From its opening in 1963 until its final emotive all-nighter, starring US soul legend Edwin Starr in January 1971, the Twisted Wheel played host to almost every major British R&B act and the very best that the U.S.A. had to offer. Steeped in black American music it is no surprise that it became the crucible of NORTHERN SOUL setting the template for all-night gatherings across the north of England.

Pictured to the left of our cover - sporting his trademark turban - is Screaming Jay Hawkins arriving at London airport with his wife Ginny for his debut visit to the U.K. on 26th January, 1965. There to meet and greet Hawkins was resident Twisted Wheel DJ Roger Eagle, a huge fan of the charismatic performer. Hawkins’ million-selling, “I Put A Spell On You” (side 1, track 8), had been recorded almost a decade earlier and released on the iconic Chicago based OKeh Records, a label very much on Eagle’s radar for its slue of cult Blues and R&B artists.

Also featured on the cover, bottom right, is the California soul duo Bob & Earl who appeared at the Whitworth Street Wheel in May of ’69 performing their original hit “Harlem Shuffle” (side 2, track 7). Earl (Nelson) also appears here as Jackie Lee with his 1965 hit “The Duck” (side 1, track 2). 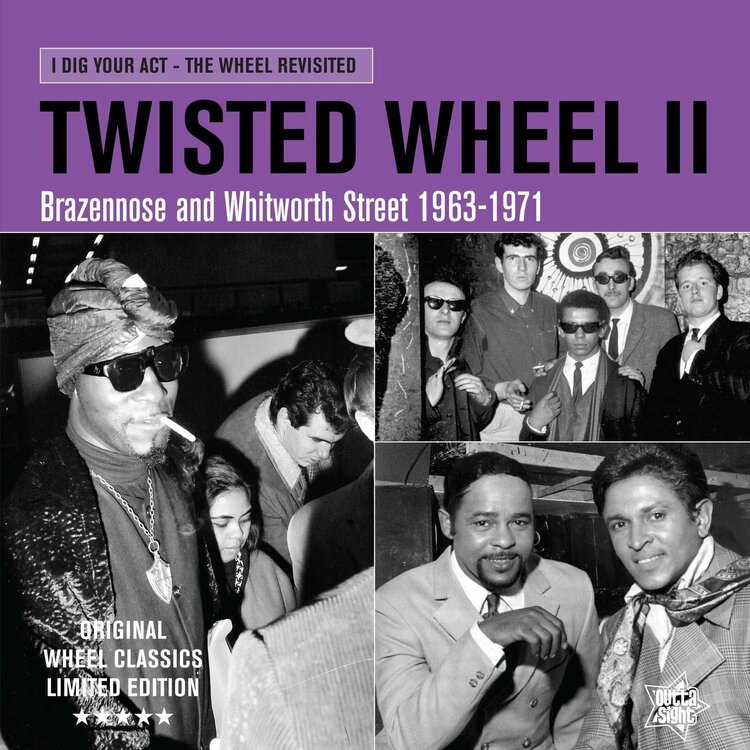