Up for grabs is a fine viny lp from Kent records that was released just prior to xmas, not only recent but also still sealed!

A vinyl album featuring 14 of her finest sides for Money Records of Los Angeles.

...Bettye wrote many of her own songs at Money. Among the few exceptions was an exquisite rendition of Sam Cooke’s ‘A Change Is Gonna Come’ from her “Make Me Yours” LP. An earlier album had been scheduled after her first hit but was shelved when the follow-ups failed. That album would have contained ‘The Dance Is Over’ and a faster version of her later single ‘I Think I’m Falling In Love’, both included here....

All you have to do this time to be in with a shout of this fine album landing on your doormat, is simply 'up vote'  this article (new members look down and right - see the green arrow? hit that and your name should register as a up voter)

A winner will be drawn out of the Soul Source hat next Friday (23rd feb) morning!

Listen while you upvote 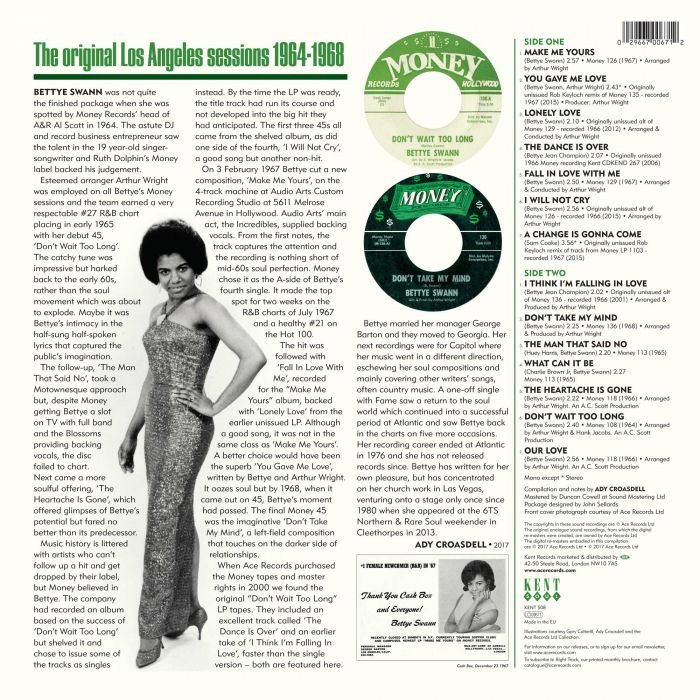