Ira Raibon Shake it off (Live) / You’re my dream (Live) 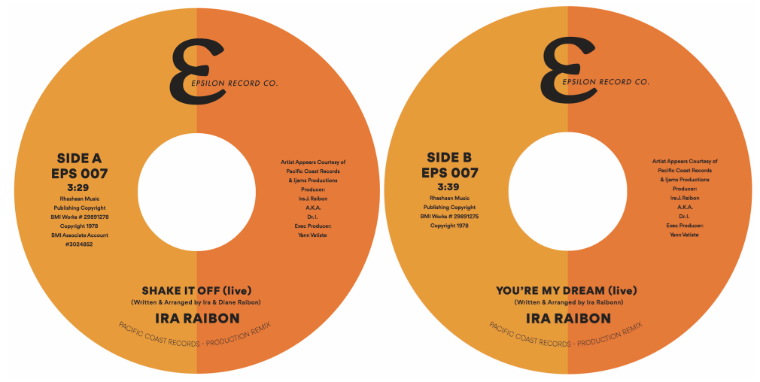 2 Sophisticated Modern Soul winners live performances that have never been released on a 45.

Ira Raibon..." Is the musical genius behind the "Indiana Funk" sound that was heard throughout the world.

Ira is also the writer, singer, and saxophonist for the "Fabulous Souls" hit, "Take Me". The song and group credited for starting the"Digital Underground" (music on the internet).

For years historians and archivists believed he was from Indiana but the truth of the matter is Ira Raibon is from San Diego's North County, Oceanside.

My mom said, I was singing at 2 months and she could put me down and I would just sing myself to sleep. At 3-5 years old, I remember listening to the old wringer washing machine and making up songs to the different rhythms it would be throwing out.

At 6-7 I rode a bus to school with high schoolers and I remember blowing their minds making up songs on the bus as we went to school. I started my instrumental study at 7.5 years with the clarinet although I had taken piano lessons from my mom prior to this.

I remember I could already play and didn't understand why I had to learn how to read music. So I threw all my books away and that had ended the piano lessons.