Following on from our previous release of two of the more in demand songs from the Washington D.C Tec label by Roscoe & Friends and Tojo, we at Soul Junction have decided to release the remainder Of Roscoe (Bowie) & Friends Tec output in the format of an EP single. 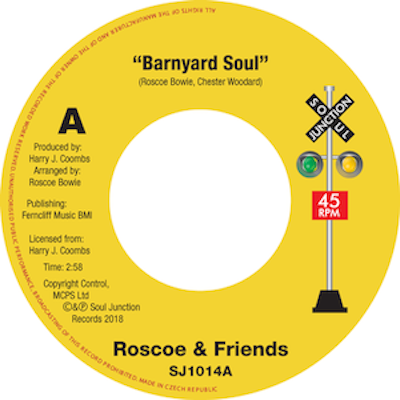 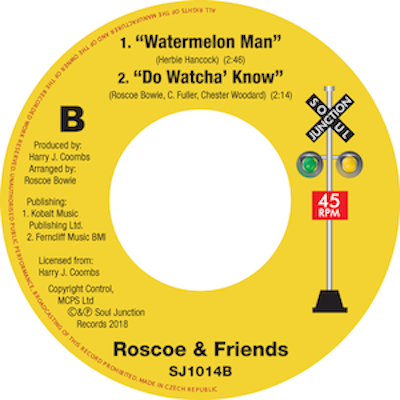 The B-side features a Roscoe & Friends cover version of the Herbie Hancock penned classic “Watermelon Man” a song first recorded by famed Latin Jazz percussionist Mongo Santamaria in 1962 and released on the Riverside Records subsidiary Battle label.  “Watermelon Man” has been covered by many, many artists ever since with Santamaria’s version being inducted into The Grammy Hall Of Fame in 1998. Herbie Hancock also, due to the popularity of Santamaria’s version recorded the song on his debut Blue Note album “Taking Off”. 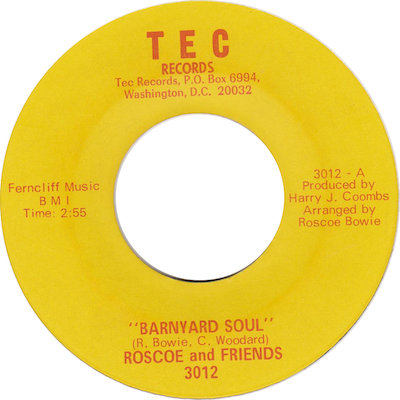 As we return to the performer on this particular version. Roscoe Bowie Jr,a talented multi-instrumentalist who had honed his skills as a jazz musician in and around Washington, D.C. As an arranger, Roscoe’s name can be found on many generic Washington recordings such as Leroy Taylor’s sublime Brunswick outing “Oh Linda”, The Ascot’s Miradon sides “Miss Heartbreaker”, “Anytime and Sometimes I Wonder”. When Knight Brothers Jimmy Diggs (of “Temptation ‘Bout To Get Me” fame) briefly accepted an invitation to join Larry Bell and Jerry Norris in the vocal trio The Carltons it was Roscoe who arranged the first two of their 3 excellent Argo 45’s “Can’t You Hear The Beat/Ooo Baby”  followed by “Easy Living/Hey, Mr. Lonesome”. Roscoe again featured as the arranger on another fellow Washington, D.C artist Andy Magruder’s 1964 Chess outing “Later Than You Think/Do You Wanta Go” released under the artist name of Andy Mack with The Carltons featuring as backing singers. 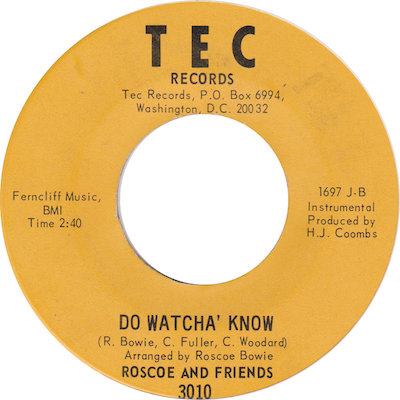 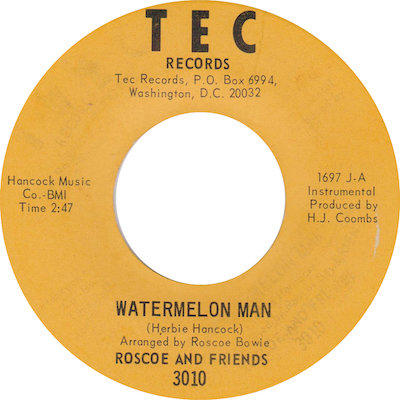 Record producer Harry J. Coombs used several local musicians on his productions such as pianist “Porkie Johnson and guitarist Buzzy Bowie (who later toured with Major Lance). Studio time was often hard to get as well as being expensive so rehearsal sessions would often take place in Buzzy Bowie’s basement. During one particular session Buzzy was joined by his older brother Roscoe then predominately a horn player, and it was during this session while jamming that the tracks “Barnyard Soul”,” Broadway Sissy” , Do Watcha Know” and the cover version of “Watermelon Man” were first laid down. Later to be released on the Washington Tec label under the artist name of Roscoe & Friends. 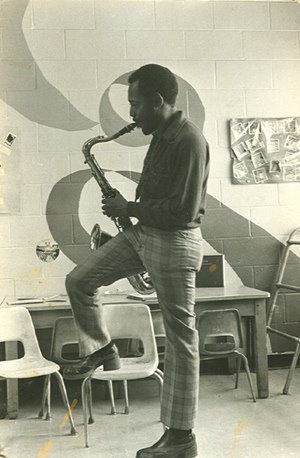