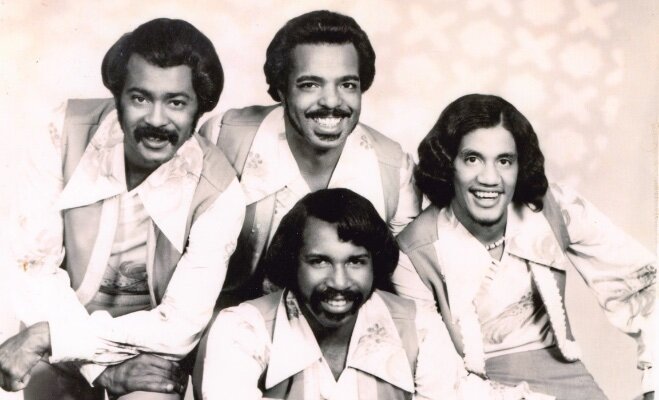 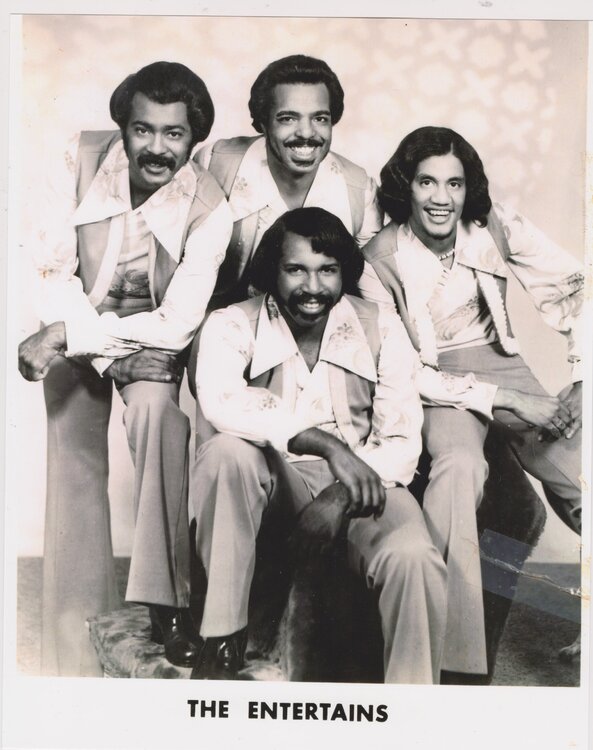 The Entertains were a vocal group from Cleveland Ohio whose line up at different times varied between four to five members. Initially signed to Belkin Productions in Cleveland the group were persuaded by Nick Holiday to move to his Pittsburgh Steel Town Records Label. The group had already been working on two songs penned by C-Way Productions Richard Calloway who had strong links with Cleveland through his work with Jesse Fisher and Lester Johnson at Way Out Records. 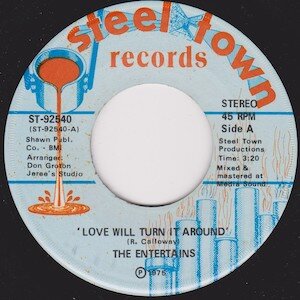 The two songs in question being “Love Will Turn It Around” and Why Couldn’t I Believe Them”, demo cuts of both songs where touted around to several major labels with 20th Century showing some serious interest, but the owner reputedly turned down 20th Century’s advances and instead chose to release the songs on his own Steel Town Label. Recorded at Jerree’s Studio in New Brighton P.A with the musical arrangements being provided by Don Groton, The Entertains 45 received limited local airplay reputedly due in part to Holiday’s refusal to provide a set of Dining Room furniture for an influential local radio promotion man. Greater radio play was eventually received with “Love Will Turn It Around” gaining air time on WANN, Annapolis Maryland’s largest Black radio station, courtesy of Disc-jockey Charles “Hoppy” Adams. For a time, a popular tune throughout Baltimore, Washington and Delaware without breaking out nationally. 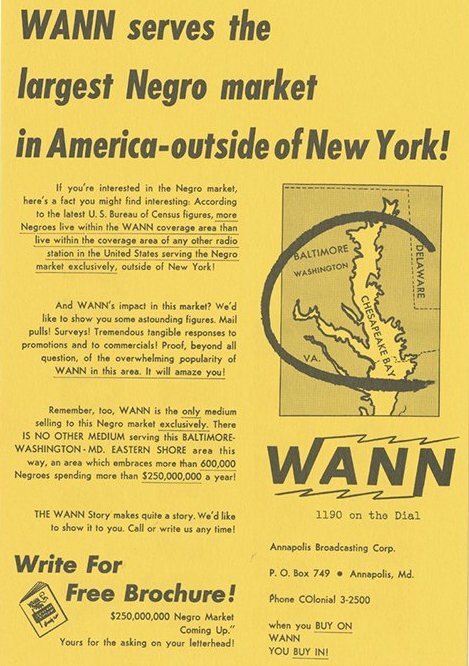 Wider appreciation of the Entertains 45 would come from foreign shores as copies of the 45 found their way in the UK. The effervescent dance side of the 45 “Love Will Turn It Around” was heavily championed by Legendary DJ Colin Curtis and became a firm favourite with the dancers within the Highland Room of the Blackpool Mecca and subsequent Northern Soul venues of the time.  The Entertains line up on the Steel Town sessions where Donald Rice, Howard Rice (the cousin of Donald) Alfred Wilson and Andrew Wright the lead vocalist on all The Entertains songs. 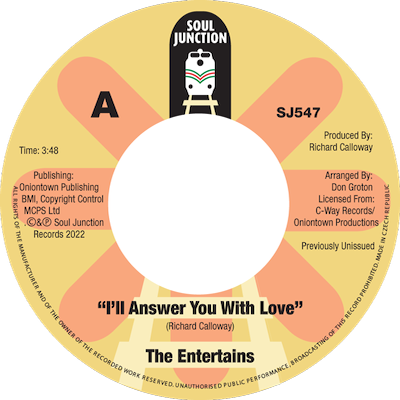 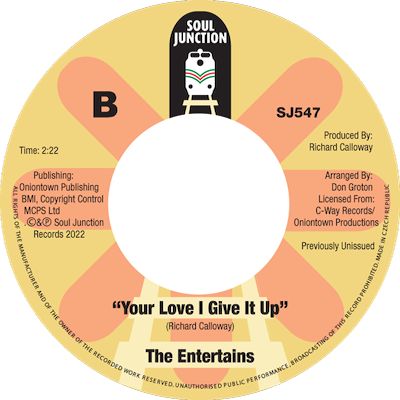 During 1978 Richard Calloway held a second recording session on The Entertains again at Jeree’s Studio’s which yielded a further two songs “I’ll Answer You With Love” and “Your Love I Give It Up” which due to lack of finance at the time of their conception remained in the can. These two songs have now been brought to life through Soul Junction’s licensing deal with C-Way Production’s in the format they originally intended for. The A-side of the release is the emotional charge stepper “I’ll Answer You With Love” with the opening monologue parts been performed by Howard Rice. While the B-side “Your Love I Give It Up” is a punchier up-tempo version of Richie Merrett’s earlier C-Way Records recording “I Gave It Up”, the flipside to “You’ll Always Have Yesterday Standing By” (C-way 103). 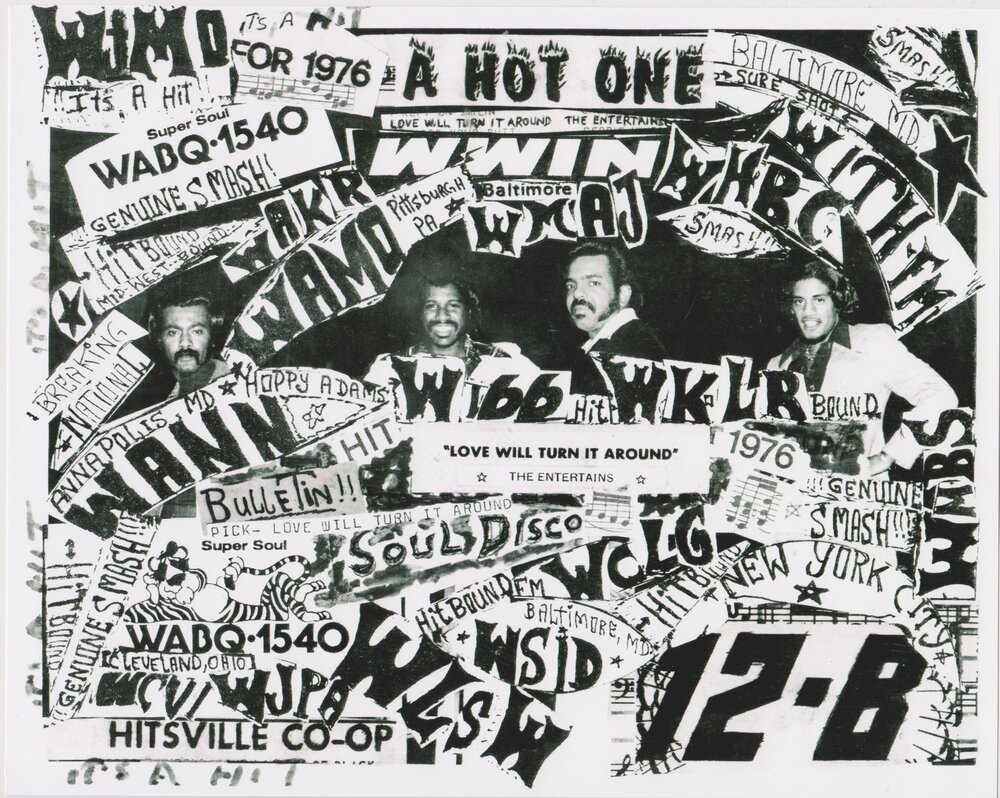 In later life Donald Rice would perform with Lonnie Turner Jr a former member of the Detroit groups The Mighty Lovers (Boo-Ga-Loo and Soulhawk) and Innervision (Private Stock and Ariola America) and his daughter Africa Turner in a vocal combo known as The Ambassadors Of Soul, sadly Donald has now passed. It is believed that the other members of The Entertains are still out there performing solo or as members of other different groups.