Stringfellow’s King Mojo set to live on in forthcoming book

Followers of Sheffield’s legendary King Mojo club are being asked to help create a final and lasting legacy to the venue following the death of Peter Stringfellow earlier this month.

The teenage club – which was opened in 1964 by the city-born entrepreneur and his brother, Geoff, who also died recently – attracted musicians that went onto conquer the world.

Arguably the venue’s biggest claim to fame was introducing the Small Faces to the audience that set them on the road to fame.

The band were originally booked to perform at a nearby Working Men's Club but they were kicked out after a couple of numbers. The King Mojo mod audience thought they were manna from heaven and the rest, as they say, is history.

Sheffield author Neil Anderson is planning to publish a special ‘King Mojo edition’ of his best selling Dirty Stop Out series in the autumn as a tribute to Peter and Geoff Stringfellow.

He said: “Few clubs anywhere created memories like King Mojo and I think it’s an important thing to celebrate. The contribution Peter and Geoff made to popular culture in the era was quite incredible.”

A strictly limited number of numbered, King Mojo special editions are being made available in advance of the book coming out in the autumn. 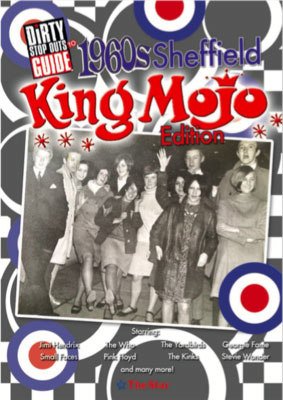