From Sly, Slick & Wicked to the Cleggy weekender

RONNIE CANADA  From Sly, Slick & Wicked to the Cleggy weekender
Ronnie Canada really is an 'international man of soul'. Starting out in Cleveland way back in the early1970's, he got his break in the music business with S.O.U.L. (acting as their roadie + sound & lighting technician). The group was centred around lead singer Larry Hancock and Ronnie has never forgotten the kindnesses that Larry showed him all those years ago. Back then Larry was already a veteran in the biz, having led the Intertains (Uptown recording artists) and written “Working On Your Case” for the O'Jays. When with the group, it was Ronnie's job to collect Beloyd (Taylor) each day and take him to the group's rehearsal session. It was Beloyd that gave Ronnie the belief that he could be a good singer himself, and set him on the path towards his later career. Ronnie continues to honour the memory of Larry Hancock by running a Facebook page that's dedicated to his appreciation. When S.O.U.L. broke up in the mid 70's, Larry Hancock helped form Truth (members: Larry Hancock, Al Boyd, Leo Green and Russell Evans). Ronnie was kept on (as their sound technician) and so got to further advance his musical skills.

By 1978, Ronnie was an important member of Cleveland based gospel outfit, the Hubbard Singers. He also secured a role in a hit stage play 'Singin & Shouting' with another member of the cast being Alltrina Grayson (later to sing with Bobby Womack). While he was in the play, he got word that members of the group Sly, Slick & Wicked wanted to speak with him. They talked and Ronnie soon found himself a member of the Cleveland based trio. The group landed a record deal with Carl Maduri's Sweet City and started rehearsing for an upcoming studio visit. Ronnie was selected as the lead singer on the song “All I Want Is You” and so spent some weeks learning & rehearsing it. However on the day the group went into the studio, with the song's composer Dunn Pearson acting as producer and arranger, group leader John Wilson decided he would assume lead vocal duties. So the track was recorded that way and the cuts were licensed by Epic in the US and released to a luke warm reaction. However, here in the UK, Modern Soul fans were soon searching out copies of the 45 and it quickly took on anthem status. Other tracks were cut by the group, Ronnie singing lead on at least one, but this failed to make it onto vinyl. So Ronnie moved on, spending some time in Hank Ballard's group the Midnighters.

Another opportunity soon presented itself though when the Blue Notes needed some new members after splitting from Harold Melvin. Group members Larry Brown & John Atkins went all the way back to the mid 60's (the group's “Get Out” period) and so had seen no reason to abandon their pedigree and give up the name. The group had already cut good tracks for Uni & Glades records (Florida: mid to late 70's) and were a popular live attraction when Ronnie joined their number. They had cut songs such as "Here I Am", "People Are Running Around" & "Standin' By You Girl", all of which soon found favour with British soul fans. One good gig the Blue Notes (with Ronnie as a member) played back then was at the Marco Polo Hotel & Resort on Miami Beach in 1982. In that period, he got to hang out with the likes of Rocky Mizell, Jimmy 'Bo' Horne and David Hudson (David being like a brother to him). Ronnie also got to record some solo tracks down in Miami with Clearance 'Blowfly' Reid and Willie Clarke, but these failed to escape from the tape vaults. However, Harold Melvin wasn't happy that two sets of Blue Notes were out there and so he took legal action against the Florida based outfit. Wanting to move on, the guys changed their name to Caviar and with Ronnie on lead vocals they cut “Never Stop Lovin' You” for Survivor (1982). They also laid down further tracks at that time but these didn't escape until an album was put out by Boogie Time Records (France: 2009).

After the Caviar experience, he returned to Cleveland (1983) and took on a long residency at the Native Son club. His next big role came when he joined the group Omari. Another member of the group was Vince Broomfield and via him, Ronnie got to know the whole Broomfield family (which included singing stars Eugene & Dee Dee Wilde). Splitting their time between Philly & Florida, the group kept very busy. At one stage they toured with Betty Wright as her backing band. In their own right, they had the popular “After Loving You” out on Bound Sound Records (1983) which met with good reaction from soul fans as far apart as the UK and South America. The group's popularity in Sth America was such that they got to appear on a top TV show in Colombia. After Omari split, Ronnie hooked up with a version of the Drifters and the group played gigs right across Spain, including a 6 month period in Majorca. Returning to the US, he went solo and cut "I Don't Believe It" which escaped on AJ's Records out of Florida (1987). Copies of this 12” sold well in the UK and that once again raised Ronnie's profile (despite his name being shown on the label as Roney Canada). This track has stood the test of time well and has been included on quite a few soul compilation albums released in the last 8 years. Needing steady work, Ronnie went back into the group environment and returning to Europe, he started singing with the Platters and American Drifters. These outfits were a top live draw across Europe but Ronnie wanted to get back into the recording side of things. So, he started to collaborate with people in the house & garage worlds, cutting for Tomohawk (“The Power's In The Music” & “Tell The World” – 1993/94) and Shaboom (“Can't Get Enough Of Your love” – 2004). This work also resulted in him being used by various similar acts, Ronnie adding his vocals to tracks by the likes of Fabio Tosti, Audioplayerz and (more recently) Darockwildas.

That just about brings us up to date. Ronnie, who now resides in Watford, keeps up his heavy schedule in the music world. He has just returned from Holland where he performed at the Bevrijdingsfestival. Next up for him is an appearance at the big 6T's Cleethorpes Soul Weekender. He will be entertaining the crowd in the Modern Soul room at the weekender on the Sunday afternoon (approx 4pm), he's sure to turn the room into a 'land of a 1000's dances'. So, if you are going along to this iconic event, don't miss the chance to catch Ronnie performing live. He's also still active in the studio and continues to work on numerous recording projects One of these (that is about to escape in a few weeks time) being the 'Edwin Starr EDM Remixes 2016' album (on which he sings). So the musical mystery tour that Ronnie has been on for 40 plus years has taken him from Cleveland, across the whole of the USA, onto South America and now Europe. Who knows what lays ahead of him, only the future will show that. 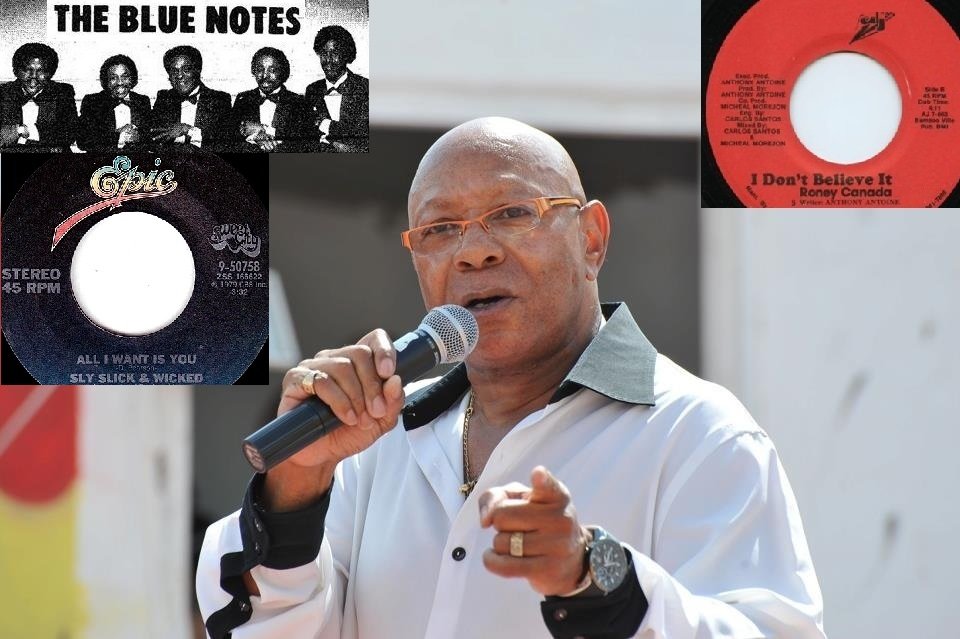