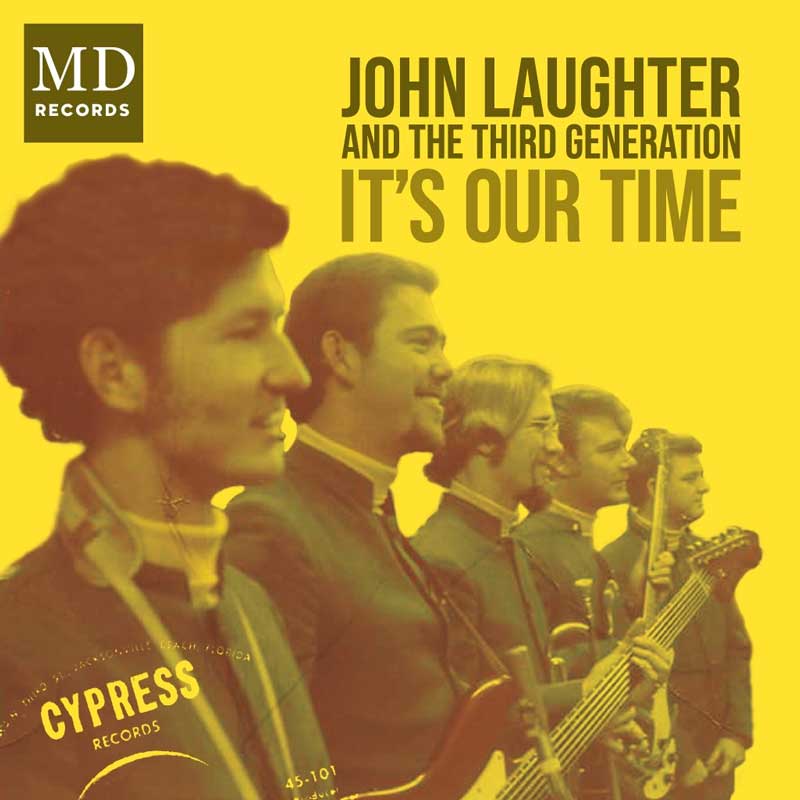 John Laughter and Third Generation - It's our time - MD Records

John Laughter and Third Generation - It's our time - MD Records

It’s our time / Dreams Of A Child

The latest release (second) from MD records on its new series of MD 45s, The MD Records Blacktop Series.

Many of you may never have heard of the band, or the track “It's our Time” or even the studio label it was recorded on. This is a tough record for sure.

When John Laughter left the Air Force in 1967, he returned home and went to College, he also picked up with local bands and started playing in nightclubs. At this time, he started to write “Dreams of a Child”. It was a simple composition, but John wanted to have Flutes and Saxes on it. Talking to the band, they agreed to practice the songs so they could start playing both songs in the sets they played in the clubs. One member, William “Bill” Tripp started writing the lyrics for “Its our Time”.

One night, a guy called Dave Plummer, heard the band play the tracks and suggested that the band should record and press the tracks to vinyl and then start promoting the band. Dave’s studio, Cypress recording studio is still going today and has a rich history of musicians and bands that have graced the studio recording rooms and is responsible for also pitting out the Jax Transit Authority single in 1978. 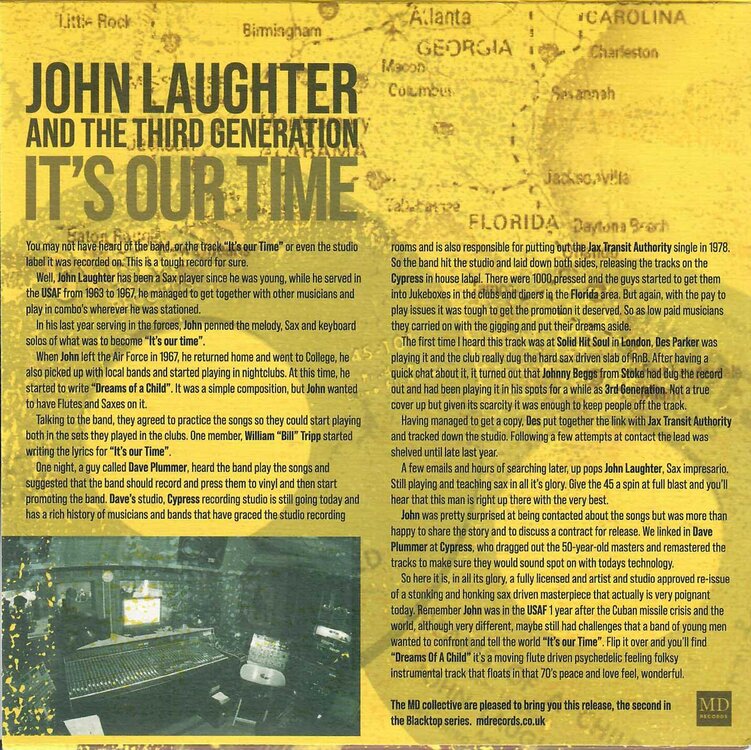