The Freedom Affair - Outta My Mind - One World Records 45

The Freedom Affair - Outta My Mind - One World Records 45

Now one of the album's most popular tracks, 'Outta My Mind', has been selected to be the first single - a priority release on One World Records.

The soulful and infectious song features Seyko Groves on lead vocals and is co-written and produced by the group's founder Chris Hazelton who operates the Sunflower Soul record label based in Kansas City, Missouri.

The 7" single is scheduled for UK release on 16 July and veteran plugger Steve Ripley will handle the national radio promotion campaign.

'Outta My Mind' is expected to provide another hit single for One World Records who've had a string of UK soul hits by Michelle David & The True-Tones, Brenda Boykin, Sean Oliver and Soulutions - all of which were well supported by radio and club DJs.

Can listen above and below... 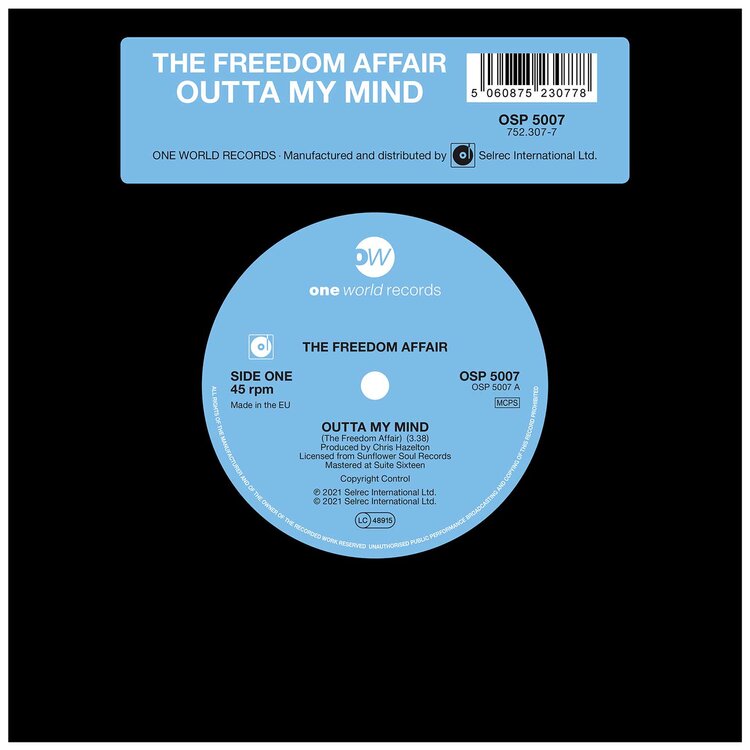