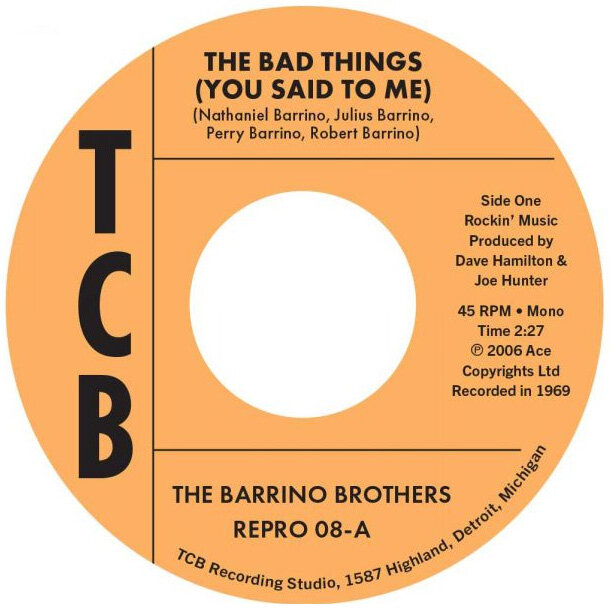 The Bad Things (You Said To Me)

The Bad Things (You Said To Me) / Just A Mistake

Detroit’s four Barrino Brothers first recorded for Dave Hamilton on his TCB label in 1969. The single went by largely unnoticed until all things Dave Hamilton-related became of interest in the 90s and onwards. The record only sold locally but the belated interest from funk fans in ‘Just A Mistake’ has pushed the price to around the $1,000 mark for a mint copy.

We’ve reproduced the label, with a subtle colour switch, and put the tape find of ‘The Bad Things (You Said To Me)’ on the A-side. That is a standout dance track that has been issued before as a now-deleted Kent 45 that looks great on the label Dave Hamilton had originally planned to release it on.