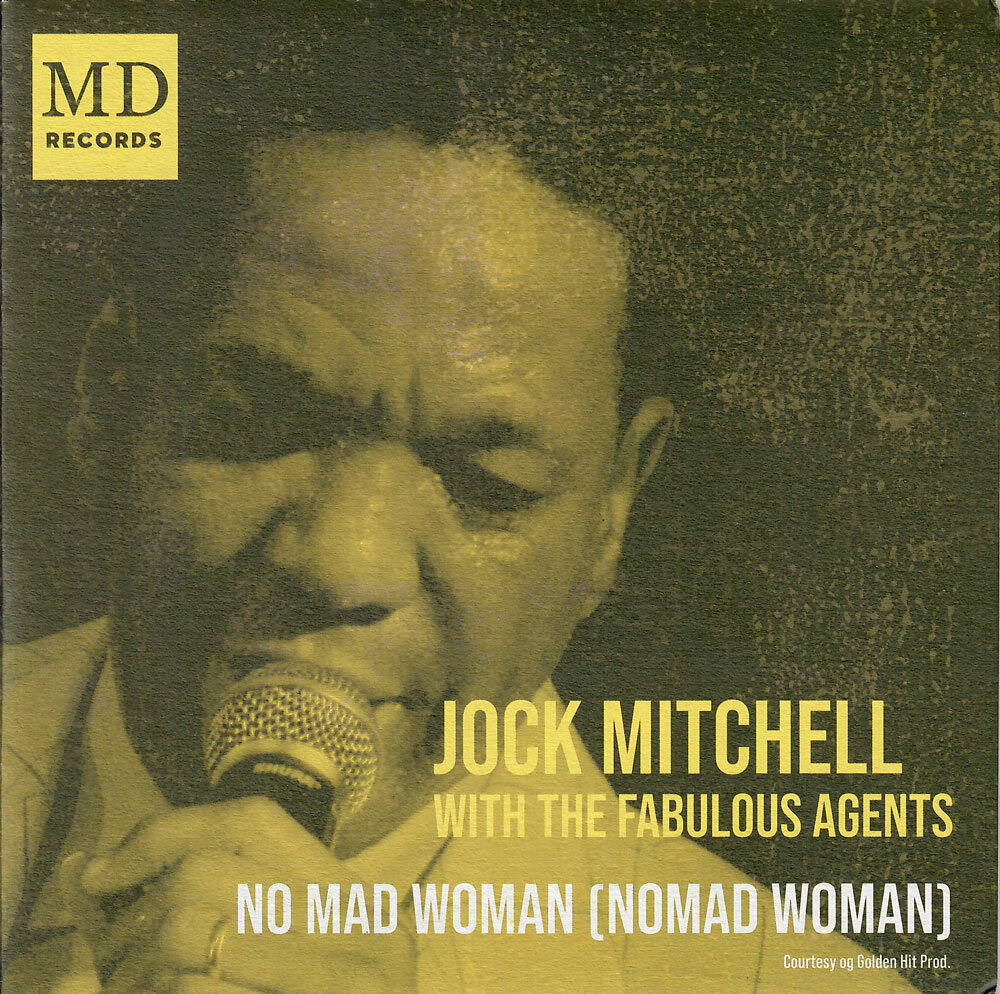 Another notable release from Md Records, digitised direct from the tapes

The fourth 45 release from MD records on its new series of MD 45s, The MD Records Blacktop Series.

Originally released on Jocks Golden Hit Productions label out of Detroit, this track has always had questions around it. Is it meant to be No mad woman or Nomad woman? Well listen to the lyrics and make your own mind up. During our conversations Little Jake – Jocks current stage name – and his manager Charles explained that it was meant to be Nomad woman – bit of a clue in the lyrics when Jock sings of a woman of the desert sands.

The reason that the Golden Hit released James Barnes and then Jock’s version of Free at last, was purely because Jock couldn’t get the sound, he wanted, on the James Barnes one.

So why have we done a re-issue on our black top label? Well firstly why not, many of the original Jock Mitchell copies have a hiss from a production fault in the pressing. Landing the masters from the Pioneer studio project gave us an opportunity to have the songs freshened up by JJ at Golden Mastering who really digs the soul sound, more so having worked for Daptone on all their production.

Historically it allowed us to fill in some blanks on the tracks, especially that they were recorded at Pioneer. It also gave us a chance to speak to Little Jake and to come to an agreement to ensure he received royalties on the tracks release. This guy is still out there singing his heart out for audiences in the US. Little Jake also explained he lost the master copies he had years ago, so we have been able to arrange to get him a set of digital masters. Luckily Gary had archived his tapes and kept copies.

Both Nomad woman and Free at Last have been digitised direct from the tapes and then been remastered to ensure the very best sound on modern pressing technology. 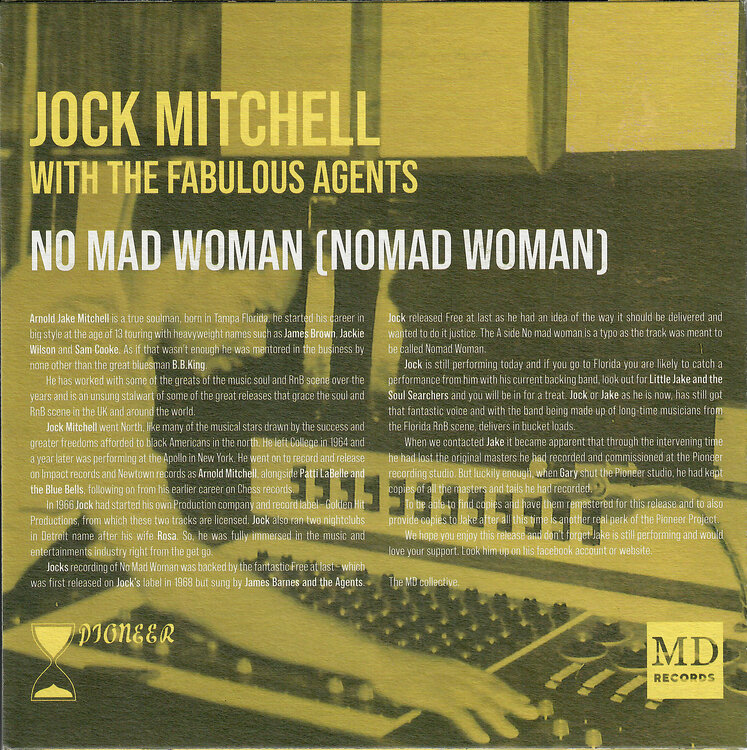