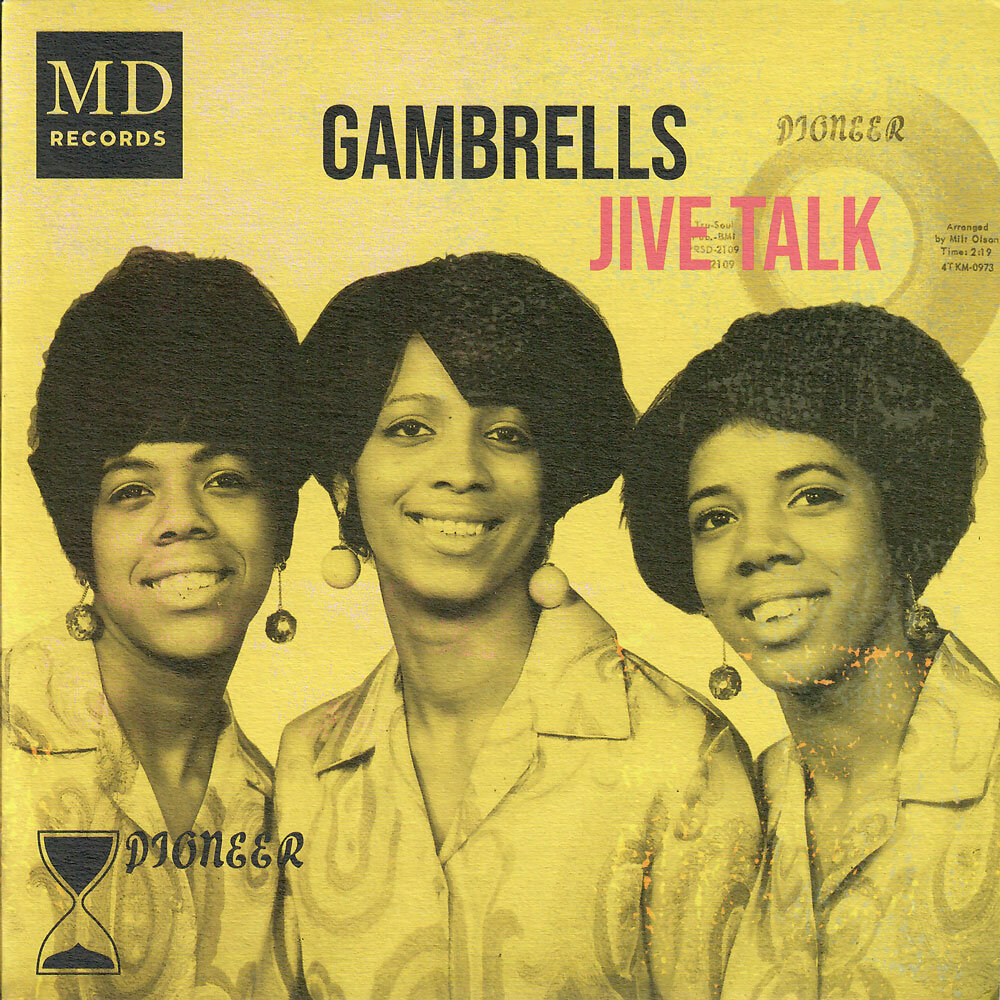 A thumping 45 for the fifth release from Md Records Black Top Series, remastered direct from the tapes

The fifth 45 release from MD records on its new series of MD 45s, The MD Records Blacktop Series.

A thumping 45 that has gained rapidly in popularity over the last few years and copies are scarce and pricey, demanding £3-400 for a mint copy. Well here is an officially licensed re-issue that is available having been remastered from the original tapes and with the blessing of the girls.

Pat, Sharon and Sandra are all still well and healthy and could not believe it when Jordan got in contact over us finding their songs, including the New Loves takes in the Pioneer tapes. The excitement they had in being reconnected to Gary and their music, being able to share it with their children and grandchildren has been great to see. Jordan got sent a video of Sharon and Sandra singing and dancing with their families which is brilliant to watch. You may have seen some of the photos on social media when the girls received copies of their songs recorded over fifty years ago.

Like our other releases on the black top label, the opportunity to bring freshly remastered copies of what is turning out to be a difficult 45 to acquire and the price is rising quickly due to its rise in popularity, really meant it was not a difficult choice. More so given that the artists will be benefitting from the increased exposure and sales.

So, in all its remastered and refreshed glory, including a picture sleeve with background notes by Jordan from his interviews with the girls, we are pleased to present the 5th release on our black top series.