Charity Soul would like to announce that with the latest donation we have smashed through our target of £50K .  The latest donation makes the cumulative sum donated to Prostate Cancer Stem Cell research a whopping £54,000 The picture below shows Professor Maitland of the York University CRC and Terry Hopkinson of Charity Soul, with committee members of Knottingley RUFC who have been a major contributor to this latest donation, handing over a cheque for £9,000.0 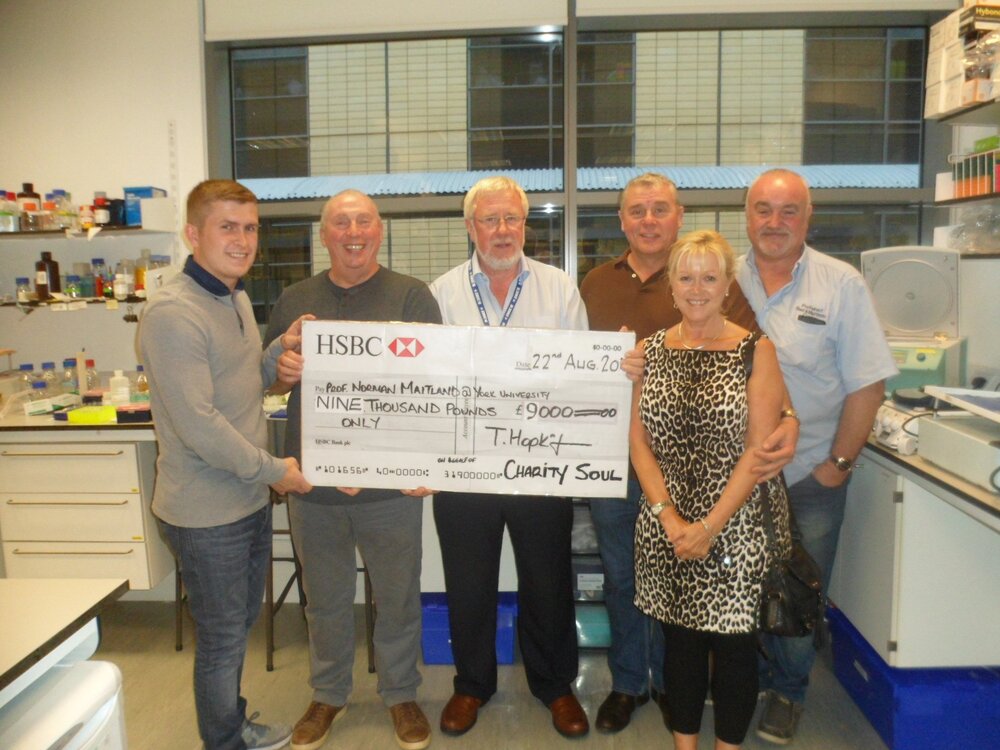 This is the culmination of fundraising which has taken place over a number of venues over the summer at Bridlington Spa, Hartlepool, Whitby, Harrogate , Gateshead and Rolleston on Dove.

To all those who have contributed in some shape or form, Charity Soul says a heartfelt thank you