Got the below press release sent in a few weeks ago coupled with a private listen of a track that my ears certainly enjoyed. As the track 'Somethings Gotta Change' is now out as a single and publicly available to all, plus it's part of an upcoming album, a quick shout of the details and the listens follows below...

Originally from Rochester, New York and now living in Las Vegas, I Am Tru Starr is surrounded by the best and worst elements of what it means to be alive in 2020 as a young black man. Something’s Gotta Change is a track which I Am Tru Starr sees as a comment on society everywhere: “This society is sedated and I wanna do my part in waking ‘em up. It’s about time real music got the light it deserves. No politics. No label tricks. No big city backing. My family explained to me when I was young that Emmett Till (whose lynching was a major influence on the emergence of Black Rights in 50s and 60s America) was a distant cousin, and what he went through has always helped to fuel the passion in my music”.

Something’s Gotta Change is the first track to be released from I Am Tru Starr’s forthcoming album, VIVA, which he describes as a celebration of life and all the important things in it that make it worth living –good, bad and ugly. With an immersive 70s-style funk sprinkled melody; strolling, infectious rhythm and lyrics which strike at the very heart of today’s social problems, it’s a track which has real heart and potency.

“Family, love and legacy. Not this bullshit society tries to get you to put priority on like money or the new hot car or whatever they want you to be enamoured with, then turn around and make you feel like shit for not having it.

Growing up in Rochester and getting caught up in those streets up there, I thought that was what life was.

Fast forward a few years, I’m living in Vegas, became a father and I now see what life is and all it can be and just how beautiful it is. We are all in a place of appreciation for life and the things that truly matter. 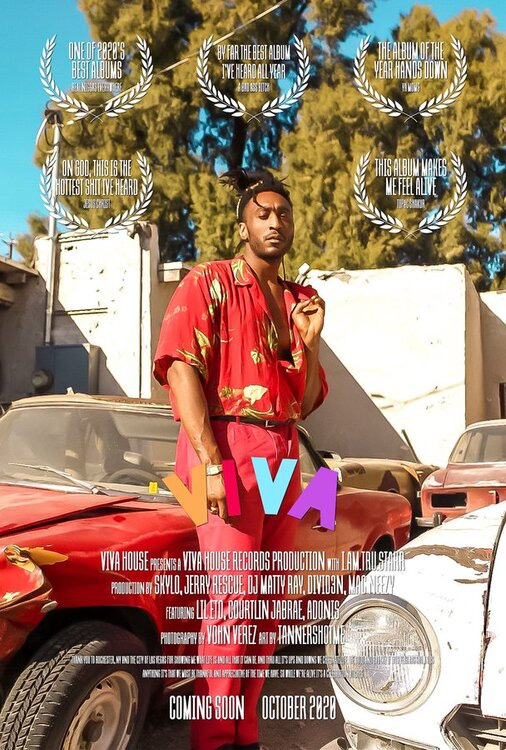