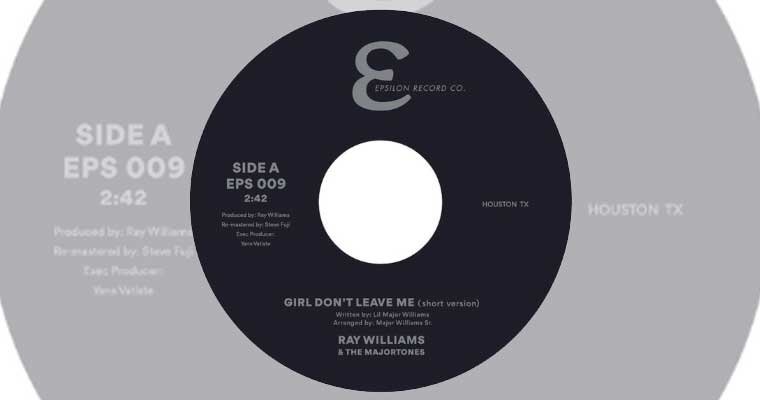 As a young kid I always wanted to be a musician especially with my brothers.

They would travel and play music at venues all over Texas and surroundings States. I myself stared playing the snare drum in Junior High school and eventually started playing with the Majortones Band which was my dad and brothers group.

I remember the first time I ever sat behind a set of drums it was like a dream come true. We were playing at this club in Houston, called the Green Parrot. Garland which was the drummer at the time, I think he got sick or something happened, that's when my dad came to me and said this your time Ray. I was so scared , keep in my I was only 11years old, anyway I played that night if it had not been for the Bass player (Fox was his name) telling me how to work the foot pedal and high hats snare we wouldn't have made he just kept telling me to stay on the one, at that time I was wondering what was the one Lol.

As time went by I started really getting the hang the thing call music.

Little Major was a big James Brown fan, so we played a lot of Brown's music and if I  tell you we were tight and right.

Major wrote Girl Don't Leave in 1978 and I can't remember the real reason for the title of song but it did really good lot's of air play.

As time went on Lil Major, Garland and my Dad passed away.

That's when I started managing The Majortones Band and to this Day it's still going strong.

I re-wrote Girl Don't Leave Me and released it a few years ago which was the best thing I could have ever done.

I feel like it's my time in the music industry, I've been playing for over forty years and I'm still in love with it and still having lots of fun.