Introducing the second release from Symphonical Records - a cult Chicano artist Mike Adame began his musical career at the age of 14 when moving to Oceanside, California in the late 60s. Singing and performing Doo Wop, Soul, Rhythm & Blues Mike brought together his first group 'The Chandeliers'. Influenced by the sounds of James Brown and various Doo Wop groups, Mike showcased his talent around California and eventually performed alongside his wife Minnie & her friend Irene, known as 'The Chili-Peppers', whilst forming his 7-piece backing band 'Barrio'. Mike and his outfit entered a custom recording studio in San Diego, 1978 to record a succession of timeless ballads, dancers and covers, 2 tracks of which are now available through Symphonical as a limited vinyl release. Mike fondly recites his music and lyrics were created with Minnie, his wife, in mind.

This is limited to a 500 7" pressing with hand stamped artwork by the artist, El Oms.

Check out http://www.symphonicalrecords.com for the sounds and please place any orders via the website. 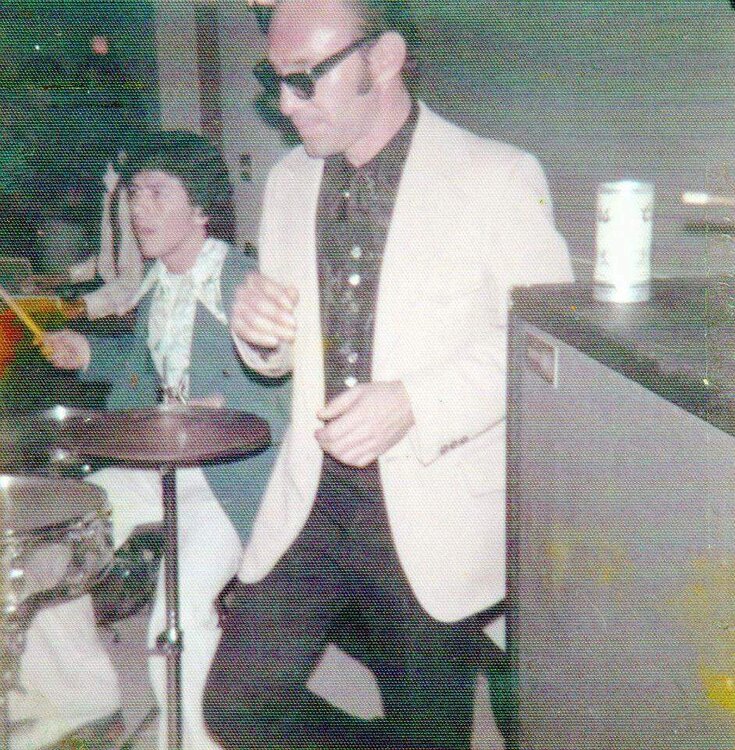 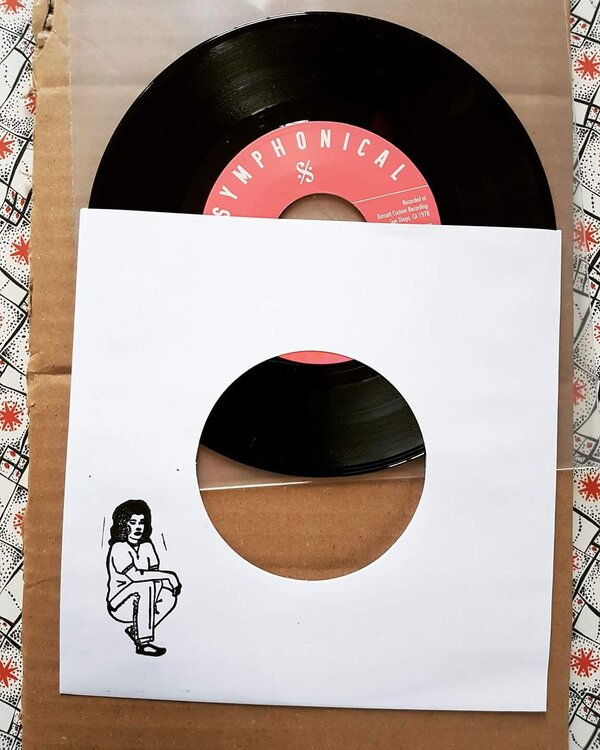