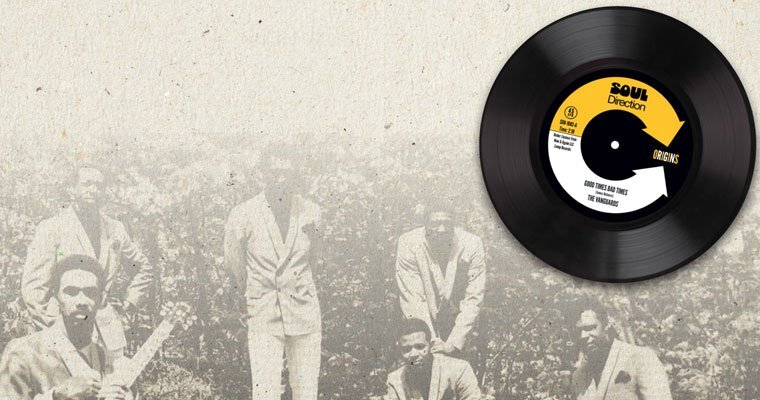 Details of the latest Soul Direction 45 release and it's a top one...

After the usual pressing plant chaos Soul Direction Records are pleased to announce the latest release to add to the "Origins" label.

The Vanguards led by James Davis were Lamp Records only top 100 Billboard Charting group and gave the band plenty of touring and concert appearances in the 1970s.

After Graduating Davis enlisted for 3 years duty in the military forces, joining the infantry. It was there he came up with the bands future name "The Vanguards" from the Vanguard rocket ship programme and formed the group which were to become a big hit performing for the armed forces until his 3-year stint was up.

"Good Time Bad Times" along with the flip "Man Without Knowledge" is arguably their rarest and most sought after outing for the label and so with the help of Now & Again with the Blessing of Herb Miller Soul Direction bring you these tracks fully licensed and ready for your turntables. 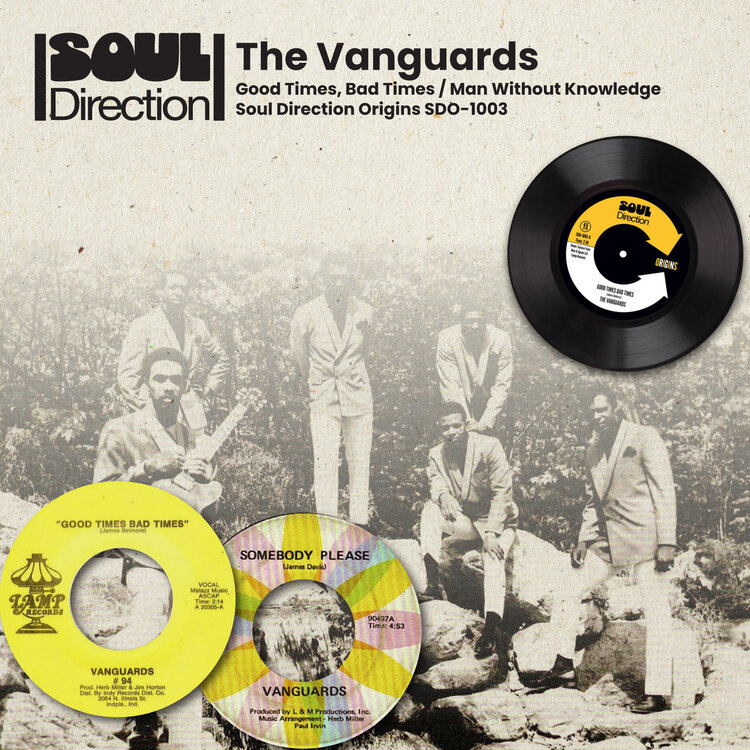 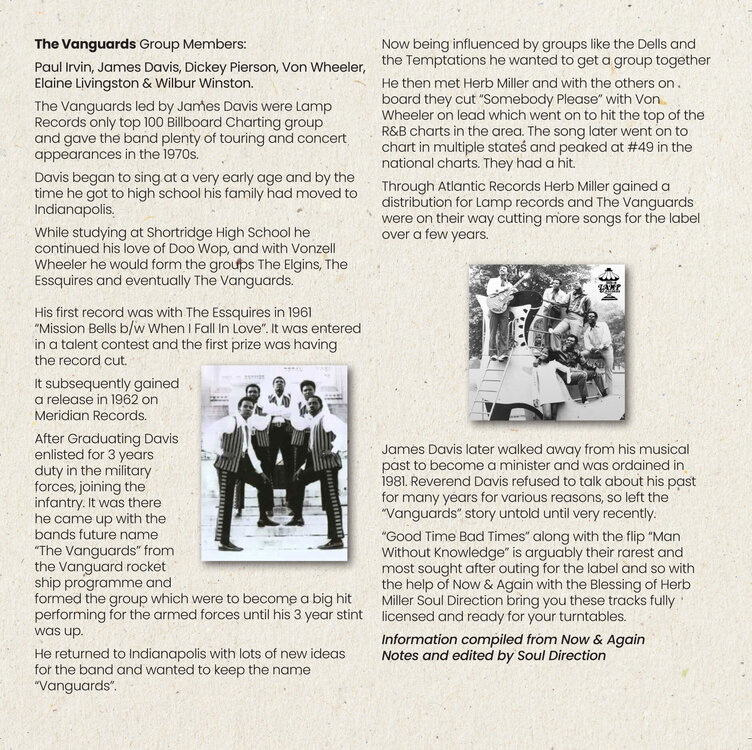 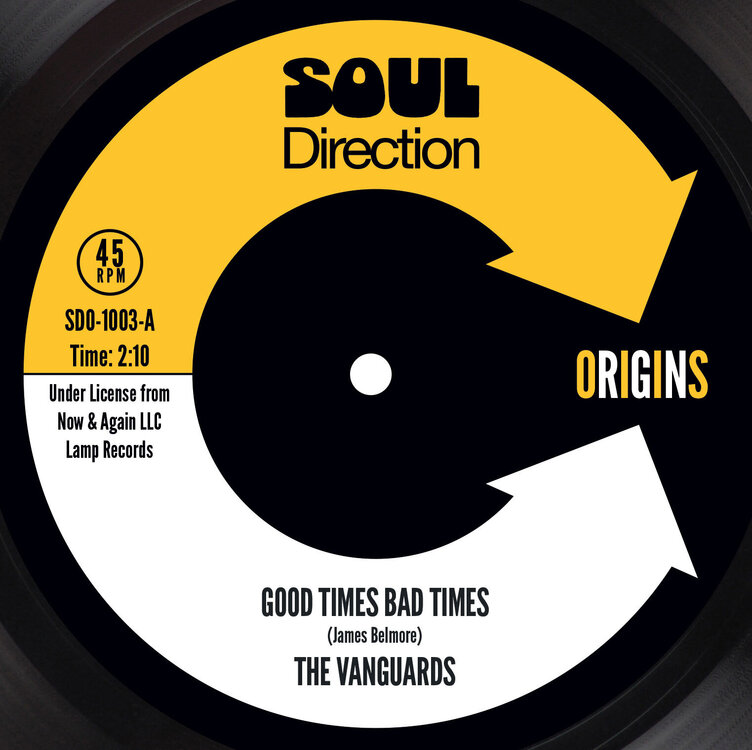 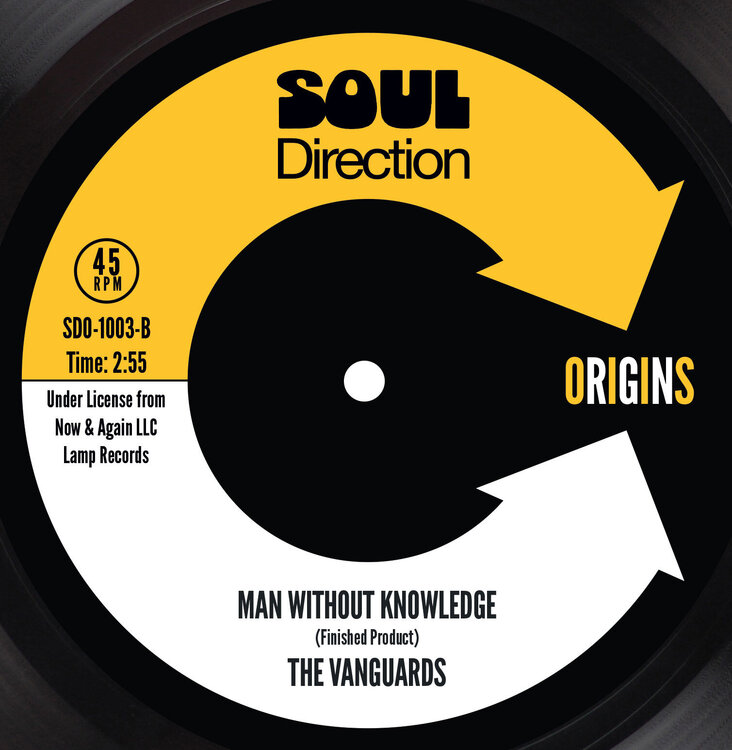