London: With a history 50+ years in the making, Tower of Power has been a funk institution since 1968, knocking out hits like “What is Hip,” “So Very Hard to Go,” “This Time It’s Real” and “You’re Still a Young Man” while lending their soulful sound to collaborations with Santana, the Grateful Dead, Elton John, Huey Lewis, Justin Timberlake and everyone in-between.

Due out March 26, 2021 from Artistry Music/Mack Avenue Music Group, the high-spirited live album and video offers a reminder of the communal joys of the live music experience, something that’s been sorely missed over this staggering pandemic year. 50 Years of Funk & Soul - Live at the Fox Theater captures their storied career with no-holds-barred victory lap concerts in Oakland, CA, performing their full spectrum of life-affirming funk and soul hits to sold out audiences in 2018.

Releasing as a 3-LP set, a 2-CD/DVD combo, a standalone DVD, as well as digitally, 50 Years of Funk & Soul is the next best thing to hearing these brilliant musicians in person. Fittingly for such a special occasion, Tower of Power went all out for this show, supplementing the core 10-piece band and its iconic horn section with additional horns and a string section. These historic performances include alumni special guests Chester Thompson, Lenny Pickett, Francis ‘Rocco’ Prestia, Bruce Conte and Ray Greene.

In the US, PBS will celebrate the 50th anniversary with a 60-minute airing of the performance beginning February 27. 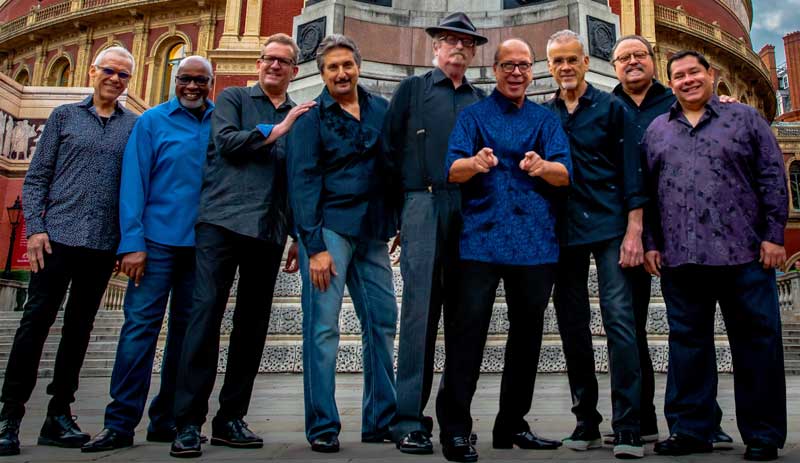 Legendary Soul-Funk-R&B Band Tower of Power Celebrates 50 Years with a Star-studded Homecoming Concert at the Fox Theater in Oakland, CA

Over the course of two memorable evenings in June 2018, legendary soul-funk-R&B outfit Tower of Power returned to Oakland, the city that started it all, to celebrate its landmark 50th anniversary with a few thousand friends, family and fans. The window-rattling grooves and raucous party spirit of ToP has been a balm for the soul throughout the band’s half-century existence, but the release of 50 Years of Funk & Soul: Live at the Fox Theater – Oakland, CA – June 2018 couldn’t have come at a better time.

Due out March 26, 2021 from Artistry Music/Mack Avenue Music Group, the high-spirited live album and video offers a reminder of the communal joys of the live music experience, something that’s been sorely missed over this staggering pandemic year. Released as a 3-LP set, a 2-CD/DVD combo, a standalone DVD, as well as digitally, 50 Years of Funk & Soul is the next best thing to hearing these brilliant musicians in person. Fittingly for such a special occasion, Tower of Power went all out for these hometown shows, supplementing the core 10-piece band and its iconic horn section with additional horns and a string section.

“People come up to me all the time and say, ‘Wow man, 50 years! We can't believe it,’” laughs Castillo. “You can't believe it? I'm the one that can't believe it. We've been through a lot of ups and downs and learned a lot along the way. We've affected a lot of people's lives and done a lot of work that we're very proud of. The band has a real family atmosphere. It's been very rewarding.”

Castillo was only 17 years old when he met Kupka and started to assemble the band that would become Tower of Power. “I had no vision at all,” he recalls now. “I just loved playing soul music. My idols were a local band called The Spyders and they had gigged in Sacramento. I thought, ‘Man, if I could just get to Sacramento that would be it.’ That's literally how small my vision was.”

The band has long since surpassed Castillo’s admittedly modest aspirations, traveling the world, enjoying hit singles on their own and backing some of the most legendary artists of the last 50 years – a list that includes Otis Redding, Elton John, Santana, the Grateful Dead, John Lee Hooker, Aerosmith, Bonnie Raitt, and countless others. In the process they’ve defined an “Oakland soul” sound as instantly recognizable as those from Castillo’s hometown, Detroit, as well as inspirations like Memphis and Philadelphia.

“Oakland is a very special city,” Castillo says. “It has a really unique type of soul to it. I loved Memphis soul music, yet because of my upbringing I always wanted to make it slicker. I think that defined my approach to music.” 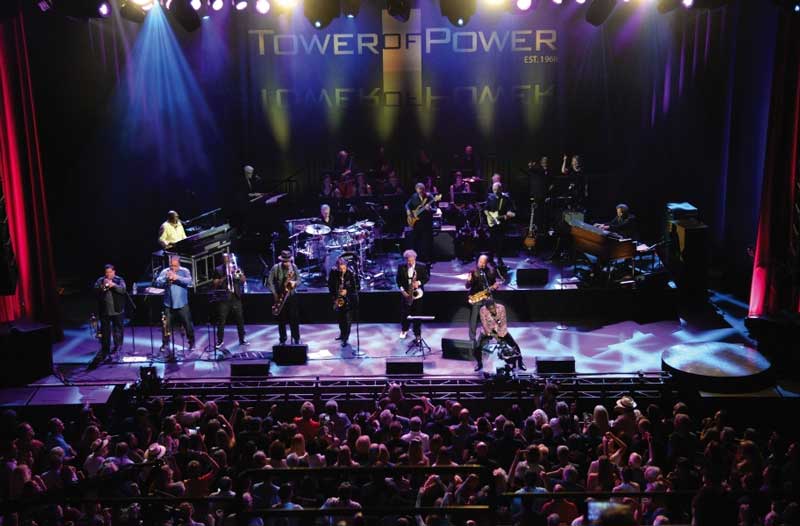 The Fox Theater, where 50 Years of Funk & Soul was recorded, is just a stone’s throw from Jack London Square, where ToP got its start at the now-defunct club On Broadway. While the Bay Area music scene had become famous because of the Fillmore, across the Bay in San Francisco, ToP launched a whole new sound and wore its less glamorous origins proudly.

“You can take the boy out of Oakland, but you can't take the Oakland out of the boy,” insists Castillo. “We always called the East Bay, where we were from, the dark side of the Bay. It was more ethnic, with a lot of blacks, Hispanics and Asians, and soul was the thing there. So, we called our first album East Bay Grease and put a map of Oakland on the cover, which proved to be a really smart move. People all over the world started saying that we represent the Oakland soul sound.”

That sound is vividly represented throughout the nearly two hours of pulse-quickening funk that makes up 50 Years of Funk & Soul. The setlist spans the band’s history, from classic hits “You’re Still a Young Man,” “So Very Hard to Go,” “What is Hip?” and “Don’t Change Horses” to newly-minted favorites like “Stop” and “Do You Like That?” from recent albums on Artistry Music/Mack Avenue Music Group, Soul Side of Town (2018) and Step Up (2020). The band shows off its taut precision on the intricately syncopated “On the Serious Side” and proves eerily prophetic by including “Soul Vaccination.”

This vigorous and dynamic live set should prove to be just that for fans around the world starved for the ToP groove over this past year. Count Castillo himself among their ranks – used to fronting the band for 200 dates a year, he’s only played a single gig since last March, joining Los Lobos for a drive-in concert at the Ventura County Fairgrounds. “It’s really been a challenge,” Castillo says of living in lockdown. He’s looking forward to resuming that tireless schedule once the coronavirus is under control. Despite the band’s long and storied history, he has no plans for retirement.

“B.B. King is my role model,” he says. “He just kept on playing to the bitter end. No matter how B.B. was feeling on the bus, he’d step on stage, the lights would go on and he'd come to life. I’ve always said that's who I want to be. My plan is to continue working and spreading the good news of Tower of Power.”


For more information on Tower of Power, please visit: