Well time certainly does fly.It seemed only like yesterday that we were at the December do.Lots of usual things to do.All flyers have been put out at venues visited.Sorted out when I could get in to set up.All dj's confirmed they'd be there.Only difference was new venue at same place but different way in.

So,on a bitterly cold saturday evening got to venue around 6'ish.James,bar manager was there albeit a bit down as his beloved Arsenal were getting tubbed by Man Ure.All furniture had been moved off dancefloor so only decks to set up.Eventually got them sorted and god did it sound good through the new system installed.

Put up notices outside for directions to get in.My partner Viv turned up about 7.45 and we were ready to go.As is the norm slow build up which does get you wondering if its all been in vain but soon picked up and we had yet another healthy attendance although some local soulies still missing.Hope to see you at next one.

All dj's turned up and big thanks to Simon Bridger for coming from Brighton,Chris Thorley from Farnborough,Danny North from Chessington and last but not least Ian Burt from Taunton.

Everyone was very complimentary and will hopefully be back on April 19th.

Would also like to say thanks to Mike for complimenting Danny on his 2nd set.I know how taken aback he was and it meant a lot.

Hopefully we'll go from strength to strength and enjoy many more nights.

After taking over running the soul nights at Bournemouth Uni from Karen (soulgirl) I wondered what I'd let myself in for.Had flyers done well in advance and got out and about in the 3 months leading up to it flyering as many local do's as possible.

Got dj's booked well in advance.

Had a few comments on the basis its the 3rd saturday of month and loads going on,looked about on various messageboards/forums couldn't find anything locally so all ok there then.

The week before was when I started to get nervous about things.Went out & bought spare stylus's and couple of other things I thought I may need.

Saturday arrived so went off christmas shopping to take my mind off things.Afternoon came,couple of calls asking if night still on,too right was the reply.Then one of my dj's Moldie phoned about Chris Thorley,one of my other dj's,he was still in hospital so Danny North was on his way down to stand in ( Top Man).

Got to Uni at 6.30pm to set up and found out builders had moved in that morning and way was blocked to venue meaning a long walk round to get in.Fortunately security decided to open up doors as another do on as well that night.

7.00pm venue set up as Moldie arrives and 30 mins later he's on the decks spinning his new stuff.

8.00pm my partner Viv arrives to help on door and I must say what a superb job she did as well so a massive thank you to her.

Now am starting to worry about people turning up but, a steady stream of soulies through the evening means I had 55+ in.

Big thanks to everyone that came especially the couple from near Plymouth who could've gone to Weston but came across to Bournemouth on a bitterly cold night.

Next one is Sat 16th Feb 2008 and I can't wait.We've got the smaller venue (The Loft) but newly refurbished and new dancefloor all is looking up for soul on the south coast.

Saturday night went along to Soul Shoes @ The Riverside Club in St.Denys Southampton.Run for the past 25 years very successfully by Gary Todd & his missus Ann.Parked up outside the club which is normally very unusual as parking is at a premium around there.Up the stairs,paid our money and in.

Now this is not a club if you're into your soul rare.This is just a small club playing tried and tested oldies with the odd gem thrown in for a crowd that are friendly and like to have a dance and a good time.

They also like to throw in the odd ska tune or two which is not to some peoples taste but the crowd love it.

I for one have been going to these nights for the past 15 years and have never had a bad one.I always try to support Gary even at his other venue (Bishopstoke) as he knows what people want and supplies it.

So in closing a big congratulations to Toddy for 25 years and long may it continue.

Am going to start my blog with a moan.Went to physio at The Royal Bournemouth Hospital today.Got there about 15 mins early with a view to getting parking slot.Drove round three pay & displays everywhere full.Asked security/car park attendant if anywhere else.Just keep driving round he said.Obviously got loads of money considering price of petrol these days.

Double parked outside physio while I told them would be late due to no parking spaces.Same guy comes along and tells me to move car.Would've knocked him over if given chance.Eventually parked in Tesco about 500 yards away.Still that was free.

Just as I got to physio reception I was called in.Don't know if my backs any better after all the prodding,bending over I had to do.

Off to back strengthening class on friday,that should be good for a laugh.Hopefully will have a job then as well as have interview on thursday.

Just wish when they built the place and had loads of space they'd put more spaces there instead of a hotel. 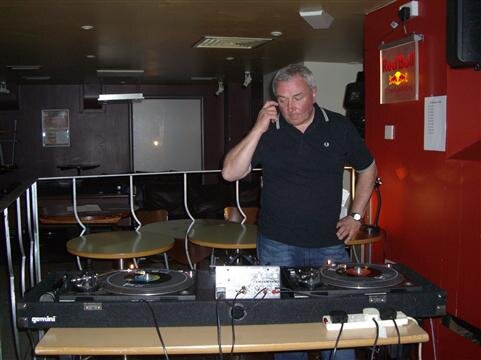 Note to the person who as a guest added two unsavoury comments which I've now deleted,if you haven't got anything decent to post THEN DON'T!!!