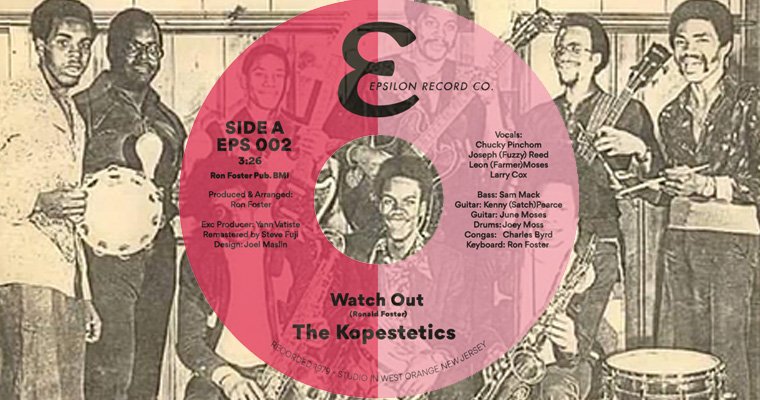 A Must-Have in your record box!

Buy It Now: (order will be despatched from Tuesday)

I come from a great musical family back ground.

My dad was a Gospel music promoter who discover groups like the Mighty Cloud of Joy. He was also Sam Cook's road manager. I did music my all life. I could talk to you all day about music.

You might know the famous movie called "Lean on Me", that's where it took place.

The group really consisted of my family, my brothers, my nephews, my cousins, basically people that I grew with.

We were was a family group!

We started under the director of William Butler. We’ve started playing in lots of clubs across New Jersey in the early 70’s.

We were doing lots of talent shows across NJ.

I recall one day we got beat out by a guy that we’ve previously won in a different talent show at the Apollo Theatre.

We didn’t know who he was at the time, his name was Luther Vandross.

We were tutted by a really famous deejay called BK Kirkland, he’s a really famous person in the music business, BK replaced radio legend Frankie Crocker at WBLS in 1976. He was the deejay and we were the band!

We’ve end up opening acts like the Funkadelic, working along side of Sister Sledge, they were friend of ours from Philadelphia. We’ve also worked with Sammy Turner also from Paterson.

We’ve auditioned with Jackie Wilson at Brunswick Records. We were opening act for Melvin & the Blue Notes, Teddy Pendergrass, The Manhattans... We were like the openings acts for so many bands.

We’ve also played in all the major colleagues across the united states at this time.

As some point we’ve changed the spelling of our from the Copestetics to Kopestetics with a K.

I had a solo act from CBS associated Records Catawba, records called She’s too Serious by Leon Moses, Jimmy Castor from Jimmy Castor Bunch was my producer.

All my life was surrounded by music, I am actually one of the last guy from the group who is still singing. I do a live stream at my church every Sunday.

This particular two songs never came out on vinyl back in the days.

We are all really excited about this project!

At the time of those recordings in 1979 those people were in the Studio West Orange New Jersey.

Produced and arranged by my good friend Ronald Foster. 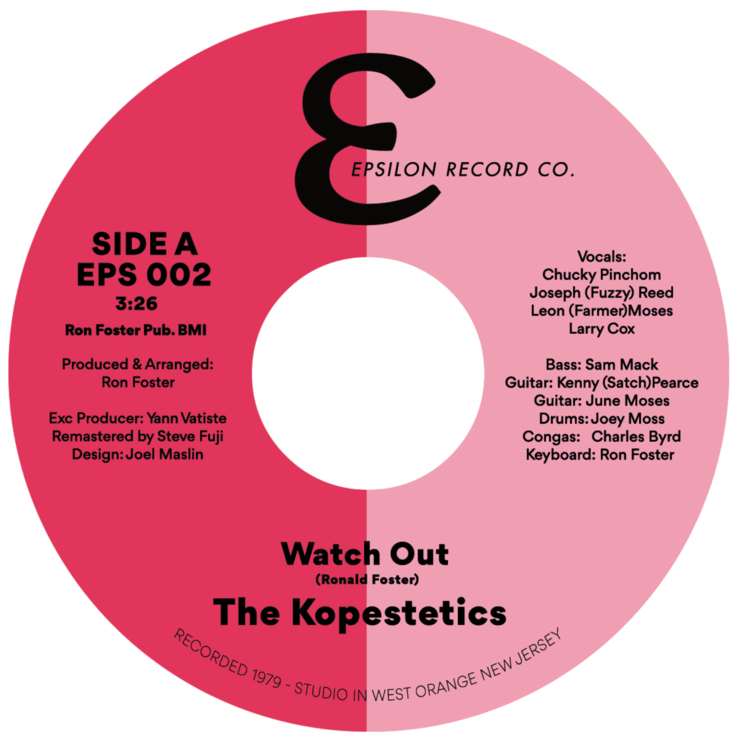 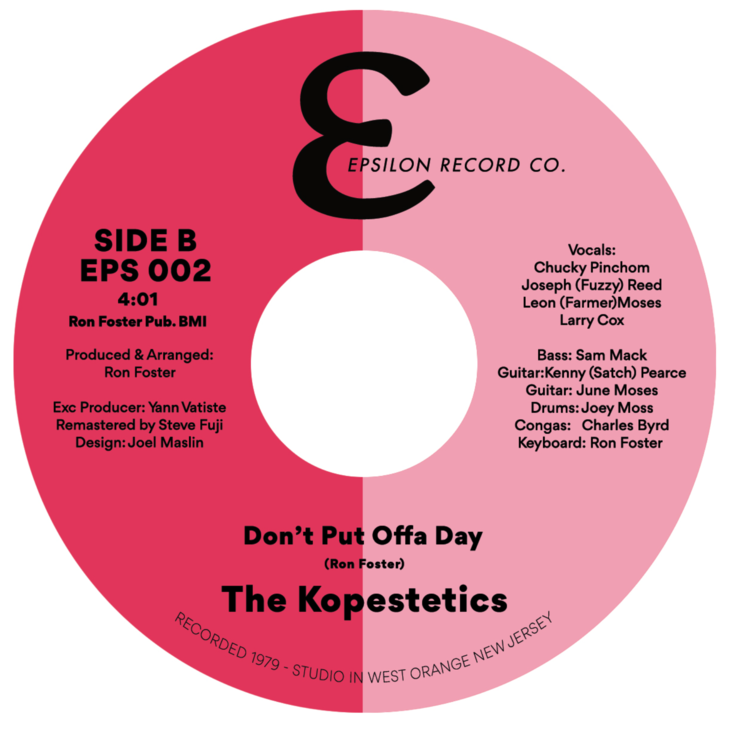 Out Now - Paris Ford - Boogie On Down - 45 - Previously Unissued