most talked about set-ups on the Rare Soul scene 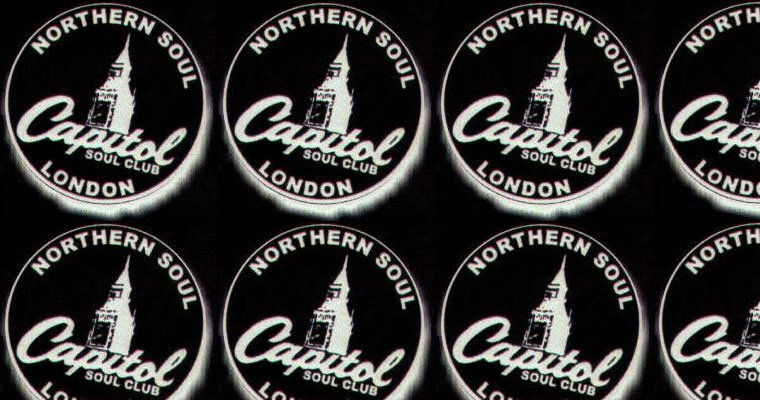 Seems like it was just a week ago that I was somewhere in North London trying to find a night club where word was some lot called Capitol Soul had regular soul nites that were worth getting to. Cutting it short, well these nites later moved location to the Dome and the rest is history.

As 3rd anniversary coming up, thought throw up this special feature to mark the occasion. (A revised version of this featured in recent "Shades Of Soul"). Gotta say have had some of the most enjoyable nites ever at the CSC events, and seeing it reach the third year point as strong and healthy as it is now a most welcome sight. Hats off to all concerned and involved from the early days to now from myself and Sue (asked to pass on congrats and regards to all) And see you at the function

One of the most talked about set-ups on the Rare Soul scene over the last couple of years without a doubt has been The Capitol Soul Club based at The Dome Club in North London. November 29th 2002 will see it celebrate it’s 3nd Anniversary at said venue, so what makes their events special enough for folk to travel to from all over the World, let alone the UK.and it’s not even an all-nighter!? First, a brief history of the club - The CSC was actually formed over 4 years ago by Irish Greg and Alan Handscombe, quickly joined by fellow resident DJ Carl Fortnum. Their events were initially based at “The Bar” in Shoreditch, where it ran for ten months before the venue’s enforced closure. There was already a buzz about the nights within the London scene and the guys were determined not to let it die at that point, so it quickly relocated to the infamous North London Pub-rock venue, The Dome, in Tufnell Park North London, with it’s larger capacity and superior amenities. At this point Matt Jahans joined the Team to look after the promotional duties including one of the first web-sites devoted to a Northern Soul club. Matt decided to call it a day this year so all the gang now share the promotional duties.

The resident DJ crew expanded early in 2000 with the addition of long time collector/music industry bloke, David Flynn. Every soul-session features a special guest DJ, and the role call includes heroes like Kenny Burrell, Andy Dyson,Adey Croasdell, Mick Smith, Gary Spencer, Andy Rix, Shifty,Tony Smith, Dave Rimmer,Dave Holt,Stuart Tyler, Roger Banks,Russ Vickers, Robo, Paul Baldwin, Ian Cunliffe, and even Keb Darge in the early days! Along with the main “star-turn” and the residents, there’s also an “early-doors-warm-up-and-coming guest”, usually one of the regular punters who has aspirations of getting behind the hallowed Dome decks.stars of tomorrow hopefully!

So,why is it that folk are talking about it all time and how has it become so successful so quickly? Firstly, the old word-of-mouth Northern Soul grapevine (including the internet chat groups KTF and Soul-talk), has lead to people giving it a try, and most then become regulars too! There is no better promotion than a personal recommendation, As already mentioned, yes we have a club web-site for reviews, photos, dates etc and yes we still flyer clubs but the positive word of mouth system is the real winner. Secondly, the main London clubs all co-operate with each other, compliment each others play lists and never clash on purpose. Thirdly, the CSC operates every other month, which means if you miss one you ‘ve got a long wait to the next one! The “Scenesville” club (recently celebrated it’s 2nd anniversary), alternates with the Dome, so there’s always a top Friday night doo to go to in London once a month. Add to these the long running once a month bash at “These Old Shoes” plus many other clubs like Soul in the City etc and the legendary all-nighters at the 100 Club, and one’s diary is now full of quality sessions to attend within the M25!

Between them they cover all aspects of 60’s soul and cater for everyone. Breaking the CSC down further - The Dome music policy The music is the absolute #1 top priority! The venue advertises, and the DJs stick to the club’s full-on 60’s music policy (OK, there’s also a small amount of 70’s/cross-over, but only a few mind!) There’s a very strong love of 60’s music within London, encompassing every genre within that time scale, and indeed it is from the more Mod/beat style clubs that fresh blood has been recruited, giving us a Rare Soul scene for the twenty-first century. The CSC will play fast and mid-tempo tunes, just as long as they are danceable and soulful as that is what the club set out to do.to play and dance to these kinda sounds.and yes all the CSC deejays are on the floor dancing as much as anyone!

The split when you come down to it is roughly 20% classic 70’s oldies, 20% 80’s oldies, 50% under played semi-knowns and 10% Dome exclusives. We’ve also given away over 500 copies of free tapes to punters since the beginning in order to spread the sounds - a practice we will continue with! The Dome venue It boasts an enormous wooden dance-floor, a faultless sound system with sound engineer present throughout the night (don’t forget it’s a major pub-rock venue so the acoustics are fantastic!), a large bar and a separate record dealers room (free tables dealers please note), all for a mere £7 entrance fee. It’s also easy to find, easy to park right next to, and has a pub underneath it to meet up at prior to the 9.30pm kick off, not to mention the abundance of kebab, fried-chicken, fish’n’chip shops and a cab office, all still open after the doo! The Dome crowd For some of the crowd, dancing is the priority, for others it’s the tunes (and naturally for a few it’s the large bar!), but for whatever reason, the membership is now well into four figures, so be early every time as it’s always a lock out by midnight! The crowd then generate one of the best positive-up-for-it atmospheres at any Rare Soul club, ever, and that’s key point number two! The floor always fills quickly (already talc’ed before folk arrive!), they dance with a passion, applaud tracks readily, and the overall buzz is so infectious you can’t help but get swept along with it, every time! The average age is early 30’s (plenty of 20 and 40 somethings, mind!) and most folk are there to dance and enjoy the music right to the very end at 3am. They receive every track as an equal and have no hang ups about dancing to a brand new track.

Everyone is there to enjoy themselves with like-minded people and the best music in the World, whether they’ve driven down from the Midlands and the North, across from Wales and the West Country, flown in from Ireland, France, Sweden, Spain, Italy or Germany, or simply hoped on the tube or bus! Most memorable Dome night Easy. we were privileged enough to have Sidney Barnes sing live on stage in June ‘01 - his first time in the UK ever, and the soulies there that night raised the roof. and almost drunk the bar dry! So, at the end of the day, it seems that the combination of a clear musical policy, the right mixture of classic, forgotten and exclusive tunes, added to a crowd with a positive approach to the scene, all mixed together at a pukka venue charging a reasonable entrance fee is a winning combination!?!

Long may it be as simple as that, as enjoyable as that as politics free as that and that the club goes from strength to strength, there truly is no place like Dome!

Sept. Jones - Give me all of your love - Pied Piper unissued.

Esther Grant - Lets make the most out of love - Wilstone.

Allen Sisters -Im in with the downtown crowd - Test pressing.

Bobby adams & Betty Lou - Dr Truelove -Tarx Utopias - Girls are against me - La salle Sonnatas - Going on down the road - Hot Line Eddie Parker - I’m gone - Awake Don gardner - Cheating Kind - Segdrick Blue jays - Point of view - jay Nomads - Somethin’s bad - Mo-Groov Appointments - I saw you there - Delite Senations - Demanding man - Way out Pat lewis - No one to love - Solid Hit Grovettes - Think it over baby - Reness Inmates - This is the day - Kopit Four hearts - Who do you think you are - Shee Antellects - Love slave - Flodavieur Jimmie & The Entertainers - New girl - Toddlin’ Town Rodd Keith & The Raindrops - The Lord said - Preview Lonnie Russ - Say girl - Kerwood Gene Toones - What more do you want - Simco Monique - If you love me - Maurci Jimmy Ricks - Oh what a feeling - Festival Mousie & The Traps - How about you - Toddlin’ Town New Wanderers - Ain’t gonna do you no harm - Ready Magnetics - Heart your made of stone - Bonnie Classics - So glad that i found you - Yang-G Magnetics - I have a girl - Rasel Curly Moore - You Dont mean - Sansu Johnny Mae Matthews - Dont talk about my man - Big D Mello Soul - We can make it - Mello Frank Wilson - Do i love you - Soul (Alright Kenny pal!) Al williams - I am Nothing - La beat Springers - Nothings to good for my baby - Wale Timmie Williams - Competition - Mala

Remember The Club is Membership only!!!

9.30 Kick Off. Xmas Party will take place on Dec.13th with another massive line up with Ginger Taylor & Robbo plus Residents.

Thanks to CSC Members/DJs/WebSites/Soultalk/KTF etc for all your support over the last 3/4 years.

Long may in Continue....

Plus a massive shout going out to Matt jahans. Greg,Alan,David & Carl. Capitol Soul