Peter Stringfellow has passed ... R I P The guy who ran the best mod / soul club in Yorkshire in the mid 60's has left us. In later life, he became a bit of a joke figure due to his lifestyle &am

Just about the biggest anthem at the Mojo ... 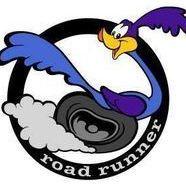 Sad to see that Pete has died, he was instrumental in the rare soul scene in Sheffield in the early 60's holding all nighters at the King Mojo until it was curtailed as his license  was revoked due to