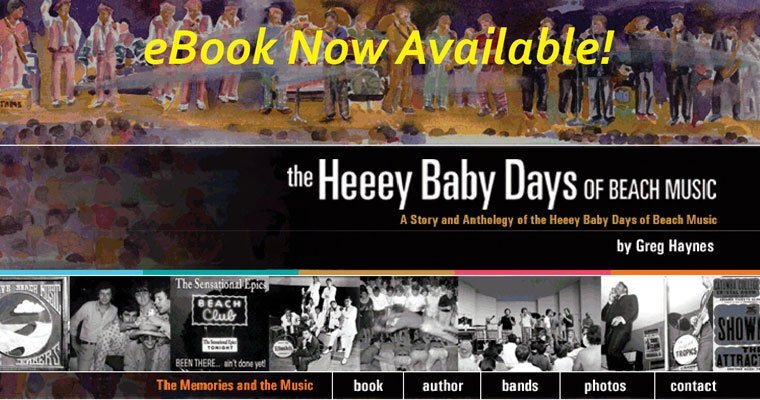 Word just in about a new Ebook version of 'The Heeey Baby Days Of Beach Music', details follow below

Greg Haynes’ massive 13 pound book—THE HEEEY BABY DAYS OF BEACH MUSIC-- chronicling stories of the bands, venues and times that were the late 1960s is now available as an eBook!  It is available through Ebay see belwo for the link

First published in hardback in 2006, the coffee-table sized book has been out of print since 2009.  The thumb drive version contains a new Epilogue that lists the later released CDs 15-17 as bonus content.  The eBook contains 557 pages and over 800 photographs.

In late 2001, after spending over 30 years reminiscing about those few years he had as a band promoter in the late 1960s, Greg Haynes realized that if someone didn't make a permanent record of the unforgettable music, times, and events of those days in the Southeast, the memories would be lost forever. What started as a book to highlight the most popular bands ended up including groups that made the Beach Music genre a significant music form. By the time Greg wrapped up The Heeey Baby Days of Beach Music, every state in the Southeast that had a shoreline was in the book. Greg's retrospective, he says, "is not be a complete anthology of the party bands of the South in the '60s; but I believe we have achieved a fantastic overview of the most significant acts of the era and many of the lesser-known acts as well."

The complete eBook on a handy USB thumb drive via First Class U.S. Mail for $29.95 +$3.19 postage and handling. You can now re-live the memories and see all the valuable (and now, many long-lost) images of the era on your laptop, computer, or tablet. 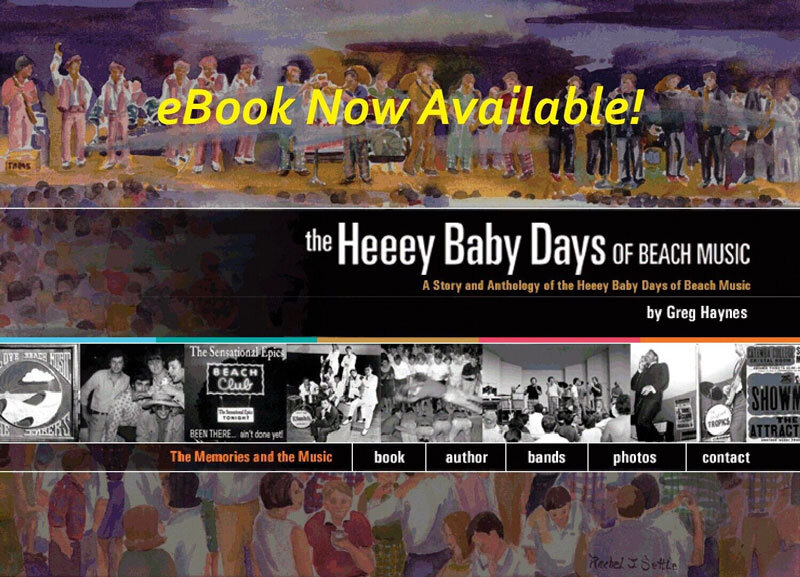