Soul Train arrives but its a been a bumpy journey !

So the first series of  American Soul comes to conclusion this week  with Don Cornelius  securing  an appearance from Ike and Tina Turner but struggling with ever present distractions such as a rocky  marriage , organised crime and his own health issues.

The BET channel were given a huge responsibility in reflecting a such an  iconic programme that  holds so many memories for its the series target audience .   There have also been expectations from Soul fans  with many of us feeling this was the greatest era of Black American music.

Former Police Officer Don Cornelius humble beginnings as a Chicago club promoter saw him realise a dream that had huge obstacles to overcome . Popular music at the time was routed through the Dick Clark Show whose legacy was somewhat trapped in his clean cut image of its 1950’s origins in Philadelphia , but was initially tainted with segregated audiences before its move to LA.

In 1971 Don convinced Chicago television station WCIU to air his Soul Train pilot locally. Whilst it was primitive and in Black and White it scored instant appeal on the streets of Chicago. Within a year Don had transferred to LA where  he drew on his links and support with Philly and Chicago artistes such as The O Jays , Curtis Mayfield , BB King. and Gladys Knight and the Pips to secure the shows  limited syndication .

Pam Brown secured the local street and club dancers who were to prove the catalyst for the shows success. Within a few years it had crossed over from cult viewing to national  and later international appeal until its demise in 1986.  It gave room to white performers such as Elton John and David Bowie dipping their musical toes in Philly inspired Soul but it never lost sight of its core audience whose were to hold it in the kind of esteem that might be reserved for Match of the Day or Grange Hill or Tiswas  in the UK. Its difficult to emphasise the cultural  value the Black community placed on the show, young and old.

“Soul Train showed the black community to itself every weekend, along with the black excellence of our greatest musical artists, and it was a breath of fresh air.”

When it was announced that  that  the cable network BET . (Black Entertainment Television ) was developing a 10 episode series depicting the emergence and growth of Soul Train there were many who reminded them of the  responsibility that comes with portraying such as iconic  cultural   show that so many Americans had grown to cherish.

So as series 1 concludes what are we to make of televisions attempts to tell its own history ?

I come to it without the cultural investment felt by its core audience and an outsiders perspective on the era, but with a long passion for the music it showcased .  It has to be said the musical content and exploration of the business and  the artists has  very much buried beneath a multi faceted series of sub plots that have tested the loyalty and patience of the most committed viewer.

Don’s struggles to get his vision established in the face of racism , organised crime , a vulnerable marriage , rightly take centre stage. Sinqua Wallls delivers a convincing  Don who develops into something of a flawed  anti hero whose ruthless streak you  almost come to accept given the obstacles of the time. A description of him as “televisions Berry Gordy” was probably very near the truth. Around him we follow the struggles and feuds  of the shows aspiring dancers and a vocal group (Encore)  We are drawn into  struggles  that include gang violence and the painful losses resulting from Vietnam, a range of feuds , betrayals and double crossing that you could be forgiven for thinking you’ve strayed into a Black American East Enders ! As if  this labyrinth   is not enough like Eastenders the show was sparing in its allocation of time on any given thread of the plot. Many of these were averaging 50 seconds before it abandoned the shark infested nuances of the music industry and took you off to Vietnam, back to an LA Police investigation or  a strike by the shows dancers. Even the shows adherents have voiced frustration at too many threads, which points to the worrying low attention span of US TV audiences or a catch all mania by the writers that tries to cover too much and ends up failing to do justice to any one of the important issues. 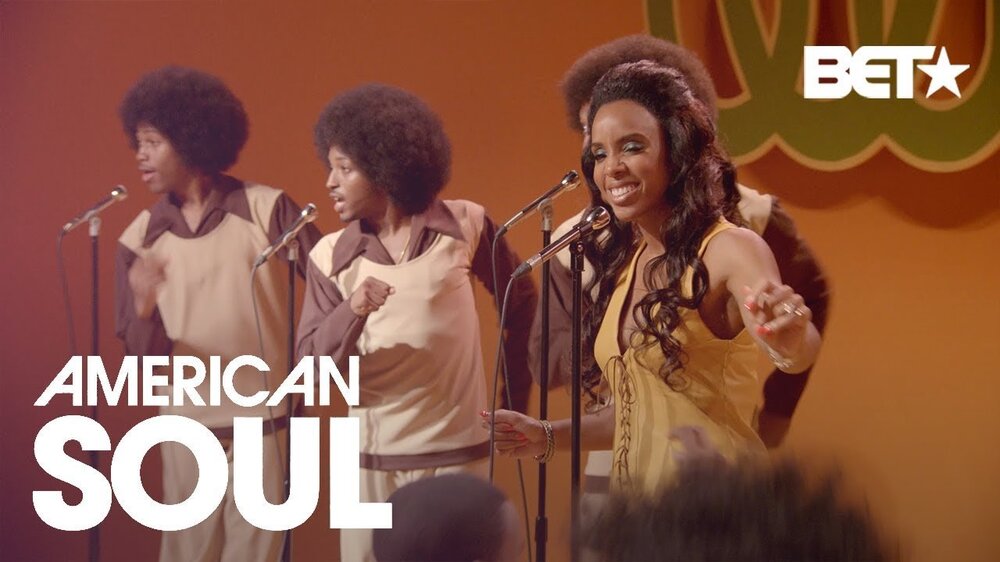 Against this backdrop the music and live performances by Soul artistes seem almost incidental and certainly sparse . Over 10 episodes  performances  included  those playing Gladys Knight and the Pips, Rufus Thomas , The Honecone and The Chilites.  Little Richard.

We see a cr 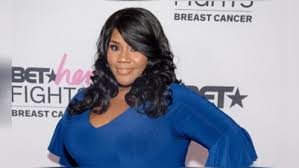 edible acting role from Gospel singer Kelly Price who also pulls off a great version of Nina Simone’s ‘Feeling Good’ as was Encore’s version of Smiling Faces. A real surprise  was Adryan  Rae’s playing Gangster Moll Pearl Madigan delivering a quality rendition of  Betty Swann’s “Im Lonely For You’  before she meets her demise in episode 9. The series dares to expose the ego’s , the payola , and control freaks and creeps at play in the music industry, then and now. Thankfully Glady’s comes out of it  in tact prepared to back Don’s dream whilst patronising diva Diana Ross coyly tells him to come back in a few years. It was always going to be a risk trusting such an iconic piece of TV history to a cable channel putting out Pimp My Ride and Hollywood Husbands. I 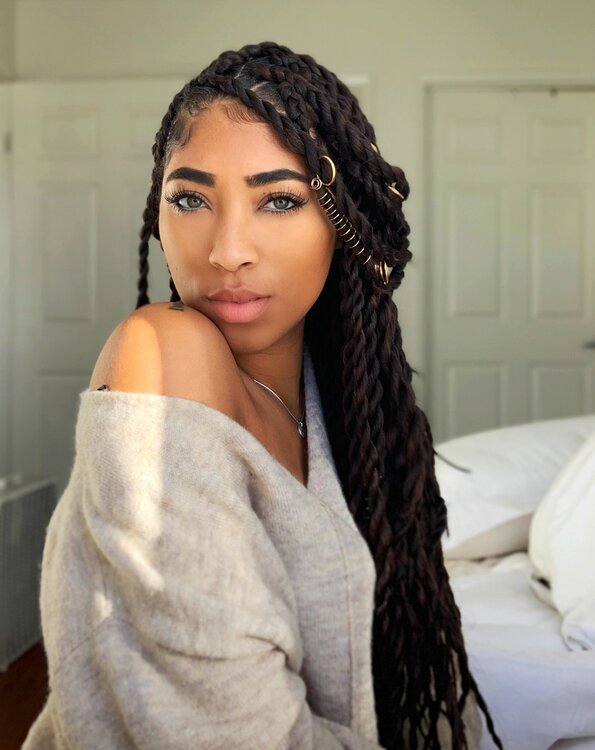 f you take out the trailers , advertising (up to 9 ad’s !! ) and fillers , we might have got a better story from a cinema film production . Cadillac Records, Ray , Get on Up all provided credible accounts of similar stories. Personally I think it would have been far safer in the hands of Spike Lee who would have been in his mid teens when Soul Train took off and has a credible pedigree at exploring Black American culture and history.

Despite its flaws I have invested too much in it not to track its return for a second series . For those of you lacking the patience but who want an abridged , dare I say it sanitised  history of Soul Train’s cultural significance you could do worse than to access via U Tube “Soul Train The Hippest Trip in America”  An hour long tribute produced by J Kevin Swain in 2009 3 years after Don Cornelius had tragically taken his own life. 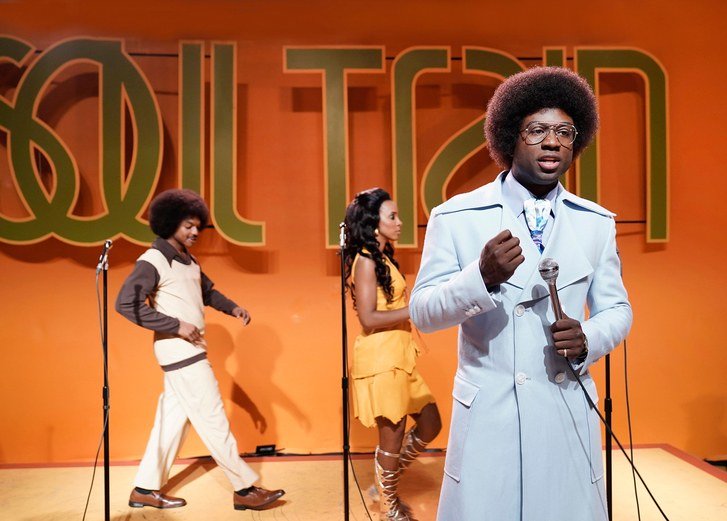