Yet another "oldie" Pete Smith from the 90s 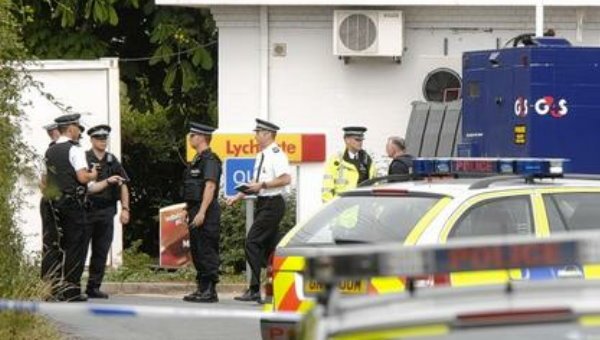 Yet another "oldie" Pete Smith from the 90s

Here's a bit from Pete Smith , regarding a letter that was sent to him a few years back. Interesting stuff for those who used to think legal re-issues helped the artists

My name is Lorraine Silver of "Lost summer love" fame. Hopefully your eyes have lit up with instant recognition!! Ive just read your article in Richard Domars fanzine and just had to write to you failing to obtain any phone number from GPO. My story goes like this; believe it or not I knew absolutely nothing about my Northern Soul success with Lost Summer Love until last year. I made it along with another track called "The Happy Faces" in 65 when I was just 13 years old. I got a recording contract from Pye Records by making a do it yourself plastic disc in Woolworths and walking round to the studios with it. From that I got a contract. The records were expected to do really well at the time but they didnt.

End of story...well although I got loads of publicity at the time being only 13 and all that, the records werent hits. Ive always kept on singing. I still sing with two girls and we do the cabaret circuit.

It wasnt until last year when a friend of mine spotted my name in Blues & Soul magazine under the Northern Soul page. Some DJ from warrington had listed my record as one of the greats of the Wigan Casino era. When I saw this I almost passed out. At the time I didnt know too much about Northern Soul (although now I obviously do). My personal taste is soul i.e. Anita Baker etc. I started investigating and suddenly realised I had loads of royalties owing to me as when it was re-released on Casino Classics in the late 70s it sold 34,000 copies! I knew absolutely nothing at all of this. I then rang up the newspapers and various took up the story. I also got on LWTs news with the story. As you can imagine Ive gained lots of contacts during the past year and Im really keen o learn more about my record. My Dad flipped when I told him people were paying up to £40 for an original copy. I would love to know any more details about it at all if you can help me. Also does it appear on any of the Wigan Casino tapes you mentioned in your article?

I now do P.A.s around Essex for a N.Soul DJ I got to know and the kids are now playing The Happy Faces in the clubs. It was never re-released. Ive sent a tape of it to Richard Domar as hes never heard it. (Pat Brady wrote an article about it in Echoes) When convenient Id love to hear from you, you can phone me on ..........

Looking forward to hearing from you,

I did speak to her a couple of times and sent her a tape with her record being played at Wigan, she was very nice. But what about those Casino Classics people then eh? Wonder who lined their pockets with Lorraines royalties?

Lorraine Silver A Catch Up and New 45 News