if anyone else would like to send him a letter

Tony was the best dj at the Highland Room in Blackpool during it's heyday of the early 70's. I became friends with him in 71 when us London lads would make the long journey up on a Saturday morning. We all fell in love with Judith but Jebby was one of the highlights of a Saturday night. Such a personality at the decks and on the mike.

MS is a terrible disease and I will say a prayer for him. So many great memories especially him playing Wendy Rene and his catchphrase "meantime!"

Update on Tony Jebb - I spoke to Tony's daughter, Natalie, today and would like to provide an update for friends on his current health condition. Tony is living in his own place which is a 1 bedroom unit in a community care neighbourhood in Blackpool where he is visited by care workers regularly. Natalie lives very close by and also sees him regularly.

Unfortunately, Tony is now bedridden due to his poor physical condition even though he underwent two hip replacements and many years of physiotherapy. He has lost the use of his right hand which was his writing hand. The good news is that Tony has not lost his spirit and sense of humour and reads with the aid of glasses. Natalie said that he would love an iPod with northern soul classics so, job done. As soon as I can load one up with tunes it will be on its way to Blackpool!

He gave a lot of pleasure to many of us in the 70's at the Highland Room so it's the least we can do.

I will also write a letter to Tony so if anyone else would like to send him a letter Inbox me and I will ask for permission to give out his address. 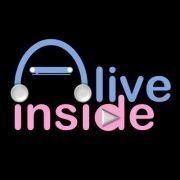 In conjunction with sending the iPod to Tony I have just launched a campaign to persuade Apple to start redistributing used iPod Shuffles to the elderly & infirm around the world. At the moment they only have a recycling thing and they re-sell them to the "electronics industry". It's about time they did some CSR and gave back to the community. Please take a look at my campaign page at: