MD Records have been busy, they have just released a batch of 3 new 45s, featuring tracks from Ruby Andrews, Mary Gresham and Bottom and Company.

You can read the release notes from MD Records below... 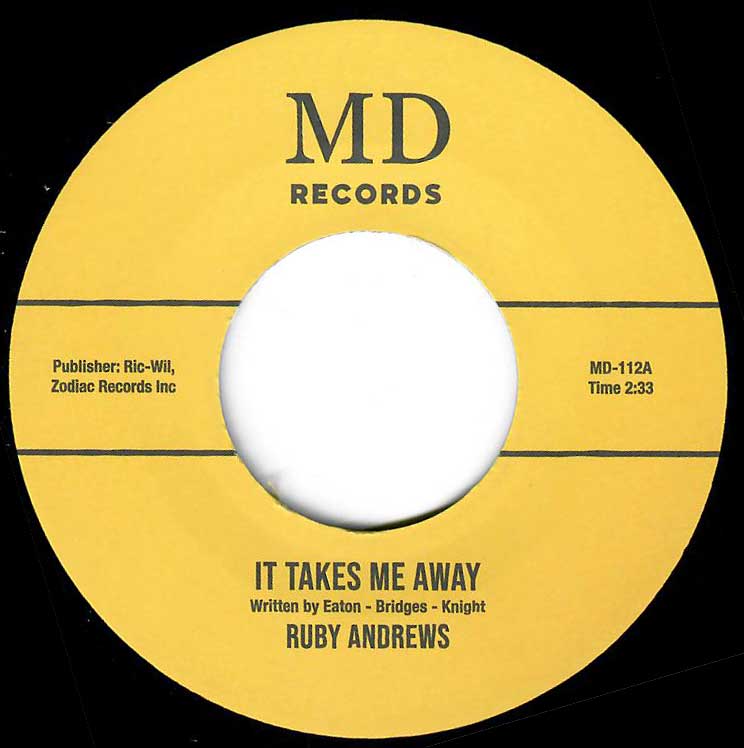 We heard about this 'It takes me away' a few years ago and started conversations with Ruby to see what she was up to and was she interested in getting the track out there. This is the first song she recorded at Zodiac, and in her words she didn’t think it was strong enough back then, so it didn’t go through to final mastering for a commercial release. This is such a historic track that we just had to get it to a release.

PLEASE NOTE – The sound quality while good is not “up there” with other releases, but it’s still a brilliant dancer!!!

It’s coming out backed with Ruby’s personal selection of one of her more modern, unreleased tracks 'You're My Life'.  Two sides from one of the evergreen artists on the soul scene, never previously released. 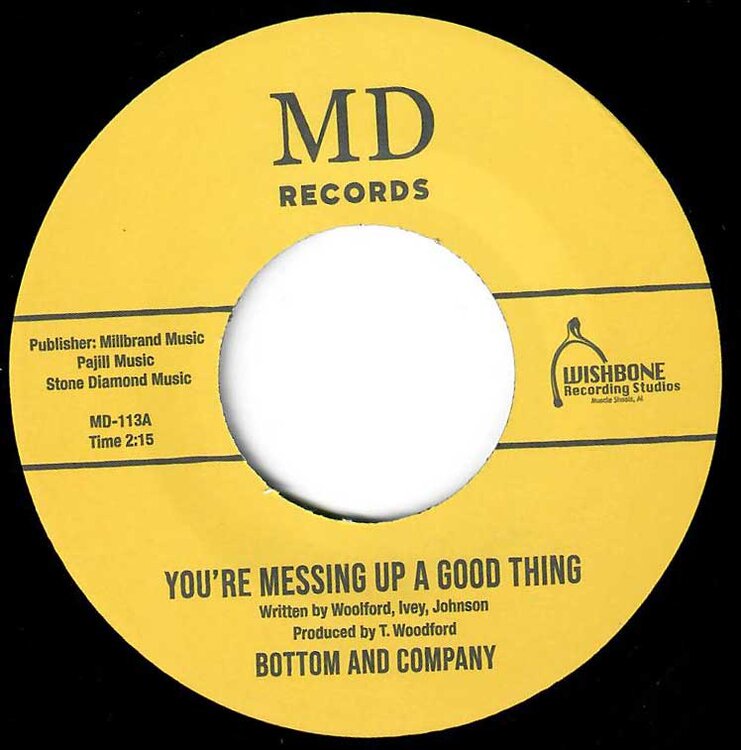 It's not often that we have a conversation with Jordan where we don’t come away feeling like we have been through a whirlwind of inspiration and ideas. One particular conversation led to a discussion about new tapes he had acquired and one in particular from the Wishbone production company.

Wishbone was the name of a production company and studio owned by Terry Woodford and Clayton Ivey. These guys worked at Muscle Shoals and went on to be snapped up by Motown as writers and producers before moving on to start their own studio.

This band is known, has some great tracks but never got the backing it deserved to go the distance. With only a handful of released tracks to their name Motown didn’t get behind them. Imagine our excitement when Jordan starts to play the tracks from the tape and there are 2 unreleased tracks on it. Following a quick chat and verification that they were unreleased; we started to hunt down the rights.

Following an intensive week or so of conversations, Terry not only agreed to work with us but then proceeded to share his knowledge and catalogue with us to see what else might make it to vinyl for the first time.

This is a great double sider with the A side being a fabulous 70s/modern version of a classic track that was also sung by Bobby Sheen and Bobby Womack. 'You're messing up a good thing'. There is every possibility that this is the first recorded version of this masterpiece of 70s soul.

Flip it over and the skilful writing of JJ Boyce is delivered through a soulful group harmony track that is a fabulous balance to the powerful A side. 'I'm Sorry' 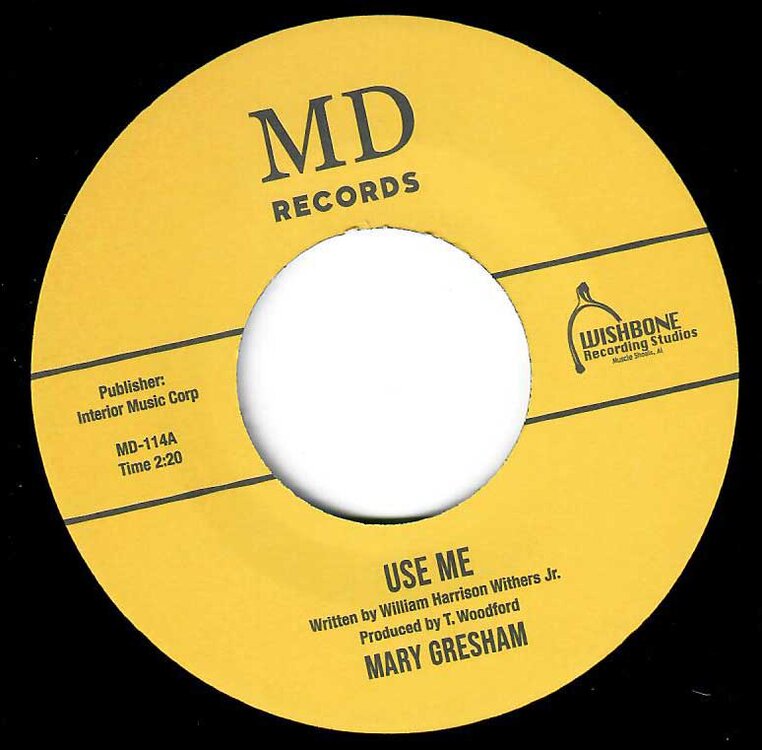 Following hot on the heels of Bottom and Co. is the fabulous Mary Gresham – brought to prominence in 2008 by Gary Cape on his Soulscape CD – “Voices from the shadows”.

The top side 'Use Me' is a previously unreleased to vinyl track that delivers through a sophisticated sister funk track that should never have been hidden away for so long. Mary is still performing today with her band – now that is testament to her abilities and she really should have more accolades than she does. Mary Gresham shows her powerhouse vocals in this moody and sophisticated slab of southern magic.

Flip the single over and an upbeat southern upbeat masterpiece is laid out before you,' Nobody's Gonna Turn Me Against You ' the beat being carried through the bass lines and brass. Both sides are brilliant examples of southern soul.

All three 45s are available right now from the usual online suspects  and from MD Records website as well
https://www.mdrecords.co.uk/