If you have not come across Roland before then be prepared to hear Soul music at its very best. Roland lives in St Louis, Missouri and up until the age of 68 had been plying his trade in front of live audiences and on a couple of releases. Most of the songs were adaptations of standards and other writers’ songs but expressed in such a way that you could hear Roland’s life experience shining through. 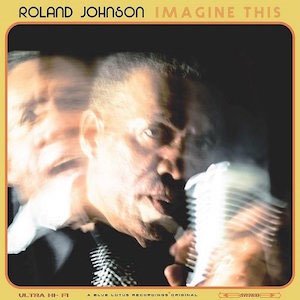 Come 2019 and Roland set out, with fellow musicians and producers Paul Niehaus IV and Kevin Connor amongst others, to create a 10 track album follow up to “Imagine This”. The aim, to drive forward in search of redefining, St Louis Soul reaching far beyond the boundaries of the Gateway Arch and firmly putting the great city in the limelight for its musical talent.

When you listen to both albums you can hear how far Roland, with the support of the band – there’s no MIDI here its real music and soul through and through, has developed the sound and brand of music. 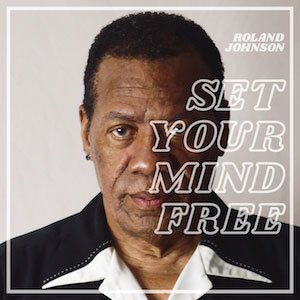 The title track “Set your mind free” just jumps out of the speakers and drags you into the story. This is a dance floor winner in all counts, the rolling drums and superb brass work underpinned by that driving strings section. Fabulous production overlay Roland’s gravely soulful delivery with the backing group piercing the song with a sweet punctuation. The Southern guitar lines remind you of the fact this is Soul tinged with the South and all the pain and heartache life can deliver. Its message clearly that you can rise above the day to day world and achieve whatever you want, just Set your mind free.

Flip it over and just let “Now your gone” wash over you. The fabulous production, the arrangement with Roland just letting his heart pour out the pain of loss. If this doesn’t pull a heart string then you need to get checked out!

The album was picked up in the UK by DJs such as Cliff Steele, who following a visit to St Louis, started including the title track in his playlists, Andy Bellwood who was playing it on his radio shows and Brian Goucher to name but a few.

The track lists on both albums really cover pretty much most genres from the properly deep through the sweet soul ballads to the feelgood winners all just laden with brass and strings.

Roland recorded both albums at the Blue Lotus Recording Studio in St Louis, set up, owned and run by Paul Niehaus IV – the studio was wet up in 2016 and is a traditional grass roots affair, self-funded by Paul who is himself a multi-talented musician, songwriter and producer. Kevin Connor, also a talented musician and producer, who is part of the studio and can be heard on the albums, along with a host of other musicians and singers. Blue Lotus has an ethos of community to it that comes through in its musical output.

The Studio is heavily entwined in the St Louis music scene, having produced 5 of the St Louis Blues Society compilation albums and having received 3 nominations for the Blues Blast Music Awards run by Blues Blast Magazine out of Chicago.

Blue Lotus had been looking into breaking more into the European market to gain more fans for not only Roland’s music but also some of the other award nominated singer/songwriters that form part of the collective at the studio.

Following discussion contracts were agreed with MD Records Group in the UK, this is the label that has been releasing tracks that have not been available on vinyl 45s previously.

This is the first in a series of planned releases on the label.