This is the third album from Nicole Willis & The Soul Investigators and looks set to be yet another must buy. Full details below...

If you are not fully aware of just what is on offer here, then here's the much praised "One In A Million" track that was released last month as a single and features on this release

The second single from the upcoming Nicole Willis album Happiness in Every Style opens up the promised spectrum of joy into new ecstatic states.

This Autumn, Nicole Willis rolls out with her third album made together with The Soul Investigators Happiness In Every Style. It is bound to send shivers through backs all around the world. As the name suggests, the new album will offer variety and tilt towards a more positive note after the murky Tortured Soul from two years back.

This means Nicole and the boys have made things a bit more soothing for the listener, offering upbeat modern soul and even embrace more sophisticated melodies alongside their highly evolved raw funk sound. To get a taste of this, one only has to put on Let's Communicate or One In a Million to have their hands clapping and toes tapping in no time, or respectively, witness the dance floor explode. From minor key ballads such as Thief In The Night to the unapologetically poppy Angel, the new album is bound to bring to the hearts of humans in every shade and style. 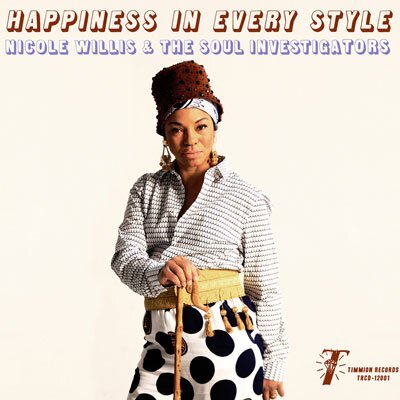 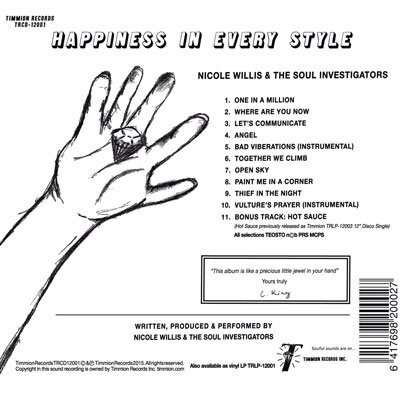