Anyone Who Had A Heart - Burt Bacharach - Book Review

method of writing R&B songs and his studio work with singers such as...

Like many on here, I enjoy reading a good soul music related book. Lots are great but many are a real disappointment. Too many artists gloss over the detailed information of their recorded work as they feel cheated / let down by the labels they were signed to. Many music related books fall outside the boundaries of what appeals to me, dealing mainly with none soul related matters. One such book was the biography on Burt Bacharach (written in conjunction with Robert Greenfield in 2012). Burt started out in the music biz writing R&B songs and cutting the songs on R&B artists. But by 1970, he had moved onto MOR material / singers and these are of no interest to me at all.

However, things changed when I walked into the local Dollar Tree shop here in Florida last week (we winter in Florida these days). There I saw dozens of copies of the hardback version of the book for (strangely) $1 each. Needing something else to read while lying around the pool, I purchased a copy and headed home with it. The book runs to 280 pages but only around 70 of these detail R&B / soul related topics. Still that worked out at one cent per relevant page, so I deemed it a good purchase. The synopsis of the book on Amazon UK (where it can be bought -- new & used – new for under £3) states ...  "Burt Bacharach is one of the most celebrated and legendary song-writers of the twentieth century. Throughout his sixty year career he has worked with artists from Dionne Warwick to Dr Dre, Marlene Dietrich to Elvis Costello. In Anyone Who Had a Heart, Bacharach steps out from behind the music to take an honest, engaging look at his life. It traces the life and times of the man who created the music that has become the sound track for the lives of his millions of devoted fans all over the world.”

Some of the detail Burt goes into in the book is really interesting (to me at least). He writes about his way of working when based in the Brill Building and 1650 Broadway. How he cut the demos he made of the songs he wrote (with various collaborators). The non-standard song structures he utilised and the unusual instruments he featured on some tracks. How certain songs sat in a drawer (“What The World Needs Now Is Love”) and some recordings in the tape vaults (“Walk On By”, “Make It Easy On Yourself”). Info on working at Bell Sound Studios, cutting his songs, with producers such as Leiber & Stoller. How many takes he would insist on before he was happy with the results (32 on one occasion) even though he would usually first get together with the singer (before going into the studio) to allow them to learn the song.

So if the above sounds interesting to you and you enjoy a good read, then get hold of a cheap copy of this book from Amazon or the like and be prepared to learn many facts about how things were in the music biz back in the 1960’s. 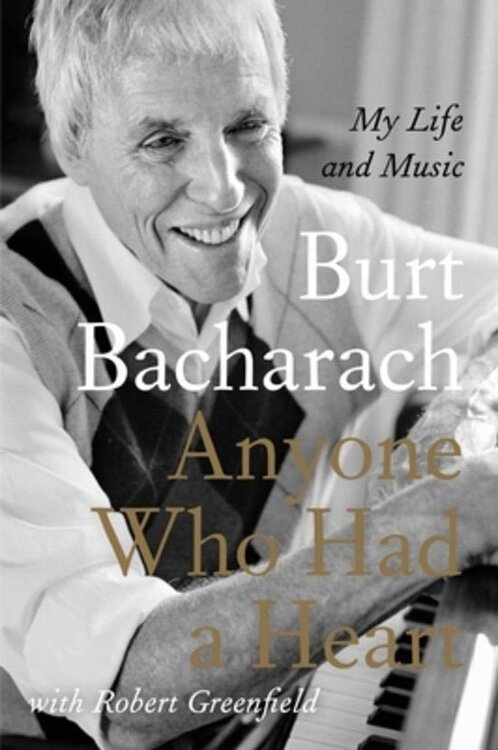