Review: Spinning Around – A History of the Soul LP Vol 2 by John Lias

Vol.1 of this book was published 2 years ago & John now completes his mammoth task with quite some style.

I got to review Volume.1 of this book two years ago and now comes the concluding volume that takes us from L to Z. This weighty book kicks off with Patti LaBelle & the Bluebelles 1960's albums and speedily progresses right through to the end of the alphabet. Info on the output of Little Milton, Charles Mann, Curtis Mayfield and Ullanda McCullough follows on in quick succession. Until I started to peruse the details chronicled here, I hadn't realised that the McCrays had enjoyed 8 album releases down the years. This came as a surprise even though their late 70's Portrait release 'On The Other Side' has always been a favorite of mine.

Entries vary between the prolific output of the Meters (11 albums under that name + other work released under the Neville Brothers name) to the sole outing from the Metros. New Birth's underrated work benefits from a fully detailed rundown, whilst reference is also made to the associated recordings of Love, Peace & Happiness plus the Nit-Liters. Entries for Greg Perry, Oscar Perry Phil Perry and Perry & Sanlin follow on in order before pieces on Positive Change, Positive Express and Positive Force are reached. Where the info is known, the full list of each group's members is listed (a useful tool, especially where the lead singer later split to try a solo recording career).

There have been quite a few male singers in the soul world that had Robinson as their surname. The work of Alvin, Dutch, Johnny and Roscoe help highlight the fact that even the most talented of black singers weren't always well served (album wise) by their record companies. Alvin Robinson's only album is the 1988 UK compilation of old tracks pulled together by Charly, while Roscoe had three similar 'reflective compilations' issued in the 1980's to supplement his two 70's and one 80's gospel packages. It's obvious from many entries that John's opinion on what makes a good soul track align quite closely with my own. So not only do I find his reflections on the studio output of D.J. Rogers both detailed and informative but I find myself agreeing with his choice of the highlight cuts.

He certainly knows his subject and the depth of knowledge and passion for the music he enjoys comes out throughout the book's pages. A perfect example of his expertise shows in his entry for Roy C's only 1960's LP release. Roy C's biggest ever hit, “Shotgun Wedding” had charted internationally in the mid 60's. To benefit from the success of his 45, Ember here in the UK had released their 'That Shotgun Wedding Man' album in 1966. However, the LP didn't even feature one solo Roy C track but consisted entirely of 1950's recordings by the group he was then a member of (the Genies). It would be as late as 1973 (a full 14 years after he had first entered a recording studio with the group) before he got to enjoy a real solo album release ('Sex & Soul' on Mercury).

The many differing shades of soul are reflected on here. Everything from the gut wrenching strong southern soul of Sam & Dave, through the sophisticated late 60's solo outings of David Ruffin to disco soul from the likes of Shalamar. Both groups who took on the name of Lost Generations big 45 hit “Sly, Slick & Wicked” make it into the book as does Lost Generation's own album named after their 1970 anthem. Some artists and their recorded output have been well chronicled down the years, whilst an air of mystery still surrounds the work of others. This is illustrated well in the entries for Otis Redding and Rudy Love. Most facts connected to the Big O's album releases have been well documented, whereas the exact story behind Rudy's two UK album releases seems lost in the mists of time. Even Rudy himself has no idea how his British album releases came about, quite a mystery.

A similar story also attaches itself to the 'Great Scott' album by Peggy Scott, which for some unknown reason only ever found it's way onto Italian record shop shelves (that being in 1980). Likewise, Gwen McCrae's 1975 Dutch LP that contained her 10 earlier CBS cuts, though this release was obviously prompted by the success of her “Rocking Chair” 45 that year. McKinley Mitchell was another classy soul vocalist who was granted an album release in the UK and (later) Japan, even though no US album of his work ever materialised. Another soul outfit to gain a UK release without ever enjoying the same privilege back home were 100% Pure Poison.

If you're unaware of the fine tracks laid down by the likes of Marie 'Queenie' Lyons, David Oliver or Danny Pearson then you need look no further than here. I do however have to part ways with John when it comes to the O'Connor LP. I rate it a lot higher than he seems to. The entry for the eccentric genius that is Swamp Dogg occupies almost two full pages, the Jackie Wilson section runs to over two pages, with info on Bobby Womack's output filling over three pages. Earlier in the book, the O'Jays insert had taken up over four pages (even though it ignored all the group's compilation albums). Gino Washington also gets an entry, but strangely Geno doesn't.

Zingara, Zoom & Zulema bring the book to a close, with the narrative staying on track to the very end. John ensuring that readers know Zulema's 1975 RCA album is a must have item. As an added bonus, at the very end John lists the 125 soul albums from the book he couldn't live without. These include a few that I will now have to bring myself up to speed on. If soul LP's are your thing, you definitely need a copy of this 430+ page epic opus. I have to commend John for his detailed and diligent work, it can't have been the easiest of projects to complete. 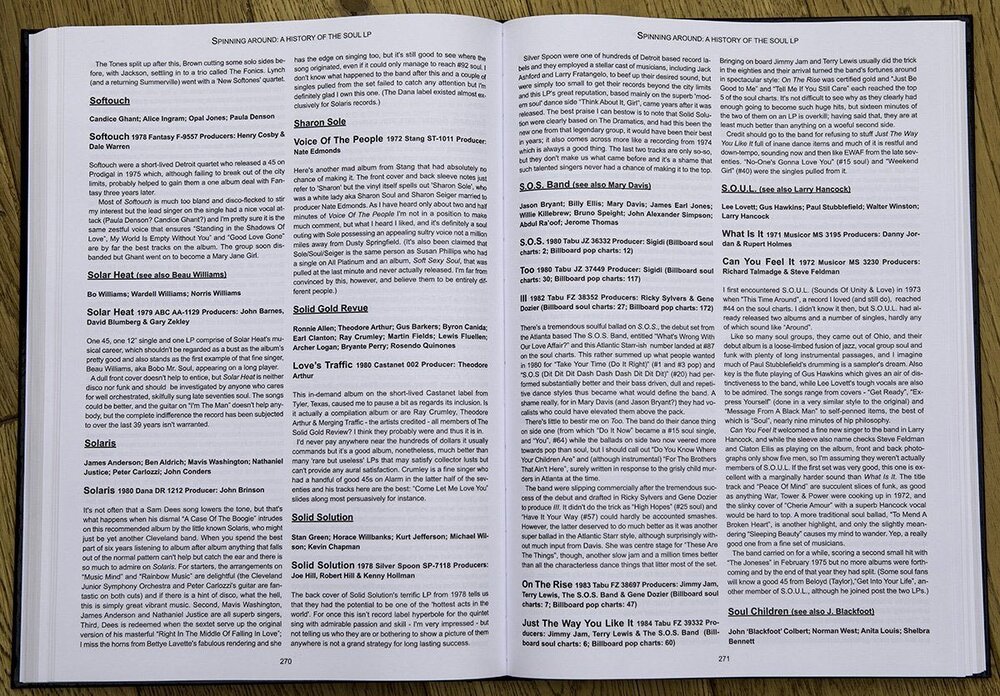 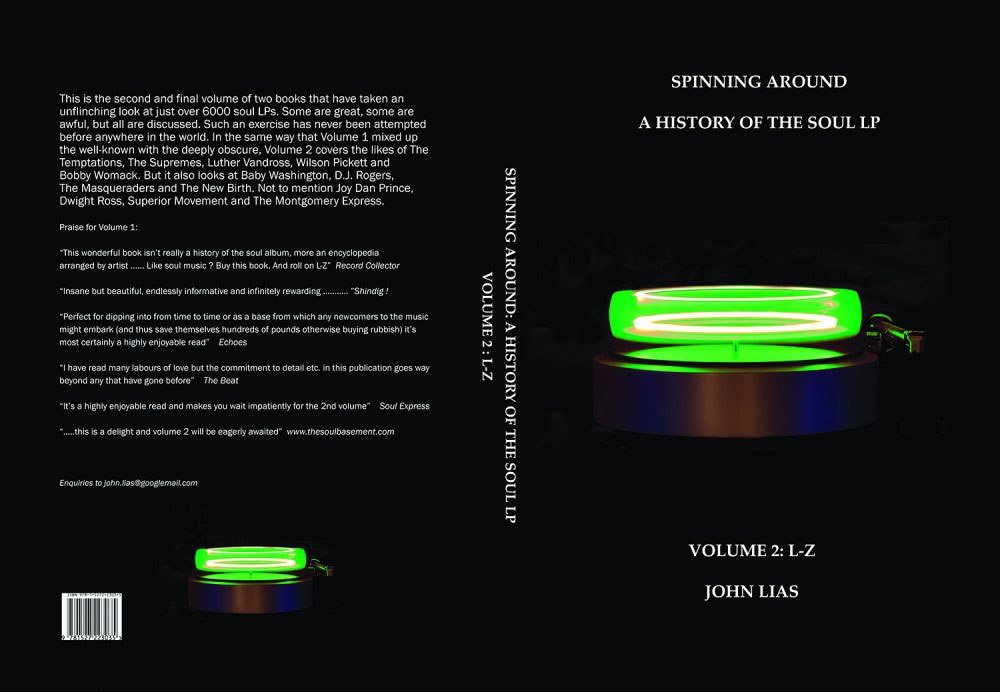