diary of a soul odyssey

'It's a diary from my Soul Trip in  USA in 1968. and meetings with numerous artists and persons in the soul music business'

A few clips and details follow along with the link below, be aware you may need to get a brew on before reading as it is an extensive read, accompanied with some great photos.

This is the complete book from my research trip 1968 (plus a little from 1978). The first version was basically a translation of articles written in Swedish and originally published in the Swedish magazine Jefferson (world’s oldest blues magazine) plus a summary. It was published online by York University Libraries in 2017.  This edition includes illustrations and corrections.

Special thanks go to Jan Kotschack, who digitized the photographs so they could be included online, and Rob van der Bliek, who copy-edited the manuscript and converted it to the online version.

...I went upstairs to the theater. It was like a big worn out cinema (1600 or 1800 seats). Not much was spent on decoration. The stage was always spartan and nothing distracted attention from the music and artists. They supposedly had 13 dressing rooms on four floors. (I did not see or visit that many) The staircase was to the left of the stage.

This week the Dynamics / Bandwagon / Edwin Starr / Cliff Nobles / Gladys Knight & The Pips were advertised on the 125th Street marquee.

The Dynamics was a four-man group whose hit recording Misery actually had found its way to Kungsholmens Record Exchange in Stockholm and to my record collection a couple of years earlier. American Vietnam war deserters that were pressed financially sold their records and contributed to the emergence of a soul-music scene in Sweden.

The Dynamics at the Apollo

“Murder” was especially good. It was a fine group but without that little extra that was needed to make it big.

I talked with them backstage. They were four nice guys, (especially the fattest member), in a group consisting of... 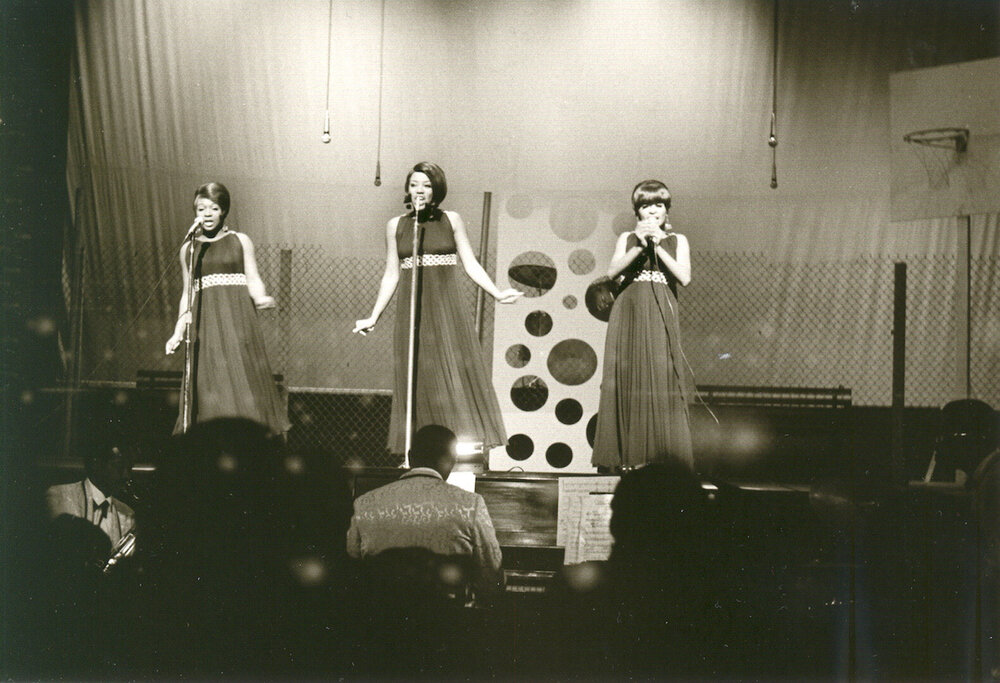 ....Next stop was Venture Records (8350 Wilshire Blvd). Rochelle Reed had recommended a visit to this newly established record company. A friendly girl in the reception escorted me into the recording studio where the Ballads were busy. They recorded an album and a follow up to their big hit God Bless Our Love. The LP was due for release in late August 1968 and they also had a big tour planned. A small, thin man introduced himself as Bob Relf. He was the producer. A few years earlier the duo, Bob & Earl’s amazing recording Harlem Shuffle (1963) had been acclaimed in England when Beatle George Harrison called it his favourite record that year (1964). In Europe speculations ran high who hid behind the names of Bob & Earl. Some must have reached Bob Relf who seemed anxious to sort things out once and for all: Bob Relf (born in Los Angeles); his real name was Robert Nelson Relf and he was “Bob.” Earl Cosby = “Earl” Nelson (also called = Jackie “The Duck” Lee). I still do believe that I was the first one in Europe to finally solve this riddle – with the help of Bob Relf, of course. Suddenly, two men burst into the studio. They were sales and promotion-man Warren Lanier(e) and Mickey Stevenson, who owned the company. Mickey had played an important role in Detroit during Motown’s early years and his name as a producer and songwriter is on many fine hits, for example, with The Miracles. Maybe he inspired Holland-Dozier-Holland to write Mickey’s Monkey for the group. But he had recently left Motown’s West Coast office and started on his own. His wife, Kim Weston, who had had some Hot 100 hits on Gordy as a solo artist, had followed him. 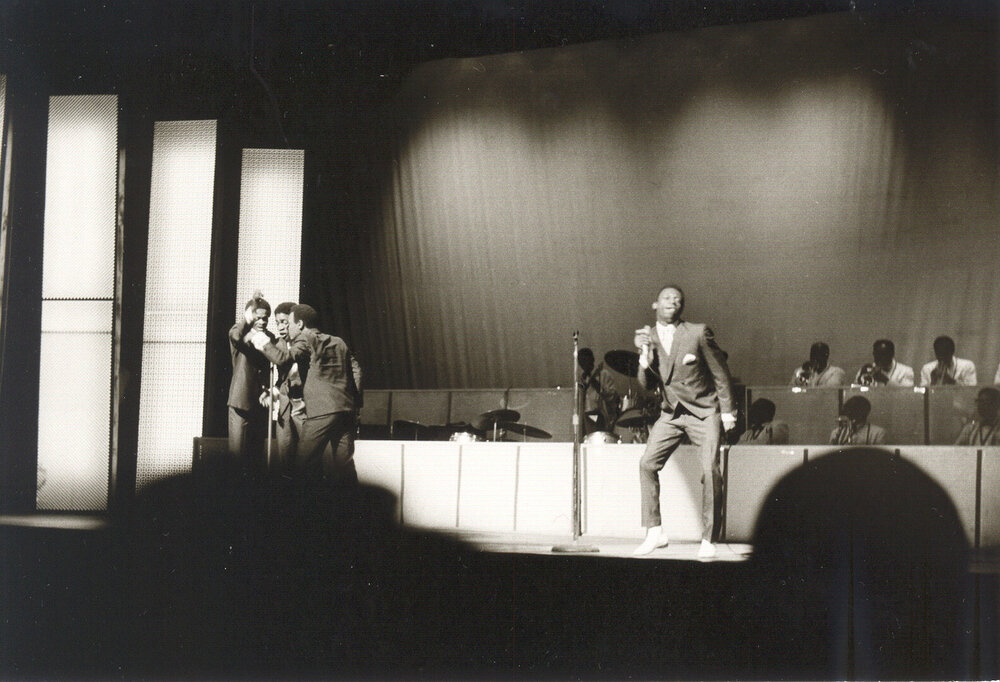 The Bandwagon at the Apollo

Maurice and Mac were next. They were Chicago’s answer to Sam & Dave. They had based their performance on them and Mac was a good enough dancer to almost fill the role. Maurice was a little hoarse that day and didn’t really get a chance to show what a fantastic singer he is. Which everybody who has heard the Radiants recordings can hear. (But I was not yet aware of that both came from that group.) Their You Left The Water Running was much heard on the radio then.

Jean Wells was at the second stop of her Chitlin’ Circuit tour. Her performance was pretty identical to what she had done at the Apollo the week before (Try Me And See and Have A Little Mercy). Here she also did Giving Up that Gladys Knight and the Pips made early in their career. Jean’s interpretation of this outstanding number confirmed my impression that she was one of the very best soul singers in USA. I saw this rather short singer on three occasions but I never took the chance to interview her.

Just a few clips, the Chapter list follows to give a sense of scale...

As said the full book Soul Odyssey 1968 - Jonas Bernholm is available to read in full via York University Pressbooks, Hosted by York University Libraries, the link follows below...

Memphis 68: The Tragedy of Southern Soul - Now Out
Detroit 67 .... The Year That Changed Soul