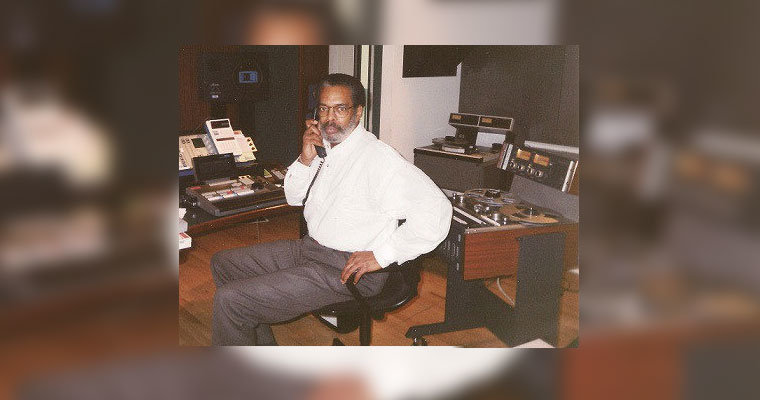 Tony May came from an arts-based family. His father was an actor and classically trained violinist, while his mother was a jazz pianist and composer; she wrote an Ella Fitzgerald 1939 recording. Tony learnt the piano and, as a teenager, tuned them at venues including the Harlem and Brooklyn Apollos and many other top black music night spots. This gave him an insight into the world of contemporary music. A degree course in Physical Education at Temple University didn’t work out - he found the course uninspiring and quit. Musicians had always fascinated him but his first job was in the air force as a technician.

Tony May eventually got into the music business as a humble record store worker, at the legendary Harlem black music store the Record Shack. A similarly unskilled job, at the big publishing organisation BMI, was taken on with the aim of furthering his musical learning. However, he was moved into the accounts department; which wasn’t really the idea. While there he began writing songs on the piano and met a fellow songwriter Naomi Stancil, which led to a recording session; Naomi knew an engineer there. On entering the studio Tony fell in love with the whole milieu and to get into a studio, even if only employed as a lowly gofer, he was prepared to drop his wages from $250 per week to $55. Within a year he was well-versed in recording techniques - his air force training helped. He worked as a full studio engineer first at Adelphi, then at Mira Sound in the Hotel Americana with Brooks Arthur, who was Goffin and King’s main engineer. Later workplaces included DCP for Don Costa and then the top independent studio in town - Bell Sound. He eventually became a master engineer for RCA. His film work on classics such as Barbarella, Cotton Comes To Harlem and Alice’s Restaurant are of particular note. The list of his musical engineering credits are endless but “It’s Your Thing” for the Isleys and the “Into The Mystic” for Van Morrison (recorded live) stand out.

While in the air force, May joined a vocal group that included George Banks, the brother of Larry Banks who was a member of New York vocal group the Four Fellows. While on leave Tony met George’s sister Harriet with whom he fell in love and married. He also became close friends with Larry and the two became life-long buddies. Much of that friendship was based on music, both were songwriters and in 1962 the Four Fellows recorded Tony’s first released number - ‘The City’ for the Pop-Line label. The pair formed Kev-Ton publishing and their next project was the mighty ‘Go Now’ / ‘It Sounds Like My Baby’ session that became a US R&B hit. They then saw the Moody Blues’ cover version of the Larry Banks and Four Fellows-member Milton Bennett’s ‘Go Now’ song chart worldwide. Bessie’s next single was for Spokane, both ‘Do It Now’ and ‘You Should’ve Been A Doctor’ were Banks & May songs and they also produced the tracks. An all-girl group called the Pleasures would be the duo’s next project, they cut three sides which came out over two 45s on RSVP in 1964 and 65. The Pleasures’ lead singer was Joan Bates, later known as Jaibi when she married, wrote and sang with Larry Banks. By 1965 Tony and Larry were at DCP Productions in Manhattan where they cut Larry on ‘I Don’t Wanna Do It’ and ‘I’m Comin’ Home’ when the proposed singer, Kenny Carter, didn’t make the session. Tony then teamed up with Teddy Randazzo at DCP and wrote ‘You’re Not That Girl Anymore’, for Little Anthony. It was only used as an LP track, so Randazzo recorded it himself on 45, then Tony and Teddy wrote the beautiful ‘It’s A Big Mistake’ for the Royalettes, which was issued on MGM. Tony also cut Gayle Harris’ ‘Here I Go Again’ for DCP in 1965.

By 1966 Tony May was a full-time engineer at most of the major facilities in Manhattan. Though he continued to write, usually with Larry, he used the pseudonym Anthony Cotto to keep his two types of work separate. It was a name he told me he adapted from the actor Yaphet Kotto. He had first used it as a co-composer along with his own real name for ‘The City’ in 1962; that was an odd thing to do – maybe Yaphet actually did have a hand in that first published work. He wrote as Anthony Cotto for the Geminis and Kenny Carter at RCA. In 1967 he reverted to Tony May when he composed and produced three more tunes, on his own, for Bessie Banks. Two were released on Verve - ‘I Can’t Make It Without You’ and ‘Need You’, the first of which became popular among UK soul fans belatedly in the 70s. The third song ‘Don’t Just Tell Me’ was unissued but was recut by Marian Love and featured on her 1972 LP that Tony produced in its entirety. The same year he wrote ‘Do You Feel It’ for the Joe Cuba Sextet on Tico. He also produced the Brazilian musician Hermito on an album in 1970 and the Brazilian jazz drummer Airto and the Voices Of Joy’s Paramount 45 in 1971. There was teo final productions of gospel LPs, one by Andrea Vereeen & The St Marks Choir in 1974 and Nat Townsley Jr’s “I Fell In Love With God” on ABC/Peacock.

As the years passed Tony fell out of love with the music industry to a large degree; having to engineer an endless list of “Now That’s What I Call Music” CDs will do that to a man with taste. But he was proud of the music he and his soul mate Larry created throughout their lives. When Larry died Tony was devastated and the loss of his loving wife Harriette only a year later meant he had a very tough time. 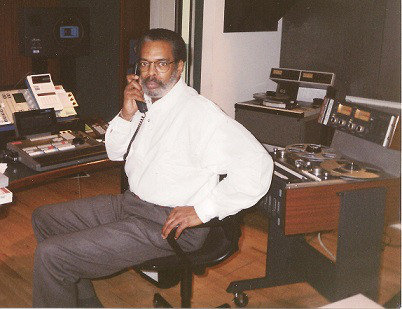