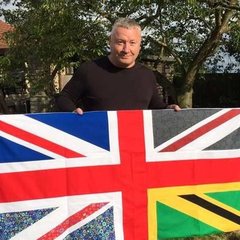 WoodButcher seems you answered a similar question on this site on September 29, 2017.   Diagnosis; fake.

Well it was very easy to tell .... seeing as the poster added scans of his 45 for us to see ...  Don't want to sound harsh , but you didn't actually think that everyone else was going to do your l