Most collectors of Northern Soul records will have the name of Weldon A McDougall III nestled in their 45s collection somewhere. A native of Philadelphia Weldon was born at the Mercy Douglas Hospital in West Philly and was raised by his mother Eleanor having been named after his father and Grandfather. His interest in music was sparked as a student at West Philadelphia High School where he first encountered George Tindley (Of The Dreams) and George Grant (Of The Castelles). As a schoolboy Weldon showed early signs of the entrepreneurship that would drive his ambitions throughout his life and could be found delivering the neighbourhoods newspapers on his trusty bike. One of his family customer’s son, Johnny Stiles later became a major influence in Weldon’s life when along with Luther Randolph, the trio established Harthon Records at 5994 Chestnut St in West Philly. Weldon’s early musical involvement came in the mid fifties when it seemed just about every high school student was in some kind of singing group. Weldon was no exception and he put together his own doo wop inspired quartet called The Larks. On graduation though in 1955, the call to serve Uncle Sam however interrupted the group’s progress and Weldon spent two years serving his country as United States Marine at Quantico Virginia.

On discharge he returned to Philadelphia, reconnected with former Lark Pat White (who became Mrs Weldon McDougall), and set about finding a new lead singer. Approached by local singers Earl ‘Bill’ Oxendine and Jackie Marshall, Weldon and Pat on hearing them agreed that their new quartet was now complete. Mistakenly booked by Jocko Henderson, (the WDAS legendary DJ), for one of his Rocket Ship shows at Harlem’s famed Apollo Theatre (1) The newly formed quartet appeared on the same bill as Clyde McPhatter, Baby Washington and Shep And The Limelights. Despite not having even made a recording yet fellow Philly maestro, Bandstand announcer and record producer Jerry Ross recognised their potential and took the group into the Reco -Arts Studio. The resulting 45s would set the group off on a musical journey that would include releases on Ross’ own Sheryl label and further outings on Uptown and Tower, including of course the classic double-sider, The Four Larks — Groovin’ At The Go Go b/w I Still Love You” — Tower 402. (Pat White had left the group by this stage, split with Weldon and Vivian, Weldon’s second wife is the female lead on the 45). 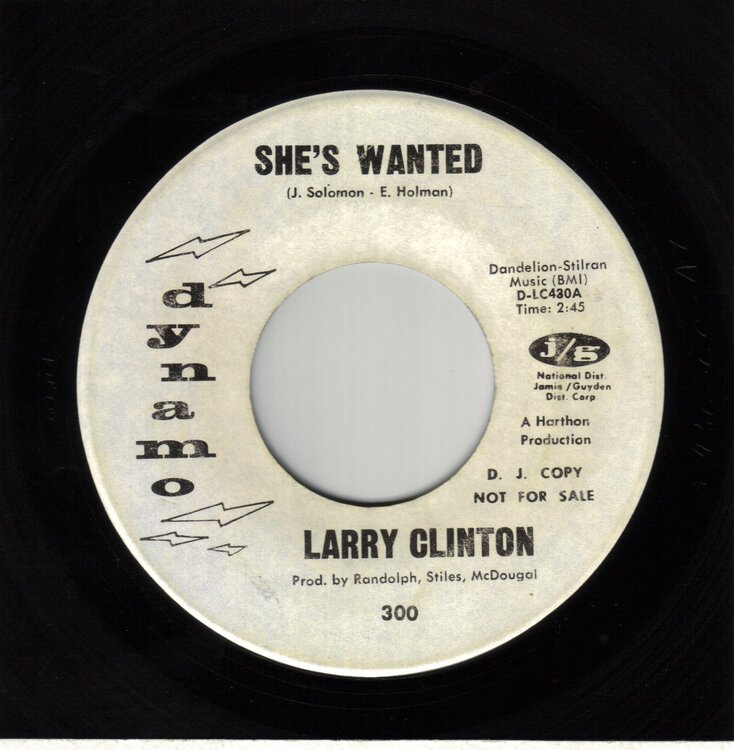 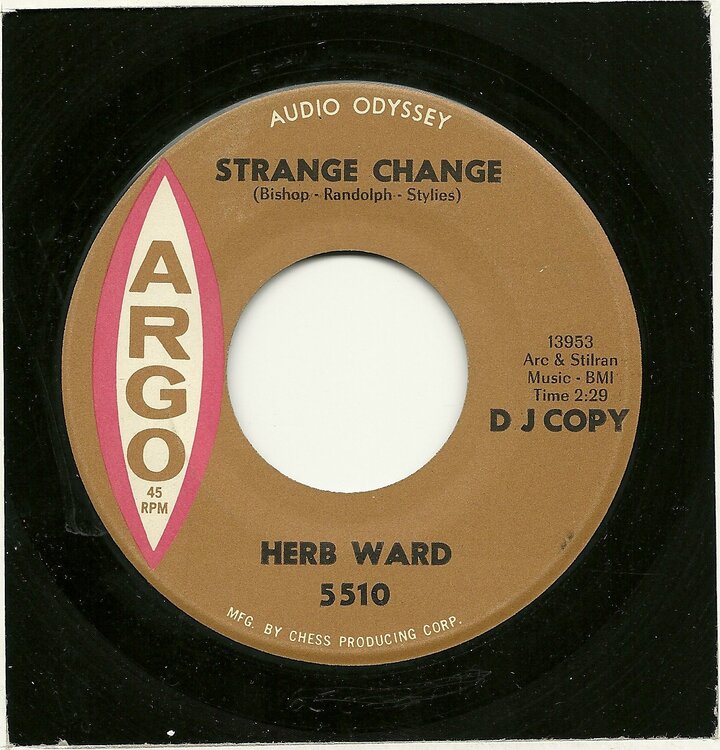 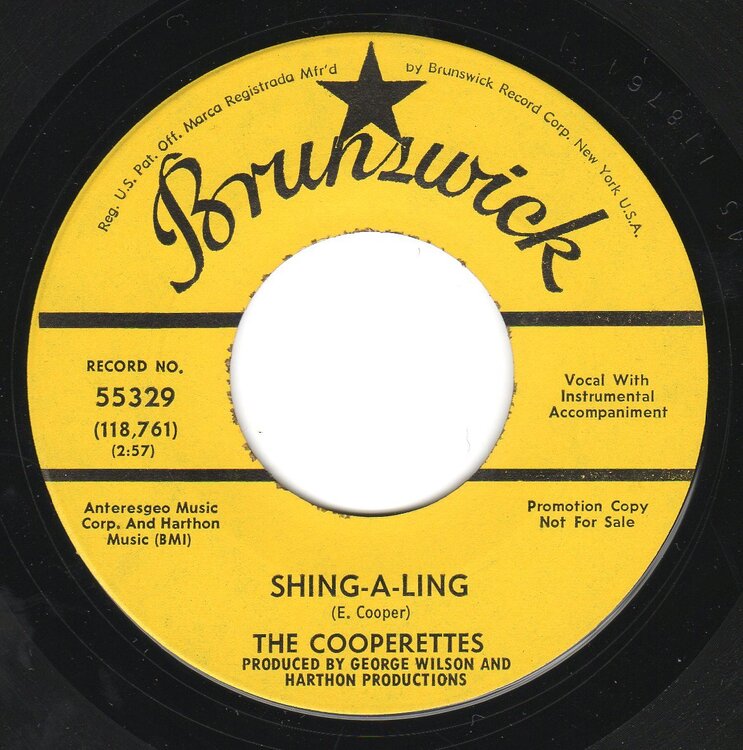 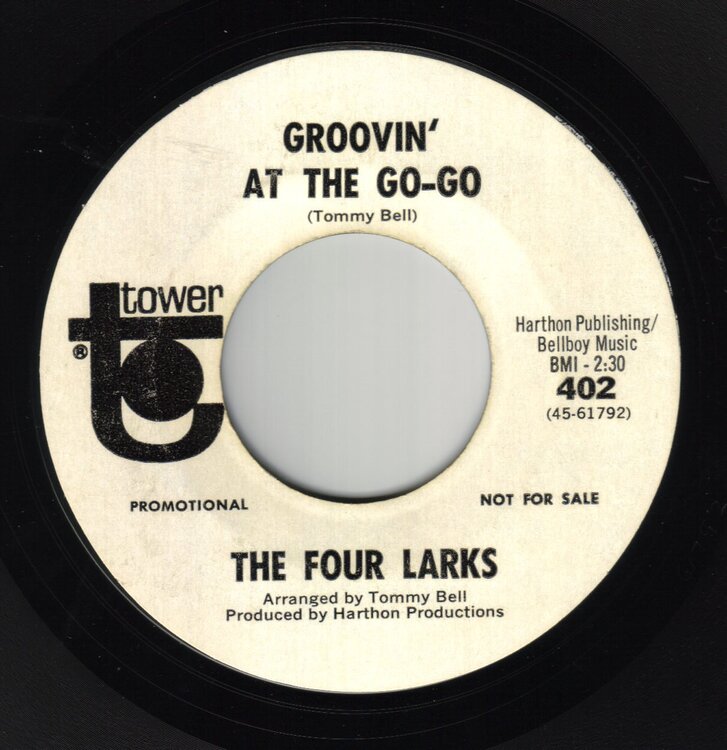 In tandem with his work with the Four Larks, Weldon also established Harthon Records who produced many classic Northern Soul 45s at Frank Virtue’s studio on Broad St. Amongst the lengthy legacy of The Harthon Trio of Weldon, Luther Randolph and Johnny Stiles are such outings as Larry Clinton — “She’s Wanted In Three States” — Dynamo 300, Herb Ward — “Strange Change” — Argo 3510 and The Cooperettes — “Shing A Ling” — Brunswick 553, as well as fantastic outings as diverse as Eddie Holman, The Victors, The Rotations, The Inspirations, Cliff Nobles and of course the hugely popular Shirley Turner — “World Of Happiness” . Of course the Harthon label itself gave us sought after discs by The Volcanos, The United Four, Bernard Williams, The Preludes and Lee Garrett. 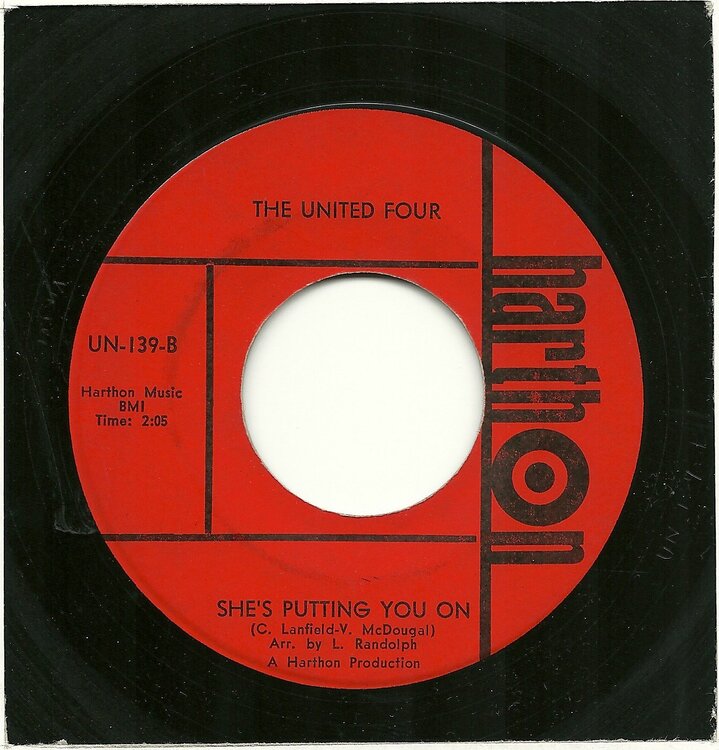 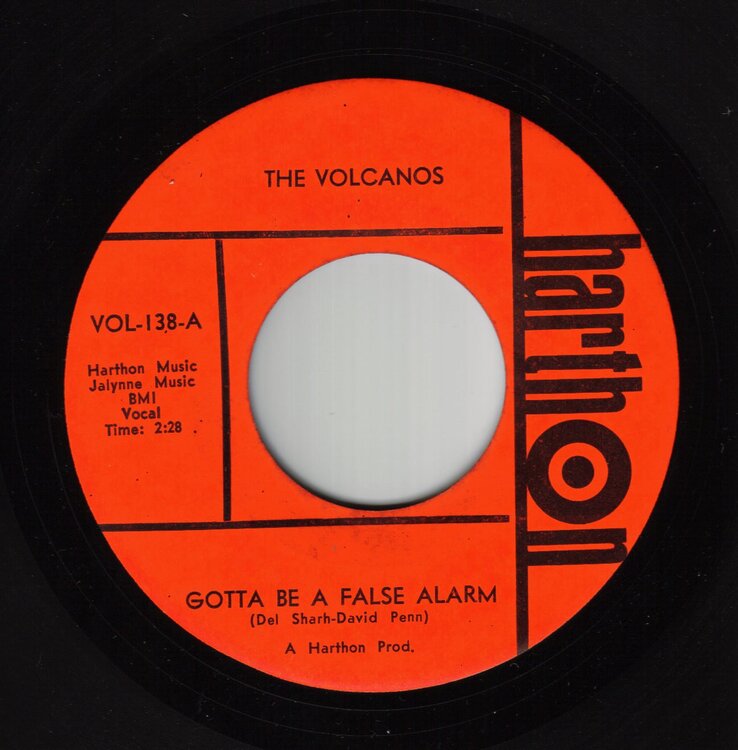 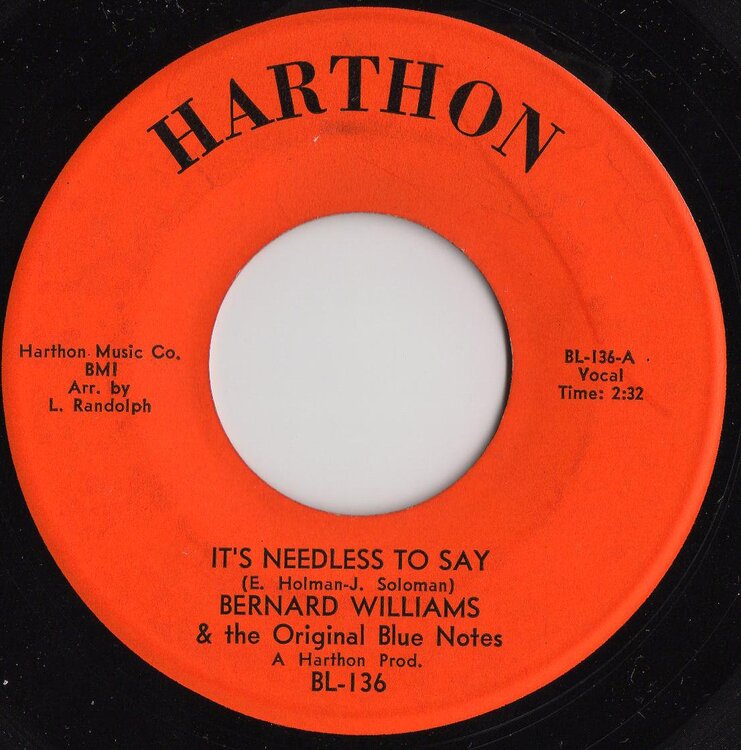 Whilst enjoying success with Harthon, Weldon also worked at Chips Distribution where he was instrumental in promoting soul re cords in particular. The gold stickers that became the trademark of Chips Distribution were an invention of Weldon’s. When the Harthon trio started enjoying notoriety from their Virtue Studio productions they formed Dyno-Dynamic Productions and along with Jimmy Bishop, the WDAS DJ and Harold Lipsius, the owner of Jamie Guyden established Arctic Records with Weldon’s discovery, The Tiffanies kicking off the labels output. The label’s most successful artist, Barbara Mason was also mentored by Weldon. Of course Dyno-Dynamic, via the Arctic label, (and it’s short lived sister: Frantic), produced many Northern Soul classics by Barbara, The Volcanos, Herb Johnson, and the Arctic label itself contributed a whole slew of Northern Soul classics from Honey and The Bees, The Temptones, Kenny Hamber etc. 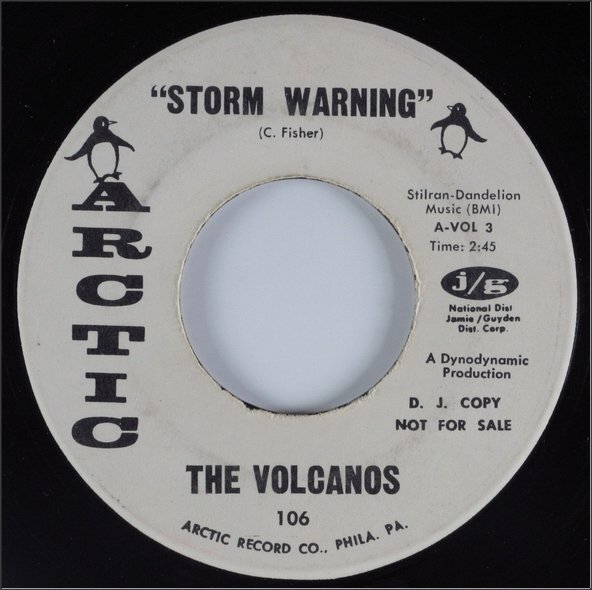 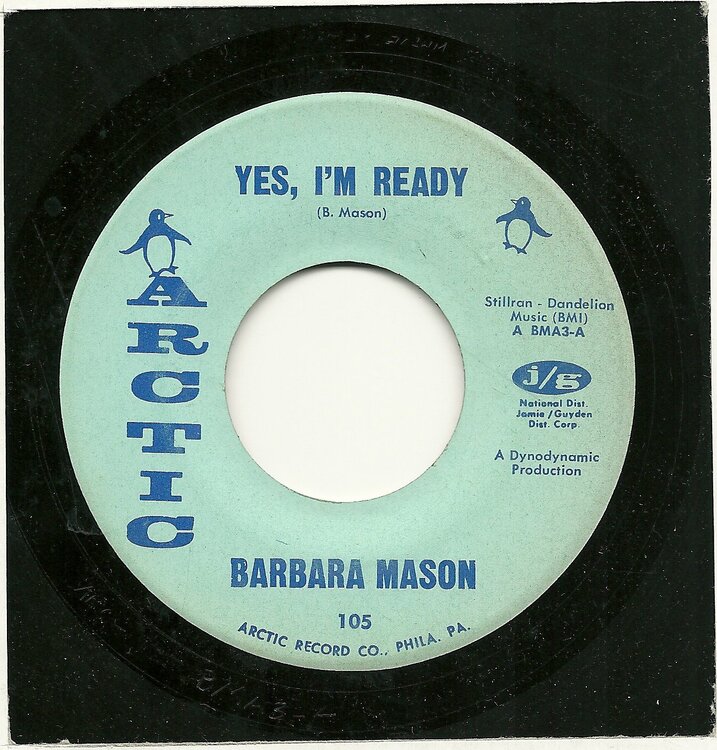 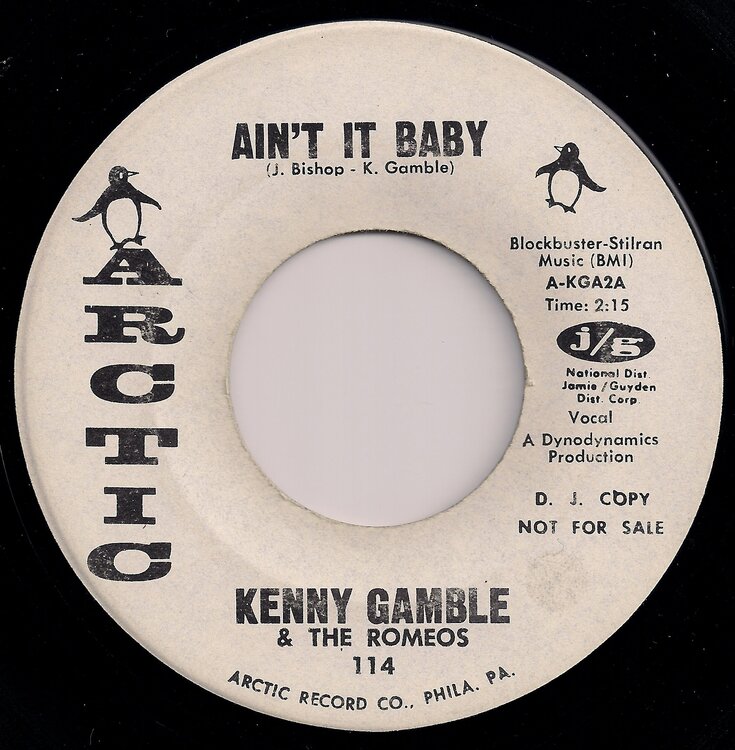 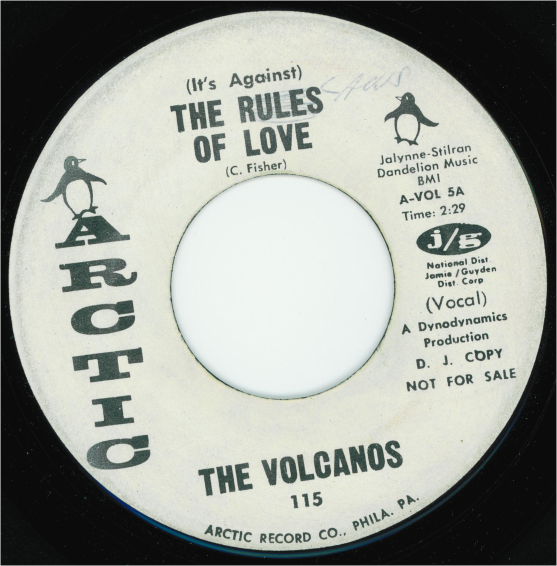 Undeterred by the Arctic deal turning sour and leaving the trio bereft of any control, (2) Weldon and the guys continued producing records that would hit the spot thousands of miles away in UK. From Marva Lee’s wonderful interpretation of the Gene Chandler classic and Nella Dodds’ version of the Supremes to the fantastic pounder by Irma and The Larks and he haunting Intentions 45, Weldon was at the heart of the mid sixties Philly Sound. So much so that as Gamble and Huff gained in stature they employed Weldon as their promo man and it is Weldon’s cartoon image that gave Philadelphia International Records part of its marque and later Berry Gordy would call upon him to do that very same job, (amongst others), for his Motown empire. Weldon was prolific photographer and was rarely seen without a camera within an arms length and his archive of photographs is legendary. Part of his photographic legacy led to him and Bill Dhal creating a book, recording his time at Motown during which he took thousands of distinctly personal and informal photographs of Berry Gordy’s superstars. 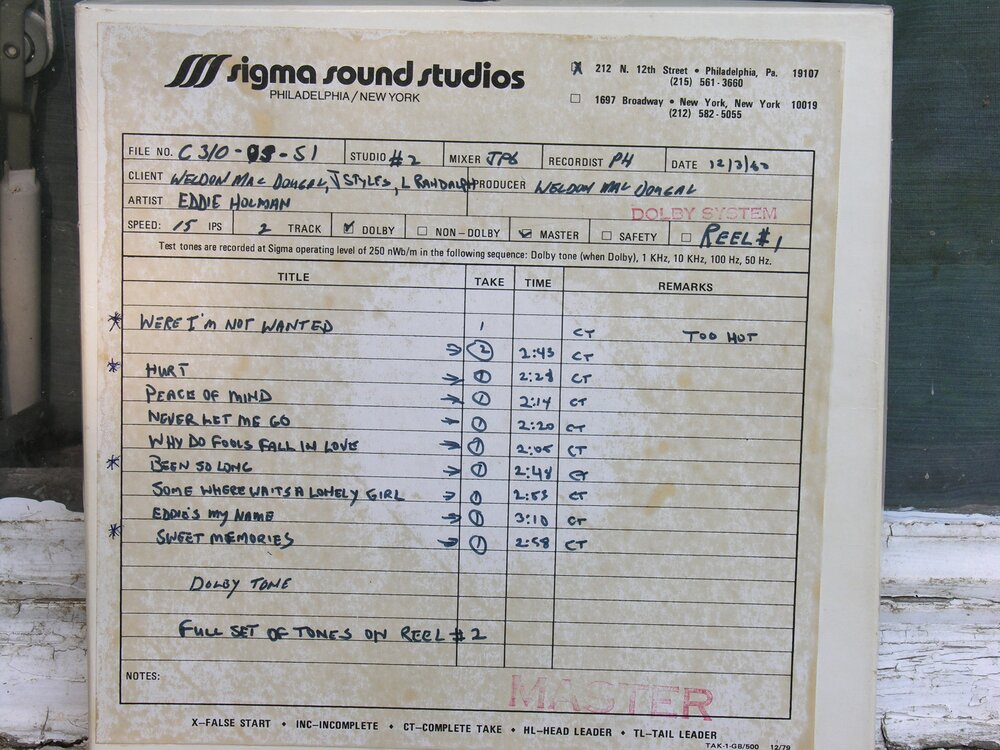 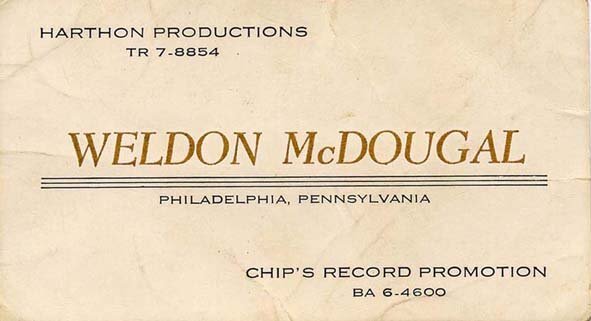 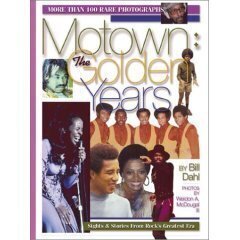 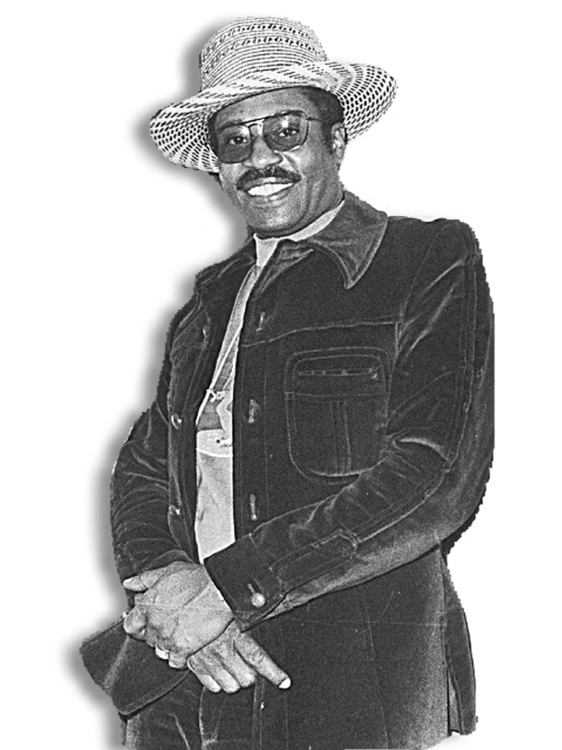 Weldon had another endearing hobby too. Every Friday afternoon he would ‘disappear’. His love of the movies would never diminish and he went to the cinema every week in order to be transported to that cellular world of fantasy. To talk about movies with Weldon was to be enthralled, almost childlike, as he sang the praises of spending a few hours in what he often described as a separate, wonderful world.

Always ready to help Philly bound soulfans, he became a friend to many, including your author and his ever present, big beaming smile was always a sight that I never tired of. Weldon sadly passed away in 2010, a raconteur, a man that could sell sand to the Arabs, he would be over the moon to be included in The Northern Soul Hall Of Fame. It’s an honour and privilege to have been part of his tribute as he is recognised in such a way and becomes a founding Inductee into the Soul Source Northern Soul Hall Of Fame.

The following listof records are all records that Weldon was involved with in some way, either as artist, a producer or a label owner. It’s by no means complete or even near exhaustive but gives a good flavour/account of some of the Northern Soul 45s that he contributed too.

The Preludes - Deeper Than That b/w Shiggy Diggy - 140

The Sweet Delights - Baby Be Mine Paul's Midnight Ride - 6601