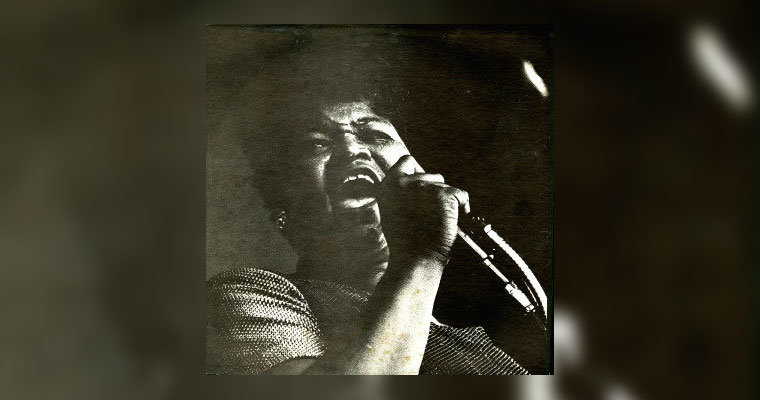 Among other genres, Elvis Presley was informed by the blues. Even as a young teenager, the songs he heard on Beale Street were a source of significant musical inspiration. And it would not be unreasonable to suggest that his interpretation of Arthur Crudup’s blues number “That’s All Right” helped kick-start the teenage rock ‘n’ roll revolution. But if that’s true, then “Hound Dog” provided the pace. It was almost inevitable that Elvis’ take on the song, which sold ten million copies worldwide, would overshadow the original version and the story of the woman who originally recorded it.

“Big Mama” Thornton was a fiercely independent woman; sometimes described as intimidating because of her physical frame and demeanour. Her personality may well have been a result of nature and nurture, given her difficult childhood and early adult years. In the context of the 1950s for a black female singer to break from the gender stereotype and stand out in a male dominated industry, a no-nonsense disposition was surely essential. In many ways, Thornton was a pioneer.

Willie (born Willa) Mae Thornton was born in 1926 in the tiny rural town of Ariton, seventy miles from Montgomery, Alabama. This was a time when gender rights barely existed and racial oppression in the areas was the norm. She was first exposed to music via spirituals and gospel music at her father’s Baptist church, and learned to sing and play the harmonica and drums. Willie Mae had to compete with six other siblings in the household. She left home at fourteen years of age after her mother died prematurely, taking up menial jobs at a local drinking establishment. One night she was given the opportunity to substitute for a local singer who failed to turn up, and a love for the blues developed from there. She hit the road with Sammy Green’s Georgia-based Hot Harlem Revue for the next eight years.

After a relocation to Houston, Thornton signed to Peacock. Label owner Don Robey was known as a ruthless businessman, yet aspiring singers would still flock to the label in the knowledge that Peacock and its subsidiaries carried the biggest roster of gospel and blues acts in the south. Robey’s connections also ensured excellent national record distribution. During her tenure with Peacock she performed in R&B package tours across the country with Junior Walker, Esther Philips and others.

Thornton recorded the 12-bar blues “Hound Dog” under the studio supervision of song-writing duo  Mike Leiber and Jerry Stoller. Mike Stoller was approached by Johnny Otis, who’d been given the task by Don Robey to find a hit for Thornton. When they first met, Leiber and Stoller found her a formidable character:

“In her combat boots and oversize overalls, she was a bit frightening. There was something monstrous about Big Mama, but I wasn’t looking at her that way. We saw her as the perfect instrument for deadly blues that we relished. We knocked the song out in a couple of minutes; it just happened like lightening. We knew as they say in the south, that this dog would hunt. 'Hound Dog' had just the right amount of country-funk that the lady embodied.”

It reached number one in the Billboard R&B charts in 1953 and stayed there for seven weeks. The song was a perfect vehicle for Big Mama’s growling vocal delivery. Half a million copies were sold in the first three months alone. There was little financial reward however; a trend running throughout the most of her career. Even Leiber and Stoller didn’t initially benefit. Johnny Otis put his name to the song as composer and had informed Don Robey that he had power of attorney to sign for Leiber and Stoller, which was untrue. As Leiber and Stoller were underage, their parents signed a new contract with Robey, and a cheque was eventually received for $1,200. It bounced. Things were remedied for the song-writing duo three years later however, when a young white rock ‘n’ roll singer from Memphis recorded the song and “Hound Dog” hit the stratosphere.

That song would be Thornton’s musical peak in terms of Billboard chart success, but it wasn’t the end of her singing career. She tried out a number of record labels around L.A. and San Francisco in the 1960s and took on a European tour with the American Folk Blues Festival while under contract with the Arhoolie label. England embraced visiting blues singers, through an appreciation of the genre by home-grown bands like The Rolling Stones, The Animals and the Yardbirds. Thornton was among the first female US blues singers to perform there.

Three albums were released on Arhoolie, with the final one “Ball and Chain” presenting the title track and the up-tempo version of the spiritual “Wade in the Water”; the 45 format of course an in-demand R&B collector’s item.  “Ball and Chain” was an original Thornton composition but once again the song was popularised by another singer; Janis Joplin. Joplin did acknowledge Willie Mae as a major influence, crediting her as the writer, and contrary to what is frequently reported in other bios, some royalties did come her way. Through the 1970s Willie Mae took part in more live tours including the American Folk Blues Festival and the Newport Jazz Festival, appearing alongside Muddy Waters, B.B. King, John Lee Hooker and other blues masters.

“Sassy Mama” was her final album, recorded for Vanguard Records in 1975. She continued to perform until the end of the decade, but inevitably the physical consequences of alcohol dependency which ran through most of her adult life would start to take hold. For the most part, Thornton didn't perceive it as a "struggle" against alcohol. But she suffered progressive issues related to liver disease and her large frame, losing over 200lbs through illness and finally succumbing to a heart attack on July 25, 1984 in Los Angeles. Willie Mae “Big Mama” Thornton was inducted into the Blues Hall of Fame in the same year. 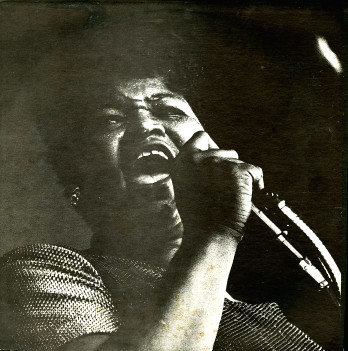 R-E-S-P-E-C-T Woman's Got Soul!
Troy Marrs and the Dynamics
House of Broken Hearts by E. Mark Windle
The Delacardos
The Tempests
The Passions: If You See My Baby