Back in the day, Sarah Collins’ Dad, Phil, was one of the coolest mods in town.  He drove a customised Lambretta, wore the sharpest suits and was seen in all the right places.  But most of all he was envied for his massive record collection.  It helped that he’d been brought up living in pubs in Leeds so had access to all those 45s with the extra large hole in the middle which had been playing on jukeboxes.  Music for him was a passion, and he was most passionate about Soul, Northern Soul & Tamla Motown.

When Phil married Val and started a family, music was centre stage in their home.  “In most living rooms, the TV is the focal point,” says Sarah.  “But when I was growing up, the record player was in pride of place.  And it was very seldom that there wasn’t a record playing on it.  Dad always taught me that good music can move people.  It’s a way of sharing emotions and soul music always hits home.”

It was perhaps inevitable that Sarah should catch the music bug, and by the age of 9 she was on stage singing professionally in musicals.  When West End productions came to Yorkshire on tour, Sarah would regularly get a part in the children’s chorus.  “I learnt so much,” she says. “I was like a sponge, learning how to breath, how to project and how bring a song to life.”

At 17 she started singing with bands, initially singing rock, then graduating to a touring band playing chart hits, and eventually to soul and funk bands where her heart lay.  She worked successfully for several years and had brushes with the big time, but the break never came.  Sarah met Tom and she became a Mum, so music took a back seat for a while.  Then came a close call with death.

“It was just after our daughter was born and I’d been suffering headaches.  I’d just returned home from dropping my elder son at school when I felt dizzy and collapsed, unconscious.  It wasn’t until Tom came home late in the afternoon that I was found.”

She was rushed to hospital where doctors found a tumour almost a quarter the size of her brain.  It was removed in an emergency operation.  “Doctors said that it was lucky I’d had the fall.  If the tumour hadn’t been discovered, I would almost certainly would have died from a brain haemorrhage.”

It was touch and go whether a full recovery would be possible.  Knowing that she had been a professional singer, her doctors recommended music therapy as a road to recovery and Sarah’s parents hit on a plan to encourage her back to health: they gave her their vinyl collection.  Tom was in on the plan too.  He bought her a record player so she could listen to the old albums and 45s.  As Sarah began to immerse herself in the music, she started researching Northern Soul online.  She became fascinated by the stories and the songs, the clothes and the dancing.  Then her Dad told her about the scooter rallies and all-nighters where the music is still played.  “He suggested I might like to record some cover versions, starting with ‘Heaven Must Have Sent You’ by the Elgins. He thought that it would give me something to focus on.  I got hold of a backing track, made a video of me singing to it and put it up on YouTube.  The response was fantastic.  In no time word spread amongst lovers of Northern Soul and people contacted me asking why they hadn’t heard of me on the scene and suggesting songs for me to cover.” 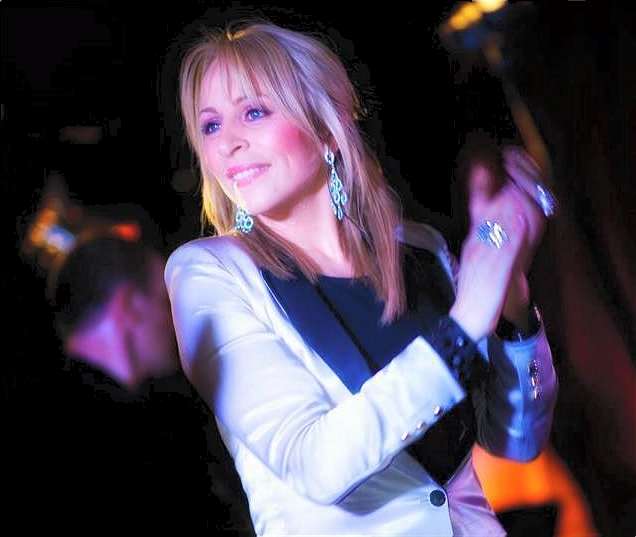 Since Sarah uploaded that first video in June 2014 it’s been watched over 30,000 times. Her YouTube channel has clocked up over well over a million views and there are now over 300 songs to choose from.  One of her 15,000 followers around the world summed up her appeal in a blog: “She posts from her kitchen, performing to a backing track. It’s just her, looking into the camera singing. It helps that she is very beautiful and it further helps that she has an extraordinarily good singing voice. There’s an astonishing intimacy about her performance. When she sings, there’s a sense that she’s singing directly to you.”  The US website 'Great Music Never Dies' recently posted "Sarah personifies EXACTLY what music needs here in America. We need to make the old new again! She is a fabulous new talent from over the pond in England. With a sexy, passionate and breathy voice, she reminds me so much of Dusty and Lulu! This lady is going places … the best new talent I have found."

Sarah’s online following soon led to personal appearances, The Big 7 Scooter Rally in Kent and Scooter Meltdown in Germany to name but two.  “It’s been great doing them and meeting some of the fans,” says Sarah, “but I’ve always felt a bit of a fraud singing to backing tracks.  So the obvious next step was to get back to singing with a live band.” 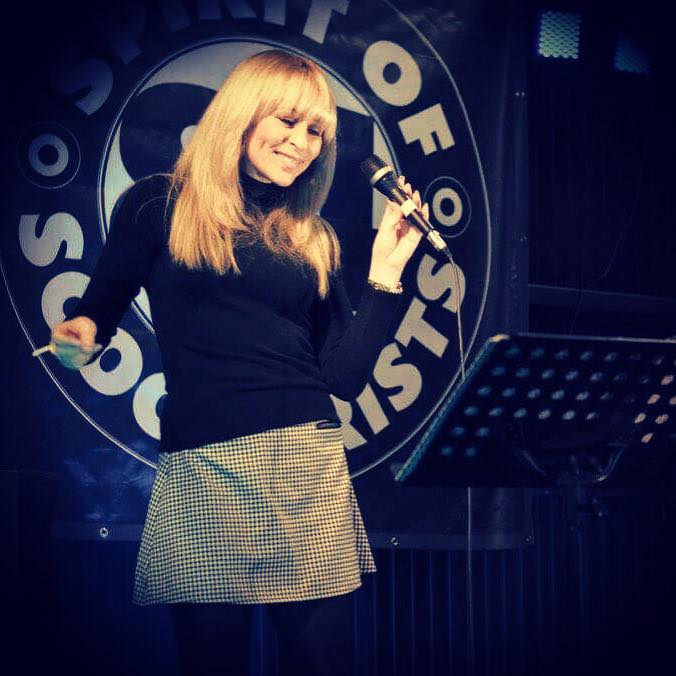 Keep The Faith, the 9-piece band Sarah has put together features a brass section and a backing singer.  They’re all very experienced musicians who love playing soul. They’ve recreated authentic arrangements of original Northern Soul songs including many that Sarah’s not been able to sing in the past because backing tracks don’t exist.  In the short time that they’ve been playing together they’ve already played at several festivals this summer, including the VW Festival near Leeds, and bookings are coming in for major Northern Soul events in 2017. 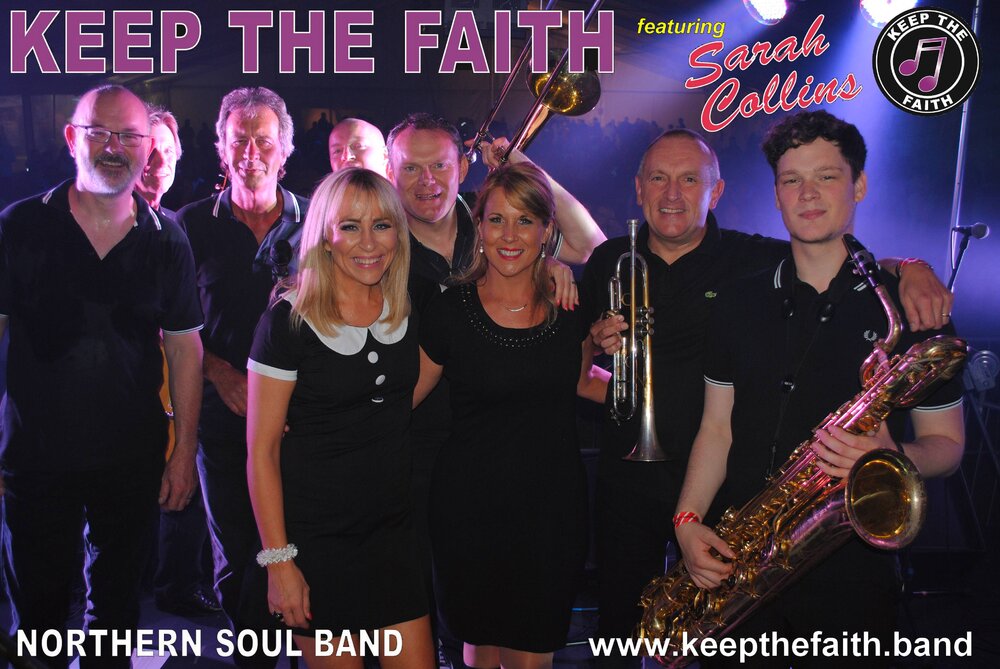 Given that Sarah’s so in love with music that was first written and performed some 50 years ago, does she think she was born out of her time?  “I would have loved to have been a Bridget Bardot.  She sums up for me the glamour of those days and I often style myself on her.  I’d have liked being part of the original scene but you can recreate the excitement of those days through all the rallies and festivals, the 60s fashion boutiques, the record shops, the DJs and the dancing.  And of course all you have to do to travel back in time is to pick a favourite old record, put it on the turntable, and for three glorious minutes you can be in a world of your own.”

An earlier version of this article was commissioned by Scootering Magazine and appeared in the May 2016 edition. You can view Sarah’s YouTube channel at www.youtube.com/user/diddy5848  and find out about her band at www.keepthefaith.band