some Shrine recordings did indeed go up in flames 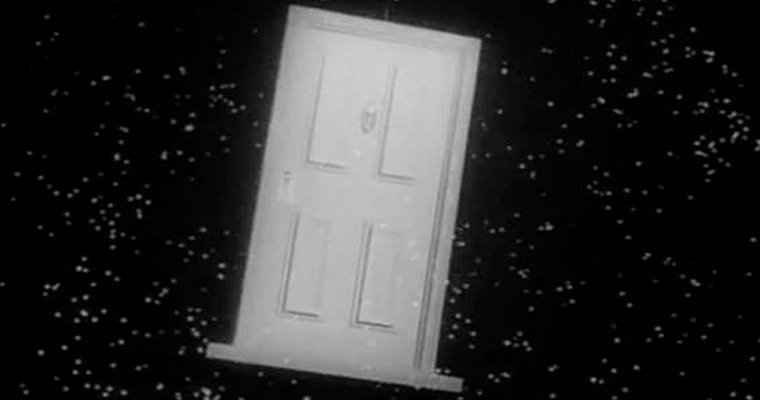 Shrine - a view from the other side

After posting Andy Rix's original version sleeve notes from the kent cd, andrew hamilton got in touch, and gave this other view on one of the legendary northern labels, andrew h hailing from cleveland USA is a regular contributor to mags such as skm, a reviewer of soul cds for many outlets, has been involved on the soul recording side his name appears on many soul sides as writing credits, and is a main fighter in raising american awareness on soul singers who apart from regonition by uk soul fans, have largely been ignored

I had to write you after reading the Eddie Singleton/Shrine story. I found it informative and interesting but full of fantasy. Dont get me wrong I love reading these type stories. Its just that Singleton tries to make Shrine seem like a big deal when in fact it was colossal bust. I would love to see evidence of Shrines so called "local hits," in the Tri-State area, some radio survey charts or something, the fact that Eddie stated he pressed up 2,500 copies of each release. Where did they go? Surely not to any jocks in Cleveland; no Shrine recording ever got played in this area, not even on the weekend and college stations. I doubt very seriously if they made any type of impression in the D.C./Baltimore area. The building that warehoused some Shrine recordings did indeed go up in flames. Ive heard most of the Shrine material and to be blunt the stuff was weak compared to what other labels were putting out at that time. Even payola wouldnt have help much, they simply werent in the pocket.

They are interesting to listen to now on tape and CD, but have you ever heard a Shrine 45? Hell, most people have never even seen one. The only person who went on to become something from Shrine was Keni St. Lewis, who later wrote for the Sylvers, the Jacksons, Tavares, and others. How do you think Motowns Quality Control department would have rated the Shrine Recordings? My guess is most would still be unreleased and buried ass-deep in a vault somewhere. But this is the beauty of Northern Soul and old obscure tracks, the story behind the record is always more interesting than the record itself. Berry or Nat Tarnapol didnt have to put any barriers up to stifled Shrine. Shrine stifled itself. Listen to what was being released at that time then listen to the Shrine stuff. Which would you buy? If you were a DJ, which would you play? Ive talked to numerous people in the D. C./Baltimore area who have never heard of Shrine, it artists, or recall hearing any of the songs on the radio.

Im talking about people age 40 to 60. Which isnt saying much cause most Clevelanders have never heard of Jessie Fisher, Lou Ragland, Johnny Moore, Cleveland Robinson, the Soul Notes, Fred Towles, the Sensations, and numerous others. Thank you Lord for not making me a music frontrunner, I love the experience of picking up the old and obscure at flea markets or second hand stores and discovering sounds I enjoy, admiring the label, and checking the writers and producers credits.

Its a rush Ill continue to seek til the day I die.

this was posted in 2003 in reply to this article

comments from the old feature

I would have to counter this "theory" with the fact of being one of Eddie Singleton's sons who saw many things first hand. First off, my father NEVER claimed that Shrine Records was the end all be all for his career in music or even that relevant in comparison to the many things he achieved. There were many other pressings and sessions that you don't know about and nobody else alive right now knows about that have production where my father used orchestras in the music creation which was rare and special for soul back then. He was the only black man to have his own up and running fully staffed office with teams of writers and producers on Broadway in New York at the age of 22. Legends like George Clinton and Luther Vandross were among plenty that grabbed coffee for him and the guys as well as sat in on sessions before they even were made relevant by their own endeavors. Some of my father's friends who were established and astute verified that to me themselves so I seriously doubt they are exaggerating about these things as they have nothing to gain themselves at all. They simply witnessed it and saw for themselves. Please respect that fact and don't get caught up by what people in Ohio remember what.

The majority of the folks from those generations in Ohio, Detroit, etc. can barely remember speeches by Martin Luther King Jr. let alone what songs or artists were relevant or hot back in the Shrine days. Need proof? Look at the urban music communities and fans of today. They can barely remember anything relevant past a 2 year time span. As a child I've been to various Ojays and Main Ingredient concerts among plenty of other soul and funk concerts and have seen various legends and stars revere my father and tell me personally of the many great things he has done noticed and re-written by those in power. We've had dinners with them, some of them lived with us at times and various other family and friend functions to say the least. So I'm talking from a very personal, intimate and real level seen by few. Money and clout buys history. Try that for your theories. How many writers, producers, and musicians have been cheated due to needing money and not understanding the scope and historical consequences for selling their publishing due to hardships? Politics are politics and those who have favor with money and fame will denounce who they choose and say whatever they want with authority. It doesn't mean that any of it is right to say the least. If they had the protection and understanding that a chosen few had, you and many others would undeniably see things more clearly in relation to the history of this soul music. My father had his ways at times just like any other real person, but he also had the heart of a saint and often assisted if not elevated plenty of others careers as they left him high and dry after getting where they got.

Rick James was one of them that my father discovered in NY, produced, mentored, and took him under his wing as he was betrayed once Rick signed onto Motown. Tony Orlando was another dear friend of my father that he produced and worked with as well. Nina Simone was another act my father managed and produced. She taught me the importance of true songwriting and getting in tune with your soul when making music. She gave us her black Pomeranian that we loved and took care of for over 10 years!! Just that alone is enough. Not to mention songs he wrote and produced for Jackie Wilson, them songs for the Partridge Family show as well as many other innovations and feats few have been able to pull off regardless of the adversities.

Try understanding and meeting various astute songwriters, musicians, and producers that have plenty of credits for many relevant soul and r&b projects that have been either shorthanded, denied, or not given credit consistently for things they can site with complete accuracy doing. The point is that many things happened in those times due to artists, writers, producers, etc. being naive and gullible in regards to what rights they had and the importance of having paperwork taking care of that protected them as well as not just settling for advance money to get by. Publishing was bought by certain music "moguls" and these "moguls" re-wrote music credits and history to tell the story they wished to tell which often denied the very founders and creators of this soul music that many folks collect, enjoy making money off of buying and selling rare prints when me, the creators of this stuff, and other descendants of these pioneers often live with hardships.

There are plenty of more things that I don't have the time to share about what my father has achieved or influenced in the music game or other fields that has yet to be admitted or acknowledged. In closing I would just ask that if you care to deny the truth of whatever my father Eddie Singleton has said, please care enough to admit and respect the truth that you may not know about in regards to what he's done as he has been admired and loved by those who lived and knew his story.

Think Mr Hamilton needs to listen again and that's me being polite, some of the stuff released on Shrine is absolutely mind-blowing, how he can think it's tenth rate is beyond me.

You're right on that one Pete fantastic music .Regards Simon.

Remember Fortnum playin it in 89, you were on playlist too and Rudzi, Rich Elmer and Sreve Phylisis from Notts

Err that was meant for Sharmo 1 . No disrepect intended.

Shrine & jetset, i'm in heaven when these 45s get played out