Reunion put on ice, but date not wasted

OK, lets start with the bad new. Stafford, The Reunion has been put on ice, it will go ahead, but not until next spring. Guy Hennigan has to be in the Far East and Ady Pountain has a commitment in Chicago he can't get out of and I won't do it half arsed, as I've said before. There is great desire amoungst those that used to attend that we have another get together and as I said it will go ahead when all elements can come together.But anyway, not going to waste the date. Last time we did the reunion, we had a spirit of Stafford room with Butch and some others in there, that was well received. Several of us have spoken on many occasions about doing something along those lines again. Have also been ask on many occasions why don't you do another venue like Stafford ? Along side this I have spent the last few years discussing with many attendees around venues in the country what the like and don't like about the scene today, venues, music etc. out of this has come several recurring themes:

There were a lot more views, but time and space prohibit them all being listed. But taking much of this on board have decided to use the date for a trail event to see if the interest is really there. The venue, The Box, Crewe, located in the town center opposite a main line rail station and only a few miles off the M6. So central and easily accessible. Music policy, a bunch of mates playing the best records they can, keeping the dance floor happy with no dictate from the promoter. Awesome in house sound system with constant sound engineers. Everyone together in one room, simple really................. 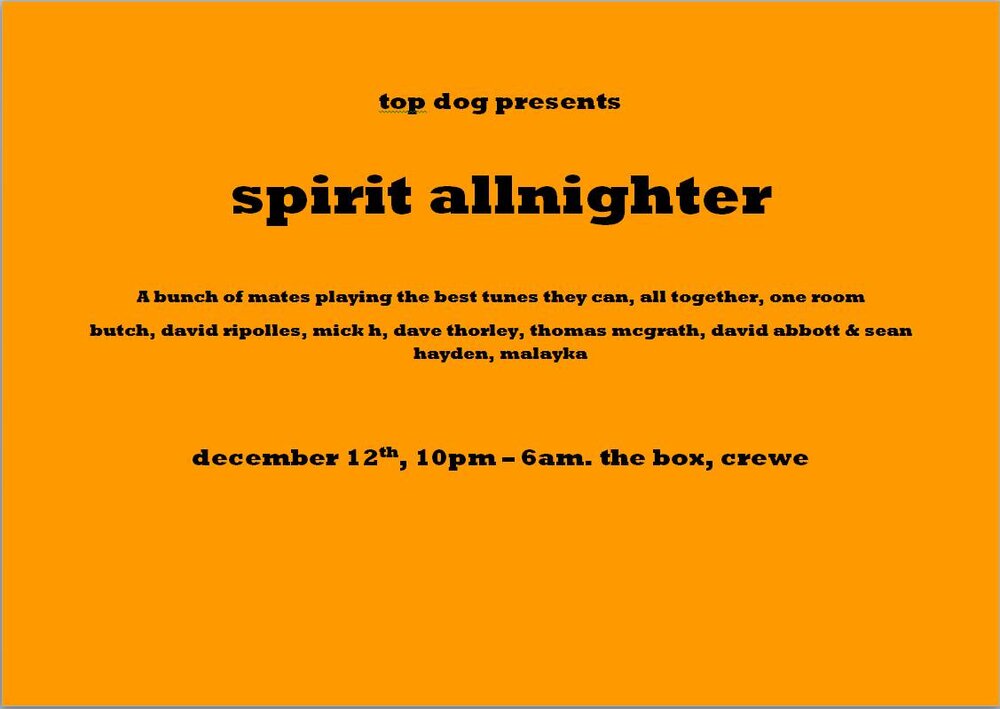