After an almost 3 year gap we now have volume 6 of this series out on the streets. The tagline of  'high-quality dance records from across the Northern Soul spectrum – floor-fillers, chin-strokers, the esoteric and the sometimes obvious' gives the game away and if still need convincing you can listen and read just what Northern Soul's Classiest Rarities means below...

It’s nearly three years since the last volume of this respected series. The eye-opener on this new collection will be the previously unissued version of ‘I Only Cry Once A Day Now’, a superb Gene Page arrangement treasured by the Puffs on Doré but performed here by the mighty Fidels. Fellow Los Angeles vocal group the Hyperions contribute the catchy and exciting ‘Why You Wanna Treat Me The Way You Do’, and the Lon-Genes’ rare single ‘Dream Girl’ gives further kudos to that city’s soul reputation. Difosco (aka Dee Ervin) recorded the ebullient ‘Sunshine Love’ for another Los Angeles imprint, Earthquake, and its standing among collector’s continues to grow, while we finally put out the correct brass-filled version of Peggy Woods’ great mid-80s discovery ‘Love Is Gonna Get You’ for the first time on CD.

Much-travelled soul ambassador Sidney Barnes has licensed us his super-rare production of ‘I Wanted To Tell You’ by Little Nicky Soul and later under-the-radar creations on Andre Scott and Jean Carter. He has also added substantially to the booklet notes in an illuminating and entertaining manner. Sid’s Detroit production partner, soon-to-be superstar George Clinton, offers up ‘You Won’t Say Nothing’ by Tamala Lewis, one of the earliest works from his New Jersey days. That disc eventually became a Northern Soul classic, as did Jackie Day’s ‘Naughty Boy’, Johnnie Taylor’s ‘Friday Night’ and Betty Turner’s ‘The Winds Kept Laughing’. An even more established gem is given an interesting twist in a newly acquired early version of Maxine Brown’s ‘One In A Million’; the subtle differences make it an aural thrill.

The Just Productions tapes have turned up an earlier version of Jack Ashford’s ‘I’ll Fly To Your Open Arms’, called simply ‘I Can Fly’, by great vocal group the Magnificents. The Detroit Emeralds’ LP-only ‘Long Live The King’ is finding favour with soul fans recently and sounds vibrant here. More Detroit quality comes via a recent tape discovery from O.C. Tolbert, whose distinctive vocals give Dave Hamilton’s ‘(Marriage Is Only) A State Of Mind’ a soulful twist. There are two majestic big beat ballads from the vaults of Los Angeles arranger Jack Nitzsche: Nooney Rickett’s unissued ‘Sad Tomorrows’ and Daniel A Stone’s terrific take on ‘Young Boy Blues’. Jock Mitchell’s moody and mysterious ‘Nomad Woman’ fits snugly between the pair. Two excellent early soul rarities come from Chicago soul stalwarts the Vows and the Kittens, while it’s over to Memphis for a pretty Carla Thomas recording (unreleased until 1992) called ‘Little Boy’, the perfect ender to this collection of treasures. 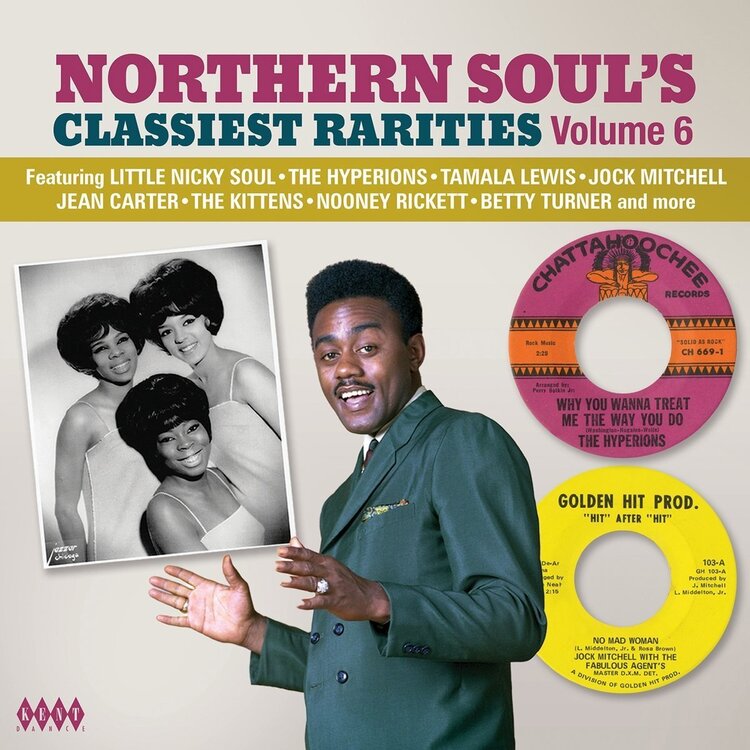