Soul Junction is Runnin' Wild with the Scott Three

A record that has seen plenty of turntable action over the last decade or so, initially by the like of Paul Sadot, Jordi Ripolles and Alan Kitchener if memory serves me correctly, more recently by Mick H.  All have helped turn this obscure Atlanta release into a very popular spin and demand for it has risen.  That demand can be satisfied with the forthcoming release via Soul Junction.  For those that like their soul a little more sedate, flip it over for the excellent Gotta Find A New Love.  Randolph Scott can be found on social media sites and is "overwhelmed" with the release of this 45. Great to see artists get the recognition and for them to see the appreciation held for them. 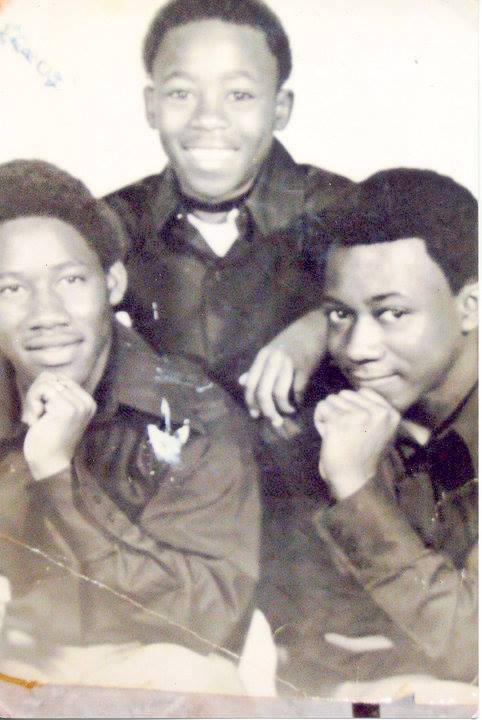 The Scott Three was a vocal group consisting of three brothers, the eldest being Randolph followed by Michael and finally the baby of the family, Zachary. The three sons had been born to their late parents Louis and Alma Scott while living in their native Detroit Michigan. In 1965 the Scott family relocated to Atlanta Georgia setting up home in the College Park district of the city.

It was following their arrival in Atlanta that Randolph organized his brothers into the family vocal trio known as The Scott Three. In early 1968, The Scott Three during one of their stage shows came to the attention of a local Atlanta record producer, Thomas ‘Tee’ Fletcher. Randolph was looking to record a song he had recently composed entitled “Running Wild (Ain’t Gonna Help You)” with the original idea of just using the instrumental version on the b-side.  Tee offered Randolph as an alternative a song that he and James McDuffie had composed entitled “Gotta Find A New Love”. 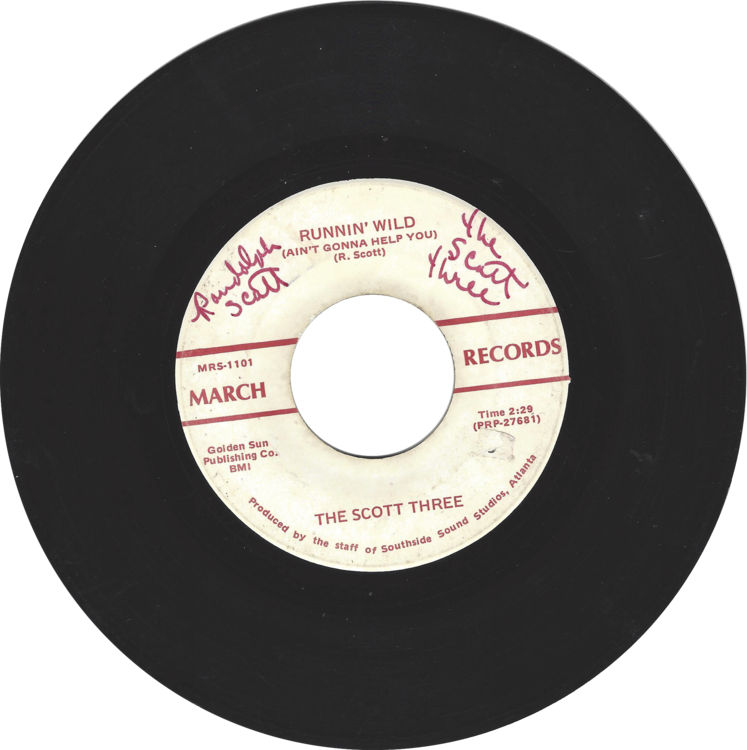 So in March of 1968, The Scott Three now aged 16, 15 and 10 respectively recorded their solitary 45 release “Running Wild (Ain’t Gonna Help You)/ Gotta Find A New Love” (MRS 1101) this being the reason  ‘March’ was chosen for their labels name. The session recorded under the tutelage of Tee Fletcher was held at the Southside Sound Studio using musicians James Duffie, Ray Ranson and Reggie Harger with both of the later becoming part of the rhythm section for the hit group ‘Brick’. The lead vocals on both tracks were performed by Randolph Scott. The release of the record did enhance the popularity of The Scott Three earning them regular bookings throughout the state of Georgia. Now forty plus years later The Scott Three have discovered a new found popularity in Europe with the quirky groove of their “Running Wild” finding favour with the aficionados of the rare funk and soul scene. While the flipside the beautifully lilting “Gotta Find A New Love” is also gaining a growing reputation. 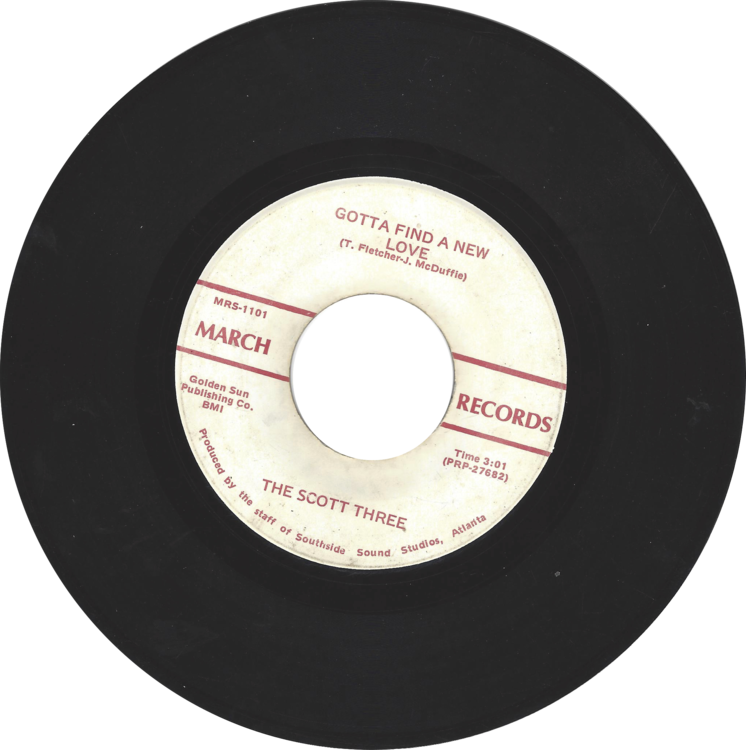 Sadly Zachary Scott didn’t get to hear of this new found popularity of their songs having passed away in 1995. With Michael Scott too recently losing his life in a tragic hit and run accident in September of 2015. The remaining brother Randolph has continued the musical family tradition of The Scott Three mentoring his two daughters LaTocha and Tamika Scott who performed as part of the 1990’s R&B group ‘Xscape” (who scored with three consecutive platinum albums) and are currently pursuing their own solo careers. Randolph now a retired law enforcement officer, who became an ordained pastor back in 1995, later founded The Christ Miracle Temple in Union City. He now spends his time teaching Martial Arts and Firearms Practice, while pursuing a career in Gospel music. 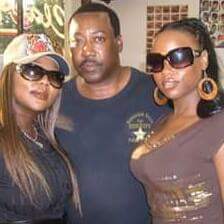 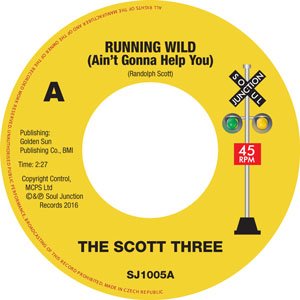 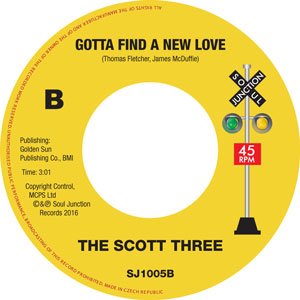 To purchase go directly to Soul junction at