Just a quick note to say that the advance copies of the Al Abrams book "Hype & Soul - Behind The Scenes At Motown" turned up last night. They have been approved and we will have the bulk stock delivered early next weeek, and will be mailing out on Tuesday or Wednesday to everyone who has ordered an advance copy.

The book looks amazing and we are thrilled with it. If you are into Motown and Soul it's a must read.

It's strange how things work out. The approval copies turned up yesterday around the same time as Al sadly,attended the funeral of his former boss and long time friend Esther Edwards. There are some great pieces about Esther in the book and she was looking forward to seeing it.

The book is 288 pages long, hardback with dust cover, and is full colour. The combination of searing "I was there" essays written by Al for the book and stunning graphics made up of press releases, newspaper and magazine clippings, rare photographs and Motown documents from Al's extensive West Grand Boulevard archives is stunning.It's a combination of great editorial and chic coffee table book. 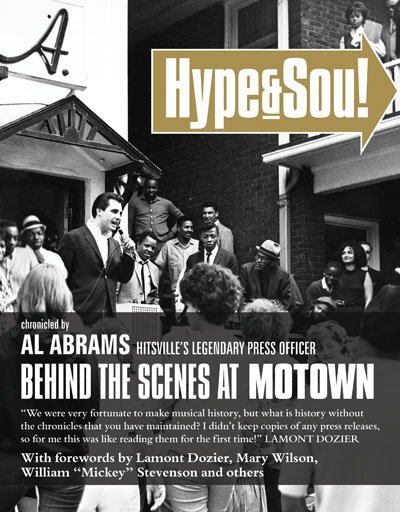 It's been a real honour, and daunting too, to have had the task of working on the book by Berry Gordy's first employee. Hopefully we have done it justice.I had to pinch myself this morning when I looked at the introductions from Lamont Dozier, Mickey Stevenson and Mary Wilson!. 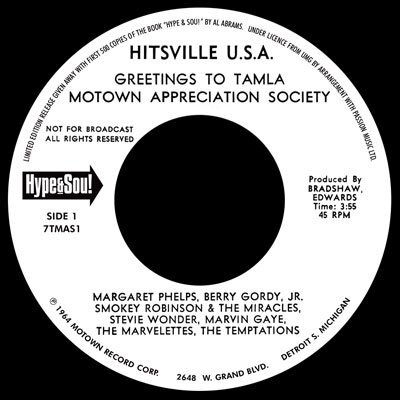 The first 500 copies of the book come with a bonus single, a red vinyl replica of the 1964 Hitsville Tamla Motown Appreciation Society disc. The records have been sent out in adance of the book and have gone down particulary well overseas as I guess not that many copies of the original escaped from the UK.