Hard on the heels of the debut release 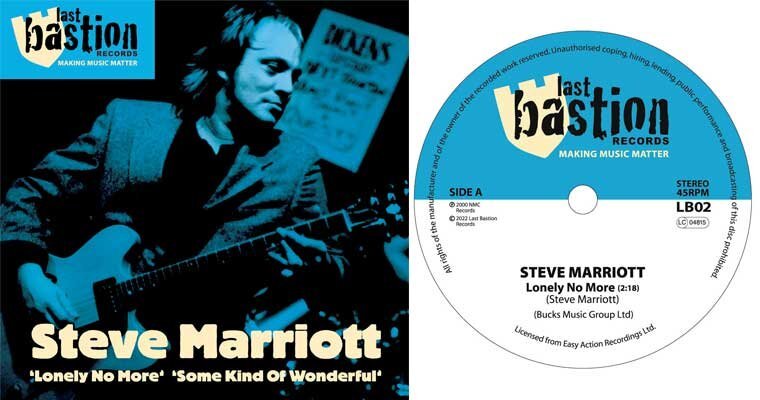 Details are out of the second release from the Last Bastion Label. First time on vinyl for both of these tracks.

Steve Marriott - Lonely No More / Some Kind Of Wonderful - LB02

The two tracks uniquely featured on this 'Soul Man' 45 are from two unreleased 1980's albums. 'Lonely No More' from 1981 was to be the opening track from Majik Mijits, a Steve Marriott/Ronnie Lane collaboration that also featured lead guitar man Mick Green, boss player Jim Leverton, drummer Dave Hynes and keyboard man Mick Weaver (aka Wyder K Frog).It was recorded at the Corbett Theatre in Loughton Essex on Ronnie's mobile studio, The LMS.

Sadly the recording coincided with Ronnie Lone being struck down with  the crippling disease Multiple Sclerosis therefore no record company would release the record as Ronnie was too ill
to go on the rood to promote it.

Steve Marriotts prolific collaborations over the decades with ladies of soul including Clydie King, Venetta Fields, Sherlie Matthews, Billie Barnum, Claudia Len near, P.P. Arnold, Doris Troy, Sam Brown and Margo Buchanan are in the main 'invisible' with recordings lost and/or unreleased. In the meantime hopefully this 2nd Last Bastion Records release will give a small insight into the soulful side of Steve,. !st time on 45, originally recorded for unreleased /shelved LPs and includes two of The Small Faces finally re uniting and on the flip, backing vocals from P.P. Arnold again re uniting with Steve."

What a voice, the late great Steve Marriott sounding as Soulful as ever!"

"He (Steve Marriott) had the best white man singing the blues, white soul singer voice ever. He was a black man in a little white body."

"Both of these tracks, in my opinion, prove that Steve Marriott was most definitely the best British Male R&B/Soul vocalist.... He was authentic, full of expression and all the way "Live. I remember recording those BV's on Some Kind Of Wonderful with Sam Brown and Margo Buchanan. The track was on fire, raw, funky and full of spirit."

Lonely No More" sees the legendary duo of Marriott & Lane back together for one last time. It's like they never went away. Superb!" 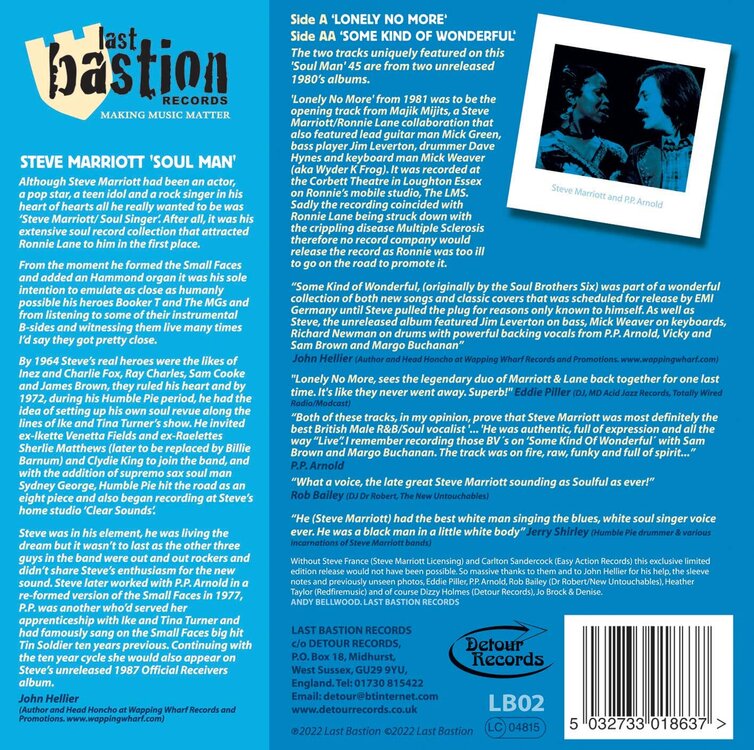 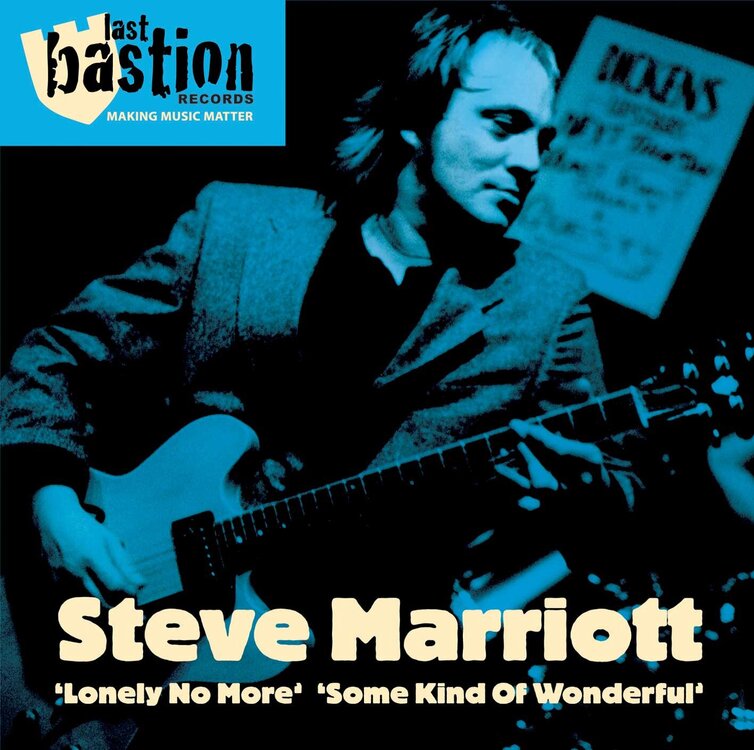