a fitting epitaph to a man whose enthusiasm, passion and knowledge were unsurpassed

A review of Eccentric Soul: Sitting In The Park - Various Artists

In Eccentric Soul: Sitting In The Park, The Numero Group pays homage to the life and work of the late Chicagoan Bob Abrahamian.  Abrahamian was devoted in the celebration of “Chicagoland” and made it his obsession to discover and document Chicago Area Soul recordings from 1960 – 1980.  He showcased these discoveries on his weekly radio show on WHPK which championed obscure Sweet and Group Soul, putting a spotlight onto many local artists whose output would have otherwise remained forgotten.  In addition to the music, his shows included many interviews of artists, giving the listener some insight into their backgrounds and that of their recordings.  These interviews can still be found on-line at http://sittinginthepark.com/interviews.html 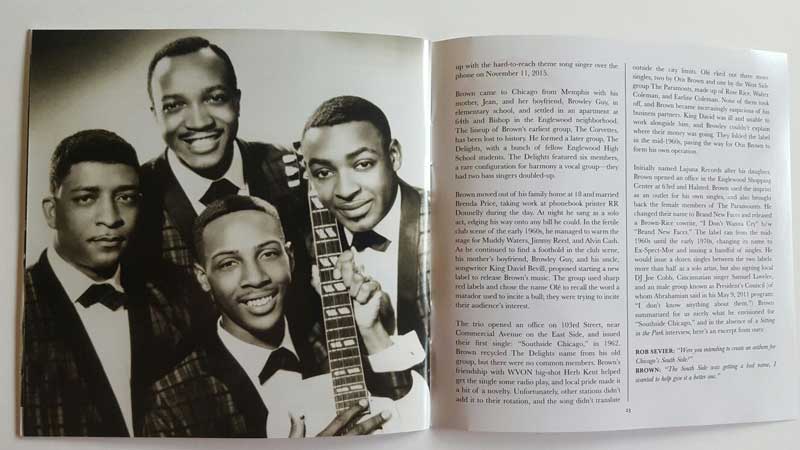 The CD begins with the first of two female lead tracks on the compilation.  Cindy & The Playmates – A Portrait of God’s Love; A great choppy mid-tempo number with a nice string and piano break midway through.  The other is The Krash Band – So I Can I Make This Change; with lead vocals Evelyn Holder it’s a lovely mid 70’s swayer.

Cliff Curry – Let Lover Come In; is the first outing on CD for this 1973 demo.  It’s sparse, with instrumentation coming from just a piano, guitar and some form of percussion and I really like it.

The Northern styled dancer Life of Tears by Walter And The Admirations is one of the more well know tracks included here.  Other tracks that have also seen some action on the desk are Shades Of Brown – How Could You Love Him and The Producers - Give Me One More Chance, both great examples of mid-tempo crossover soul.  Onto a funkier vein is Master Plan Inc – Try It (You’ll Like It), with its breakbeat intro this song keeps on the right side of funk (which I don’t have a problem with), without losing any soulfulness.

The rest of the tracks are generally more down tempo with the likes of The Enchanters - A Fool Like Me, which has a great talkie intro before moving into sweet soul heaven.  Ahead Of Our Time – It Ain’t Fair is a falsetto lead group soul with tight backing and personally I think it’s comparable to the best stuff the Delfonics or Stylistics were doing at that time.  The other tracks included all have their merit and I don’t think there’s a duff track on the whole CD.

The final track is Otis Brown and the Delights – Southside Chicago; a lovely laid back toe tapper which was used as the “Sitting In The Park” theme and was included in every instalment. 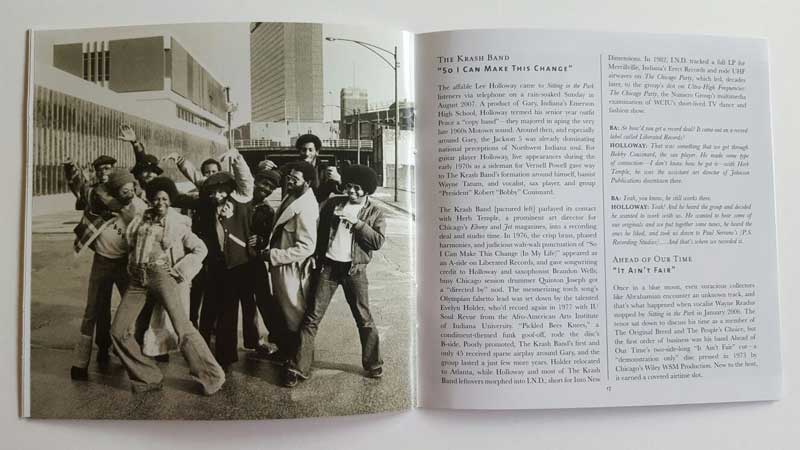 There are times during the play-back where the sound quality of some tracks seems muffled (Oneness – Hard To Know, is one of them) and I’m unsure if it’s the mastering or the quality of the original source that is used.  Saying that, I’m not an audiophile so it didn’t detract from my enjoyment of the CD.

The accompanying booklet gives an insight into Abrahamian’s life, the evolution of his show and the demons he battled.  It’s packed with pictures and detailed information on each track and includes a snippet of each of the artist interviews. 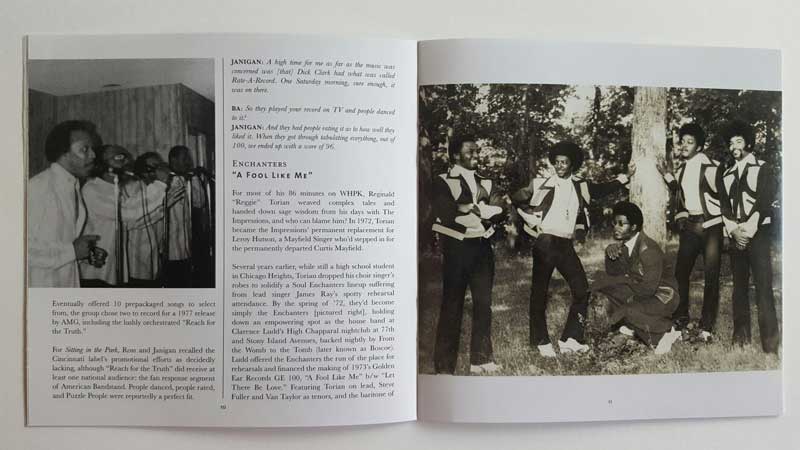 It’s a fitting epitaph to a man whose enthusiasm, passion and knowledge were unsurpassed.  His death, not only hit hard the world of record collecting and many music forums he frequented, but Soul Music lost one of its best assets, R.I.P. Bob. 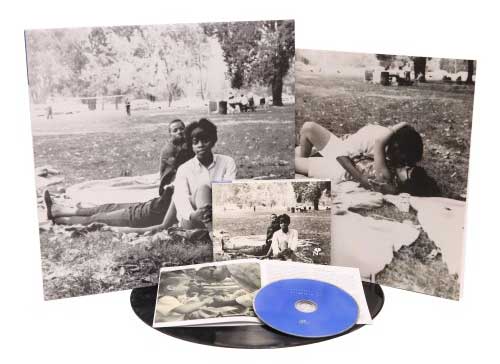 1.Cindy & The Playmates - "A Portrait Of Gods Love"

2.Shades Of Brown - "How Could You Love Him"

4.Puzzle People - "Reach For The Truth"

7.Procedures - "Give Me One More Chance"