The identity of one of the scenes iconic groups revealed.

The MVP’s 1971 release for the Buddah label, “Turning My Heart Beat Up” has become one of the most iconic records to have ever been spun on The Northern Soul Scene, due to its inclusion as part of the soundtrack of Granada Televisions 1977 documentary, ‘This England”. On the much maligned night their camera’s entered the underground nocturnal world of Wigan Casino.

There have been several different schools of thought throughout the ensuing decades as to whom the group really were? From claims that they were a white pop group, a claim probably based on some of the other middle of the road material that the songs writers and producers Bobby Flax and Lanny Lambert have in their repertoire.

Others believed them to be in all probability the same group as the Florida outfit ‘The MVP’(Most Valuable Players) who recorded a string of 45’s and an album of the same name on the MVP label. Fortunately at last all these previous assumptions have now been disproved.

The real story behind the identity of the group arose albeit unintentionally when following a licensing deal between us (Soul Junction Records) and veteran Atlanta, GA songwriter, performer and producer Thomas ‘Tee’ Fletcher, from whom we had licensed The Combinations Kimtone 45 rarity “I’m Gonna Make You Love Me”.

When we asked Tee Fletcher if he had any promotional photo’s or background information on The Combinations he advised me that he would introduce me to a former recording artist and friend of his, one Mr. Al Davis quote “Al’s the best person to ask”! So during the ensuing conversation with Al Davis the following story of the true identity of The M.V.P’s unfolded:

The Combinations were a vocal quartet out of Atlanta, Georgia, who recorded a solitary 45 single entitled “I’m Gonna Make You Love Me/The Goddess Of Love” in 1968 for the vanity Kimtone label. This project was a collaboration between Thomas Fletcher (or as he’s more widely known as ‘Tee’ Fletcher) and Billy Lyles. 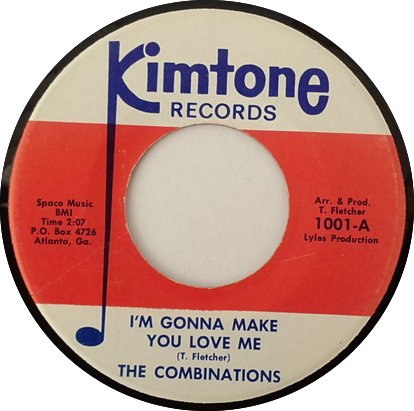 Tee would feature as producer and arranger upon both sides of the 45, with him being the songwriter on “I’m Gonna Make You Love Me”. Tee remembers the group’s original line-up as being the lead singer Emory Cloud supported initially by a bass singer known as Smitty, a first tenor known as Big Harold and a second tenor Little Harold, with Smitty later being replaced by Jack Fraser (prior to the Kimtone 45 release).

Although the Kimtone 45 did make some noise locally for The Combinations they had by then already built a reputation as a sharp well rehearsed working group who performed regularly throughout  the states of Georgia, Florida and The Carolina’s. A later merger between two groups would see Emory Cloud and Jack Frazer from the Combinations joining up with Jesse Bryant and Alphonzo ‘Al’ Davis of the group known as ‘The Classic’s, the name under which this new ensemble continued to perform, for the immediate future anyway.

Jesse Bryant, Al Davis and Jack Frazer all knew each other well having previously performed with Louis Grant as part of the Doo Wop group The Continentals who recorded the 1962 outing “It Doesn’t Matter/Whisper It” (Hunter 3503) with Louis Grant being the songs composer.

One of the Atlanta clubs where The Classic’s often performed was situated on the formerly named Hunter Street now known as Martin Luther King Street, and was named after it’s owner, the former Major League Baseball player, Donn Clendenon.

Donn Clendenon is best remembered as the World Series MVP (Most Valuable Player) of 1969 when as the first baseman for the New York ‘Amazin’ Mets he scored a series clenching record of home runs for a five game series. It was Clendenon by then acting as The Classic’s manager who was responsible for persuading them to drop the name ‘The Classic’s in favour of and in an act of his own pure self-indulgence, assume the new group name of ‘The Most Valuable Players’ (later abbreviated to just ‘The M.V.P.’S). 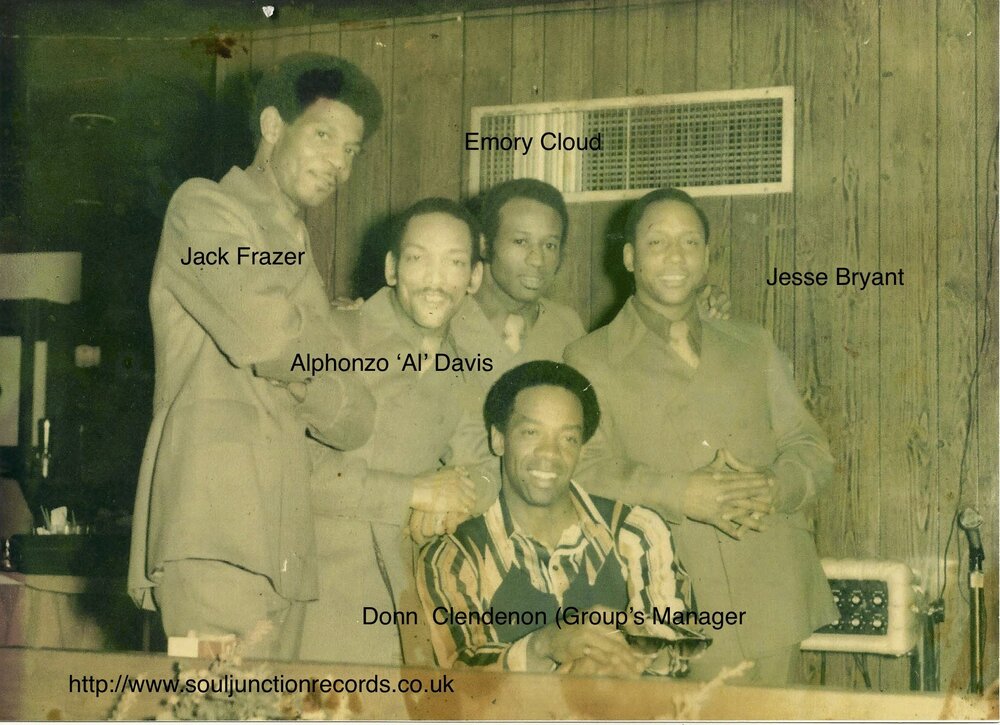 The New York based Buddah label at the time had a series of A&R men working throughout the southern states searching for new talent. It was through Clendenon meeting one of these A&R men and accepted his invitation to take The M.V.P’s to New York that they recorded the Bobby Flax and Lanny Lambert produced and penned “Turning My Heartbeat Up/Every Man For Herself ”(BDA 262). 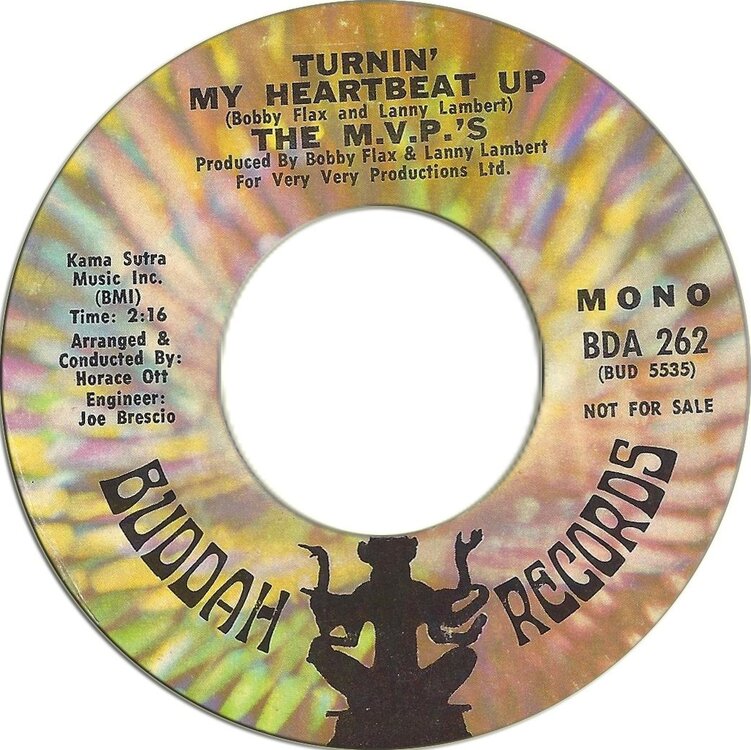 The lead vocals on “Turning My Heartbeat Up” were performed by ex Combination lead singer Emory Cloud, while the lead vocals on the 45’s flipside “Every Man For Herself” were performed by Al Davis. “Turning My Heartbeat Up” would later become a popular sound on the UK northern soul scene achieving iconic status with its inclusion in the sound track of the 1977 Granada Television Documentary “This England” feature of Wigan Casino. Unfortunately there was to be no more recording made and sadly all the members of The Combinations have since passed away, with the exception of Alphonzo Davis, the last of ‘The M.V.P.’S’.

The above is an extract taken from the sleeve notes of the forthcoming Soul Junction CD album: “We Got A Sweet Thing Going On” Volume 2 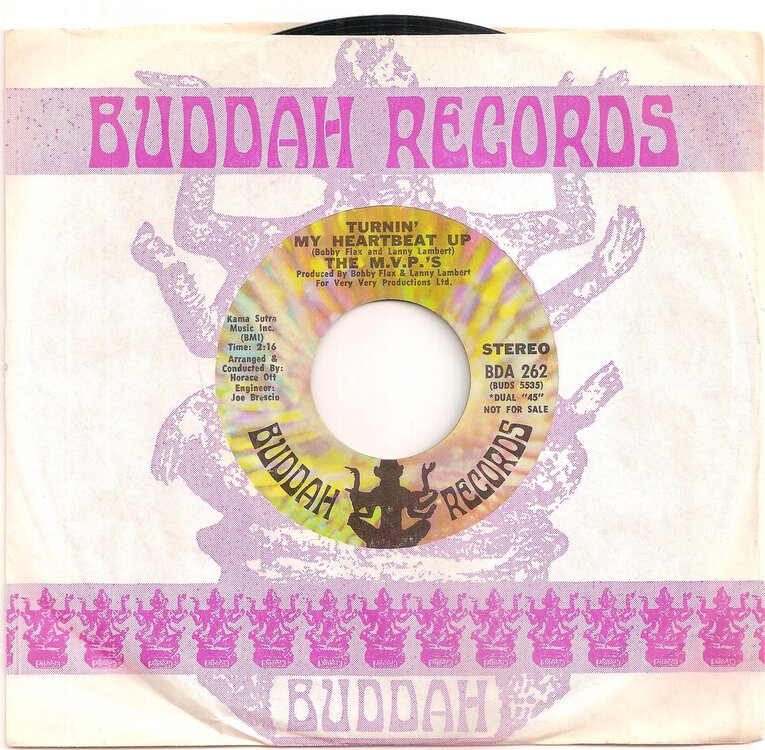