the timeless nature of the whole world of mod

I was never a Mod. Ok, I had the sta-prest trousers and the Ben Sherman shirts, listened to some of the music, but would never have classed myself as a Mod. This was rural south-west Scotland we are talking about, not one of the major cities where you could find numerous clubs playing the music you enjoyed. However, visiting bands at the local Town Hall were generally from the north-west of England, so there was more often than not an r&b, Stax/Atlantic and of course Motown influence in the music that they played. This is where I got hooked.But no, I was never a Mod.

The music, however, was certainly appealing, like this latest offering from the Kent/Ace Stable, entitled - ‘Modernism’ a follow up to their recent release ‘Modernists’ and one that the Mods scattered around the country should certainly appreciate.The majority of the tracks are obviously from the mid to late sixties and as the music echoes out of the speakers, you could close your eyes and be transported back in time to one of those smokey, sweating, Brut smelling basement clubs where fashion was as important as the sounds.

To my ears, one or two of the tracks, lean more to the r&b side of things like Eddie Bo’s ‘Tee Na Na Na Na…’, while others, such as Chuck Jackson’s ‘Beg Me’ and The Ambertones ‘Clap Your Hands’ definitely sound dated. The Shirelles offering - ‘Crossroads In Your Heart’ first saw the light of day in 1987, with the opener from Teddy Reynolds – ‘Ain’t That Soul’ an un-released version of a late sixties track, ‘We Gonna Rub Pt1’ by Joe Johnson, which lay in the vaults until the 1990’s and Wallace Johnson’s ‘Private Eye’ being another that failed to see the light of day when it was recorded.

For me though it was the more ‘northern’ tracks that shone through such as The excellent Lou Johnson with his ‘Magic Potion’, The M&M’s and the Peanuts ‘The Phillie’ and Joan Moody’s ‘The Life of the Party’. The Stax/Atlantic sounding ‘Soul Is My Game’ by Chet ‘Poison’ Ivey and his Fabulous Avengers is another that got a second play.

As for the last track, the oldest on the disc, dating from 1958 – ‘Listen to me (Baby) by Ralph Ventsha and Red Julian Quartet, I imagine that this, as the booklet notes hint to, would be a perfect ender in any Mod club.

With the Mod scene, arguably having never been away, but lurking behind the effervescent Northern Soul one, this twenty-four track cd will be well received by those of the former persuasion and as it says in the usual first class booklet, penned on this occasion by Dean Rudland, “we are trying to depict the timeless nature of the whole world of mod”. 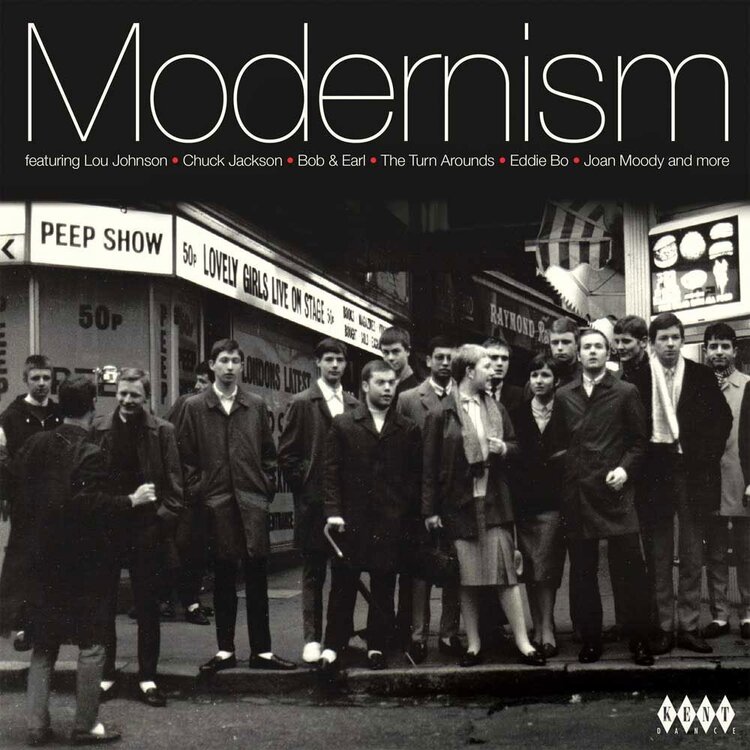 Marks out of five? As I said, I was never a Mod, but can imagine four would be about right.