New: The Delights - Listen To Me Girl - Soul Junction

The Delights “Listen To Me Girl” was a previously unissued Philadelphia recording.

That has been licensed from the stable of veteran record producer Emanuel (Manny) Campbell Jr. Although the track has been featured on one of Manny’s Coastal records cd projects this is the first time that this track has received a release on a vinyl format. 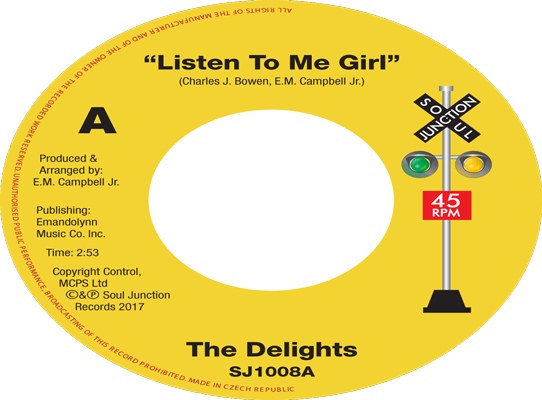 The Delights consisted of four male singers. With two of them being Manny’s cousins, brothers Keith “Toppie” (the eldest) and Ellis Hill, their cousin Jaime Hill plus a teenage friend of theirs. The lead singer was a girl by the name of Peaches. All aged between 16 to 17 years old and all from Chester, Pennsylvania. They had all gained valuable experience singing with other groups individually as backing singers on early recording sessions for the likes of the O‘Jay’s, Delfonic’s and Stylistics’.

With a family connection to Manny Campbell it was inevitable that they would eventually feature on some of his production sessions, with the Nu-Ron’s “All Of My Life/I’m A Loser” (Nu-Ron 1060) being one of them. Manny gathered them together to form a vocal group of their own under the group name of ‘The Delights’ (not to be confused with the group who recorded the song ‘Lover’ on Cuppy). 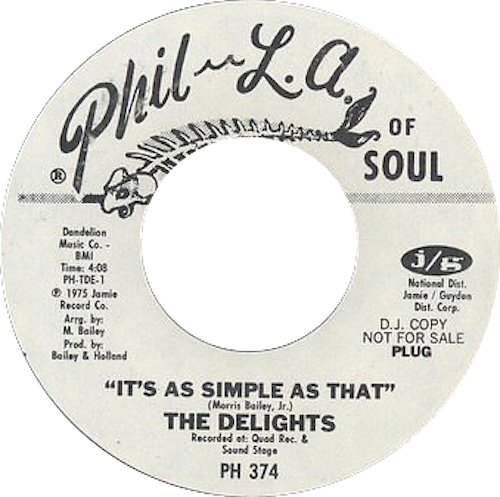 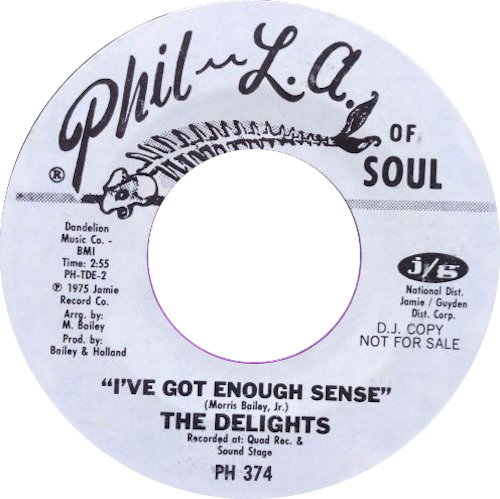 Entering the recording studio under Manny’s tutelage during the months of July and August of 1968 they recorded the delightful (pardon the pun) crossover soul dance track “Listen To Me Girl”. This is believed to be their only completed recording session.  With them being so young and somewhat unruly they were never able to complete the project’s Manny had in mind for them. “Listen To Me Girl” was composed by Manny and Charles J. Bowen a fellow Philadelphian, musician and composer, Charles’s writing credits can be found on many of Manny’s other productions with The Rotations “If I Could Be Like Columbus Where Would We Be/Don’t Ever Hurt Me Girl” (Law-Ton 1550) being a very fine example. In 1975 The Delights, now more grown up and under the management of a guy called Bryant did go on to record two excellent 45’s for the Phil-L.A Of Soul label. Firstly “It’s As Simple As That/I’ve Got Enough Sense” (PH-374) both sides of which are two excellent sweet soul ballads. Followed a year later by the up tempo “Face The Music/Things Ain’t What They Used To Be” (PH-379). All of their Phil-L.A Of Soul sides were written by Morris Bailey Jr. 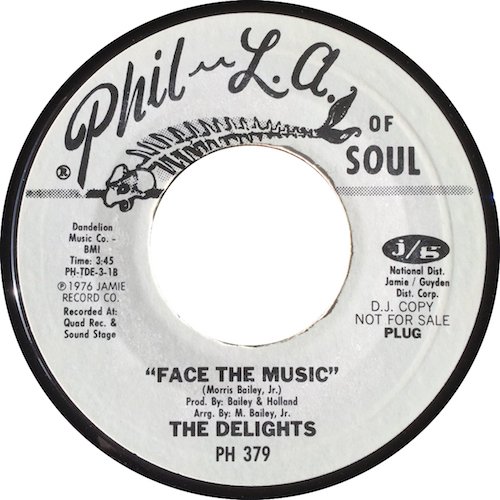 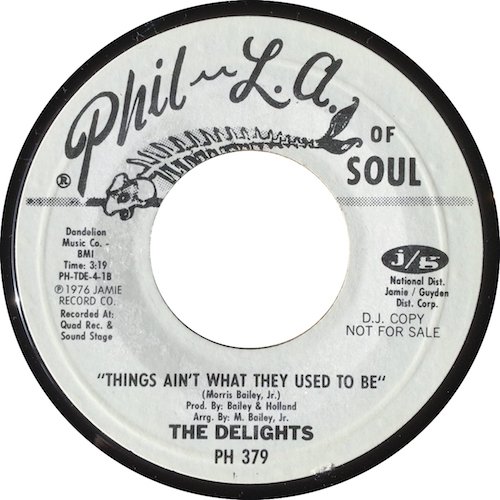 Tearra’s “Just Loving You” through the importation of copies into the UK became popular with the exponents of the modern soul genre eventually crossing over to find favour with the more open minded members of the Northern Soul scene. Now regarded as one of the corner stone anthem’s of the modern soul genre this 45 is still a highly sought after item. Tearra had been born Teah Louise in Mobile Alabama. 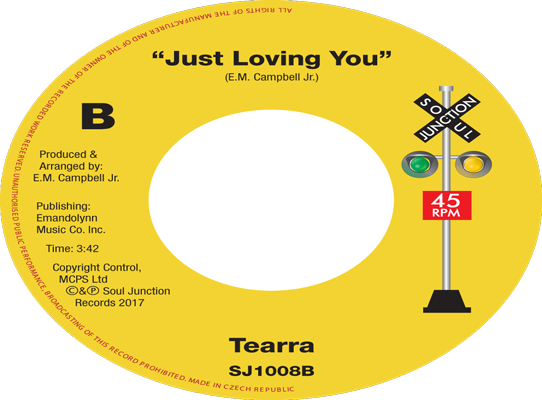 During the early to mid 1970’s Manny Campbell began spending more of his time in Atlanta GA. Finally making it his permanent home during 1979, the same year that he set up his Emandolynn Music studios, with Teah joining him  very soon after. 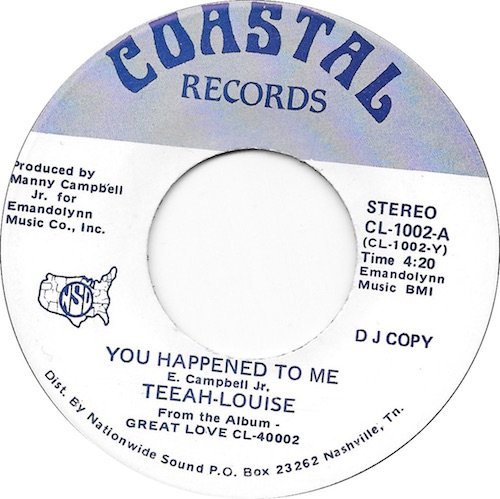 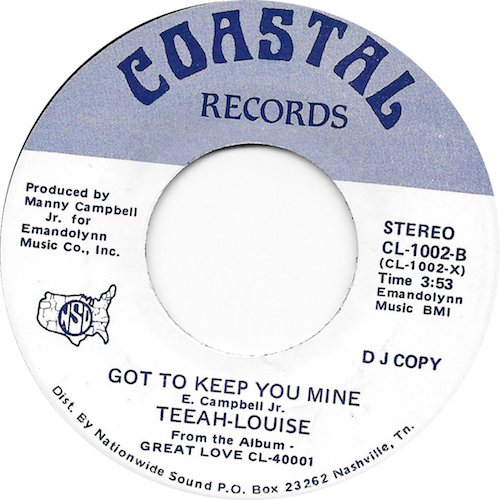 During 1980, Manny offered Teah the chance to record a prospective new album entitled ‘Great Love’ and subsequently released two lead 45 singles from the project on her. Firstly under her real name of Teah-Louise the disco influenced “You Happened To Me/Got To Keep You Mine’ (Coastal-1002) followed by the second 45 “Ooh Let This Feeling (Last A Long, Long Time) backed with the desirable “Just Loving You” (Midtown 1001) with Midtown, by then being Coastal’s main record distributor. 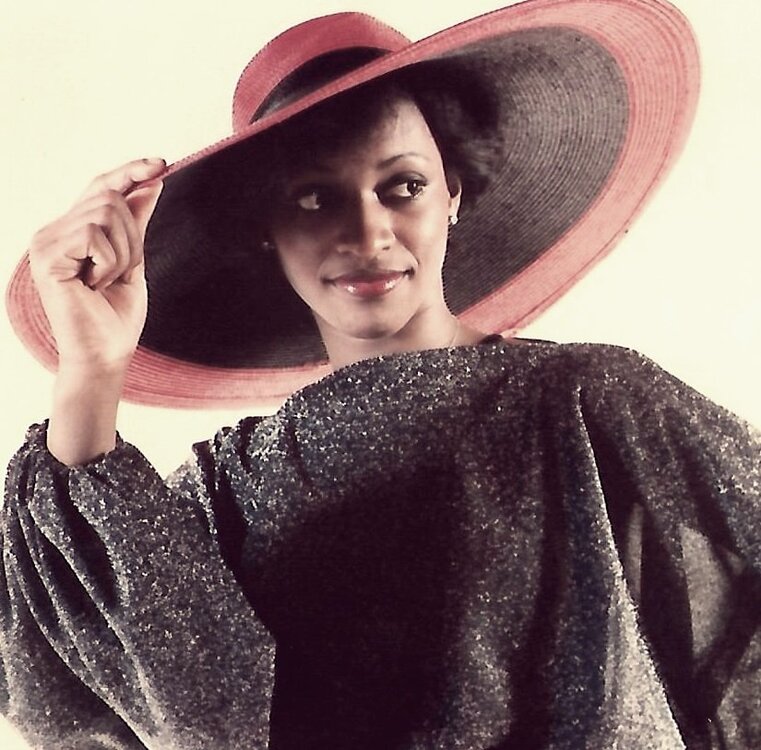 This second release appeared under the artist name of Tearra, due to Teah Louise by now not wishing to use her real name. Both the Coastal and Midtown releases were only ever pressed in 500 promotional copies runs with the anticipated ‘Great Love’ album project unfortunately never being completed.  The reason being due to Teah’s sudden marriage and shortly after leaving the recording business at her new husband’s request. 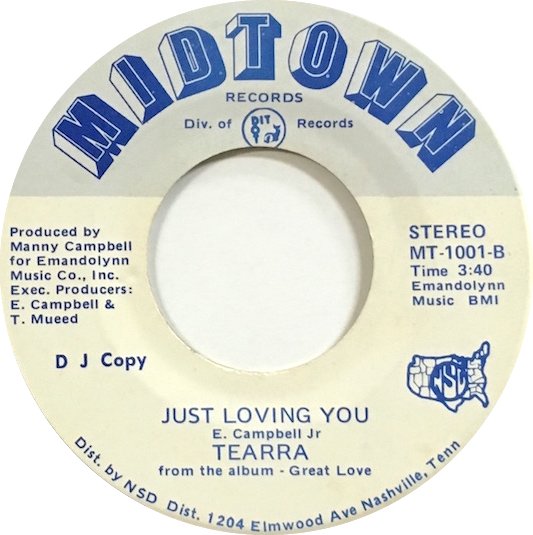 A later 12” Coastal Records single issued on the group ‘Tomorrows Wish’ features the song “My Love For You” which too shares the same backing track as Tearra’s “Just Loving You”. 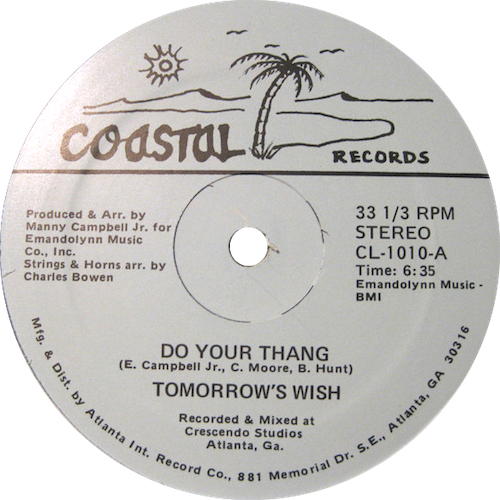 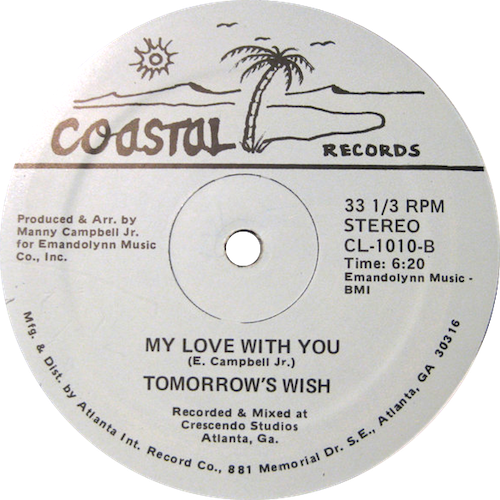 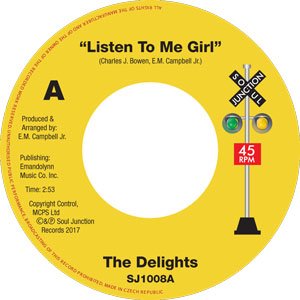 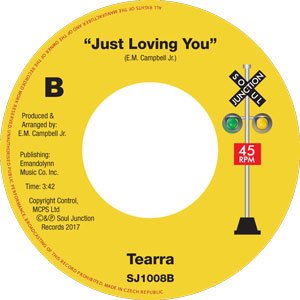