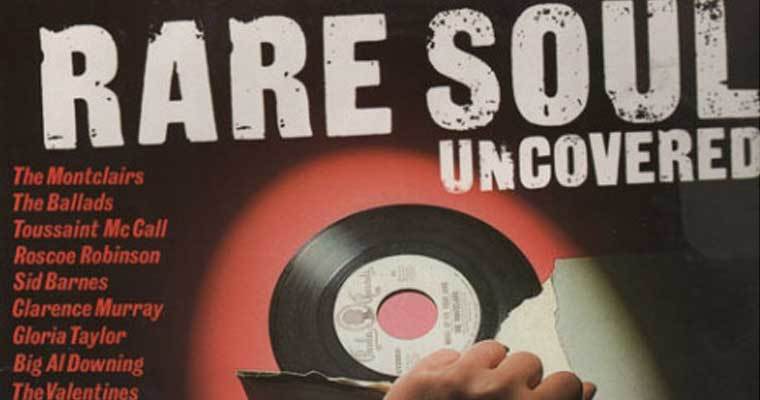 Was having another dig around the soul source back garden, and stumbled on this...

Another scanned sleeve notes ocr (not sure) type of thing done in the last century, this time around the scan is from the Charly Comp Lp "Rare Soul Uncovered" with the notes being written by Dave Evision.

The notes are not really that related to the actual tracks, its basically a take on the 'History Of Northern Soul' as it was circa 1984. As always these notes do provide a 'snapshot' in time of attitudes etc

With the demise of the famous Wigan Casino All Niter rumours were rife that the remaining faithful Northern Soul fans still left would be duly buried in the rubble, along with the dance floor the balcony and of course a thousand and one memories of great all niters past. What the doubters had not bargained for was the fervent never say die attitude of soul fans throughout the U.K. bred into them by their memories spanning back to the early sixties. It had been this pride and appetite for the continuation of this unique scene', as it is affectionately known. That has proved beyond any doubt that Northern soul and it's dedicated followers are part of the longest lasting 'fad' known to man!

For the uninitiated the interest for this special type of music broke out in the mid-sixties. It was felt that when the opposite numbers on the other side of the Atlantic were sucked into the whirlpool of Beatle mania that if they didn't want their own home grown mainly black artists, then we would be only too pleased to oblige by flying their flag for them. It seemed a fair swap Suddenly we found an underground cult in our midst. Manchester seemed as good a geographical place as any to provide the launch pad for this seemingly unwanted American music. Venues rapidly sprung up. with the Twisted Wheel acting as command H.Q, flanked by the Bluenote nearby and the Top Twenty out in the suburbs. Sheffield followed suit with the Mojo. in Bradford it was the Ambassador and so on. Taking in predominantly Northern and Midland cities. Leading soul journalist and co-founder of the legendary Soul City label. Dave Godin claimed responsibility for christening it Northern Soul.

At this point the interest had broken into an epidemic with curiosity and demand for the music spreading at a breathtaking pace. The symptoms were for rare. Collectable sounds preferably with a fast beat.

By the early 70's it was becoming increasingly difficult to prevent the lid from blowing off the top of the pot. As the pot was overflowing with an expanding army of soul fans eager to digest as much new vinyl as their little legs could dance to. D.J.'s found themselves virtually as mothers feeding their young. Not daring to fail to obtain more and more different sounds, yet ensuring that only the rare. Collectable and danceable tunes would suffice as the fodder. By the early 7Os the Wheel had closed but hot on it's heels

By the early 70's the Wheel had closed but hot on it's heel's came other all-nighters like "Up the Junction" in Crewe and 'The Catacombs' in Wolverhampton but it was the 'Golden Torch' in my hometown of Stoke On Trent which took over the reins as the leading haven, probably due to it's capability, like the Wheel before it, to actually import obscure Americian soul artists in as live acts. Inevitably, commercialism was bound to creep in, as this different way to social life became increasingly popular. The music press infiltrated first, followed closely by the national daily's. All levels of radio and even T.V. documentaries, Everything from £100.00 singles to baggy trousered youths hitching from every part of the country became hot news for the media. The Casino had even over shadowed the Rugby Club and the Pier. Inquisitive faces seen for the first time, guaranteed weekly packed houses. Purist veterans of the Wheel and Torch days reluctantly accepted that the secret was out and many flew the nest.

The mid to late 70's were very healthy. with other equally popular allniters from Cleethorpes to Sheffield and Newton Aycliffe to Yate. One venue seen by many as the engine room of Northern soul, was by far the most popular non allnighter, that was Blackpool Mecca.

In compiling the album I have included soul sounds which have spanned from those unassuming and innocent days of the 60s right through to music still popular at present.

Hopefully these sleeve notes will give you an insight into what for me have been 16 very happy years, both as a D.J. and more importantly as a hard core, grass roots soul fan, who like thousands of others has been privileged to experience this unique phenomenon. Finally to all you youngsters out there welcome aboard... and to all the regulars over the years.... Thanks for the memory. 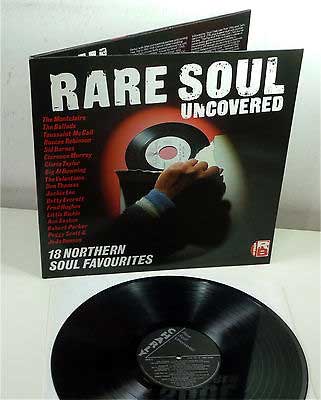