By Rick Cooper,
June 1 In All About the SOUL

In case anyone missed it, Mike found this article four years ago in Detroit Free Press from May 1966.   A Record Is Made  with Sweat and Soul BY LORAINE ALTERMAN  Emotion filled

This is me with Harry Weinger twenty years ago. Unfortunately the writing on the box is illegible. Can’t answer either question, sorry. 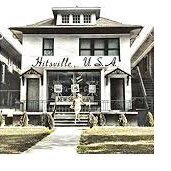 I think it was Love , which turned into hate.....   Can I say we all owe Mr Godin a tremendous thanks for his role in the Motown story here in the UK (Affected my life from 1967). No Godin,