Ace / Kent records are proud to announce that they have signed a deal with Pied Piper Productions for licensing their legendary mid 60s Detroit soul recordings. The vast majority of the master tapes have turned up along with unreleased gems from September Jones (4 stunning tracks including the original versions of both Mikki Farrow’s Karate sides with different lyrics), The Cavaliers, Willie Kendrick and our very own Lorraine Chandler. Lorraine’s tracks include a stunning ballad called ‘Lost Without You’ and the ethereal beauty of ‘I Hear Music’.

The tapes are being copied in the USA and hopefully more gems will emerge for Northern Soul spins and eventual Kent releases. If you have already secured your tickets for this sold-out night of bliss, get down early for the first listening spins or wait until the peak hours to debut them on the floor.

Pictured is an original acetate of September’s ‘Stuttering Sam’-written by Lorraine along with Jack Ashford, Shelley Haims and Joe Hunter and a master tape box of that plus her ‘Voo Doo Madamoiselle’ 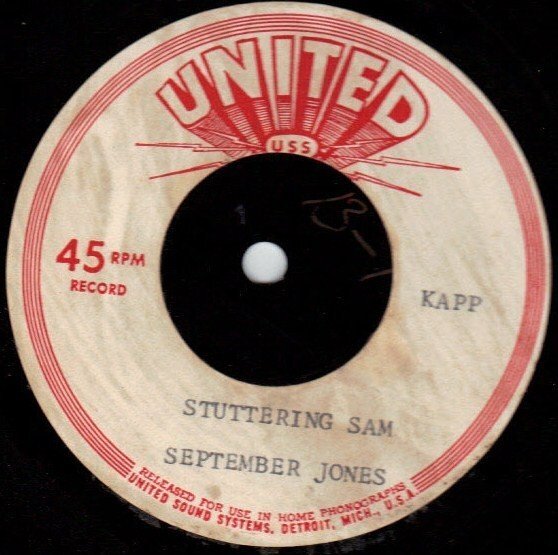 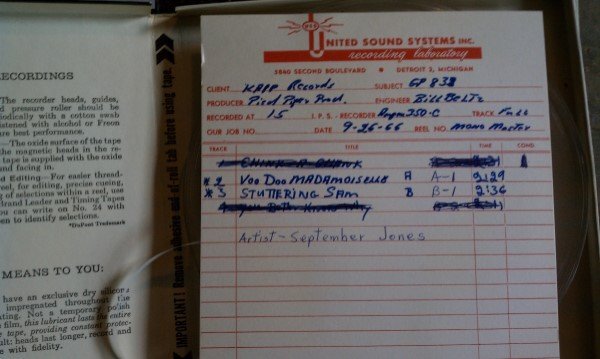